In a potential preview of Sunday’s UTS2 final, Alexander Zverev and Felix Auger-Aliassime squared off in a thrilling match at the Mouratoglou Tennis Academy on Saturday night. On paper the stakes were relatively low, as both The Lion and The Panther were already given automatic spots in the semifinals. But it probably meant a little … Continued 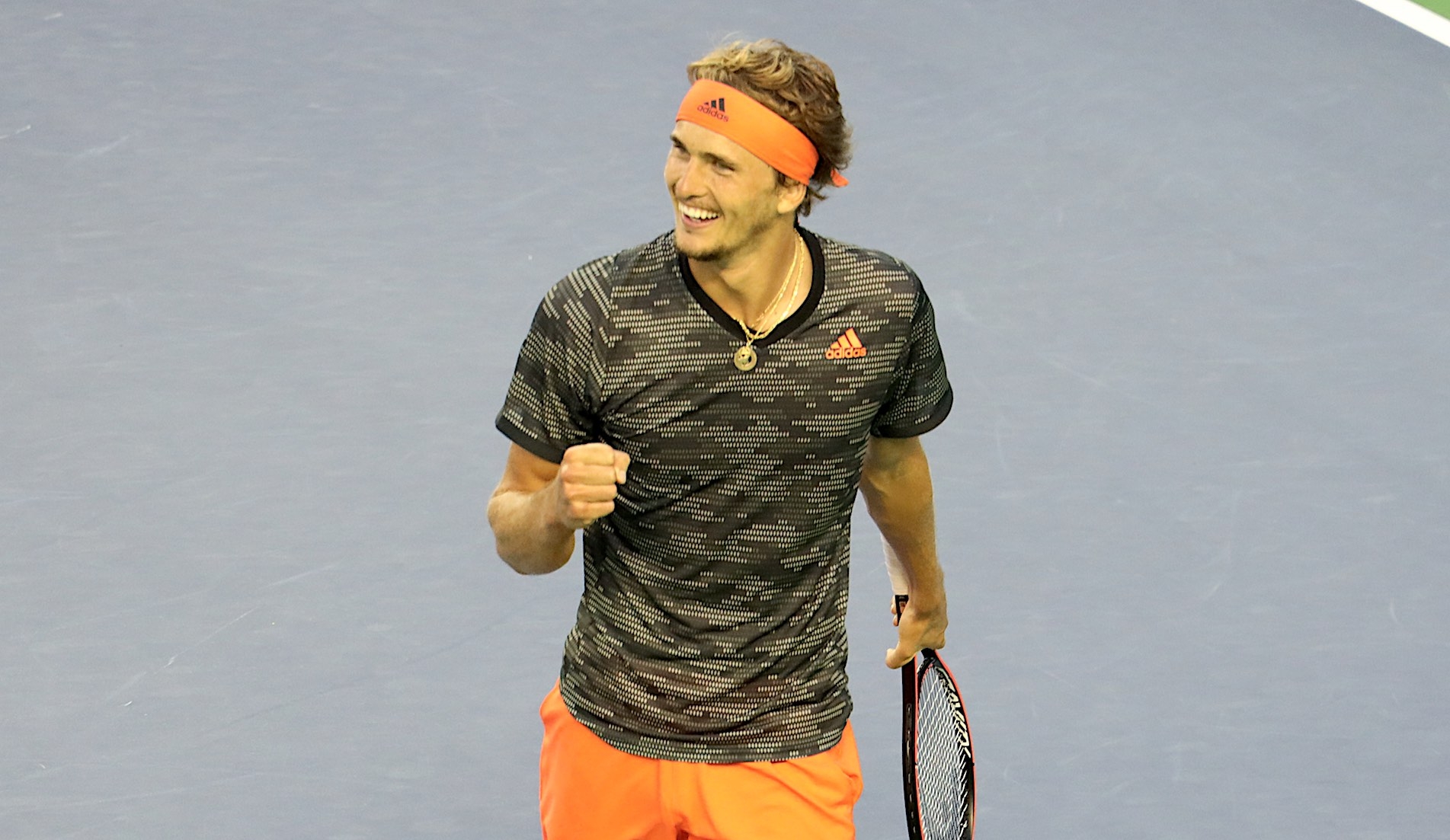 In a potential preview of Sunday’s UTS2 final, Alexander Zverev and Felix Auger-Aliassime squared off in a thrilling match at the Mouratoglou Tennis Academy on Saturday night.

On paper the stakes were relatively low, as both The Lion and The Panther were already given automatic spots in the semifinals. But it probably meant a little bit more, as the winner would be able to handpick his opponent for Sunday’s semis – and surely neither one wants to meet a red-hot Richard Gasquet.

Rematch anyone? 👀@AlexZverev has the last word against fellow UTS first-timer @felixtennis.

He saves a match point in the sudden death to win a suspenseful showdown. #UTShowdown pic.twitter.com/cd6cUZ17R1

And that is exactly how it turned out. Zverev came out on top following a sudden-death finish and – unsurprisingly – he picked Corentin Moutet as his semifinal opponent instead of Gasquet.

Perhaps due to being unaccustomed to the unique format of UTS, neither player used his first card with any effectiveness in the first quarter. Zverev won both of the points when he had to serve and volley, while Auger-Aliassime took care of two straight even when he had a first serve taken away. The Panther inched ahead 10-8 on his own serve, but he promptly gifted two “mini-breaks” so to speak and Zverev got back on serve at 10-10. Time expired in the middle of the next point (which was worth three, albeit of no matter), making it a winner-take-all situation – and the Lion came up with a forehand winner to clinch it.

“I’m just a tactical genius, that’s what I am.”@AlexZverev has arrived to UTS in style… 😅#UTShowdown pic.twitter.com/Vg6RRUcYRV

“I’m just a tactical genius; that’s what I am,” Zverev quippred. “Using the winner counts three card in the last 30 seconds is not a smart idea, but I just went for it.”

“I didn’t play my cards well,” Auger-Aliassime admitted. “I thought the winner times three card was a good card, but I made errors on both of those points. Everything was played on that 10-all point and he played well.”

Zverev took control of the second quarter with a perfect backhand volley on a winner counts three card. That propelled The Lion to an 11-7 lead. Auger-Aliassime still had a chance down 14-10 with less than a minute left because he played a next point counts two card, and he won both of the ensuing points to draw level at 14-14. Yet another deciding point was the result, and Zverev once again won it after time expired – this time with a forehand drop volley.

“The crowd is amazing,” the German joked. “The atmosphere is the best we have played in the last six months.”

“It’s not over,” The Panther assured. “One point in each set, it shows how the small the margins are. My coach would tell me to hang in there and give myself opportunities. We prepared before, now it’s my time to find some solutions.”

The Panther on the prowl

The Lion continued to assert himself in the third, using a next point counts two card to extend his lead from 5-3 to 7-3. But the next point counts two card came in handy for The Panther just as it did in the opening frame, taking him from 5-8 to 9-8. Zverev responded by capitalizing on one of his winner times three plays, which led to an 11-10 lead for The Lion. At 12-12, Auger-Aliassime emerged victorious in a grueling rally and survived the next point with time expiring as Zverev took a tumble.

The fight is ON 😈

“It was so tight,” the Canadian commented. “I was down at one point; it was getting really tough. We had a long rally at the end that was decisive. I’m having fun; it’s good to be back.”

“I don’t want to see sudden death, but both of us are in the semifinals anyway,” Zverev noted. “It gets more serious tomorrow.”

Success appeared to be short-lived for The Panther when he lost the first eight points of the fourth and final quarter. Trailing 8-0 signaled desperate times for Auger-Aliassime, prompting him to use each of his two cards with more than five minutes remaining. The 19-year-old converted both, winning a pair of double points and then stealing Zverev’s serve points to reel off two more points in succession. After also losing eight straight points, The Lion chose his time to use a card. He forced Auger-Aliassime to serve and volley twice in a row, but the Canadian managed to win both points – extending his streak of points to 10. Zverev eventually got back on the scoreboard, but not in time to turn the tide back in his favor.

“I thought it was over,” The Panther said. “I was like, ‘It’s over.’ But that’s the good thing about the cards, I guess. It was pretty crazy to go 10 points in a row. To be honest I thought I was done.”

“You told me you wanted sudden death,” Zverev said to the commentators.

The Lion seemed to want it, as well. Despite his fourth-quarter collapse, he came back out and saved one match point right away in sudden death and then won two straight points to clinch victory.