Zverev is the king of the jungle and of UTS2 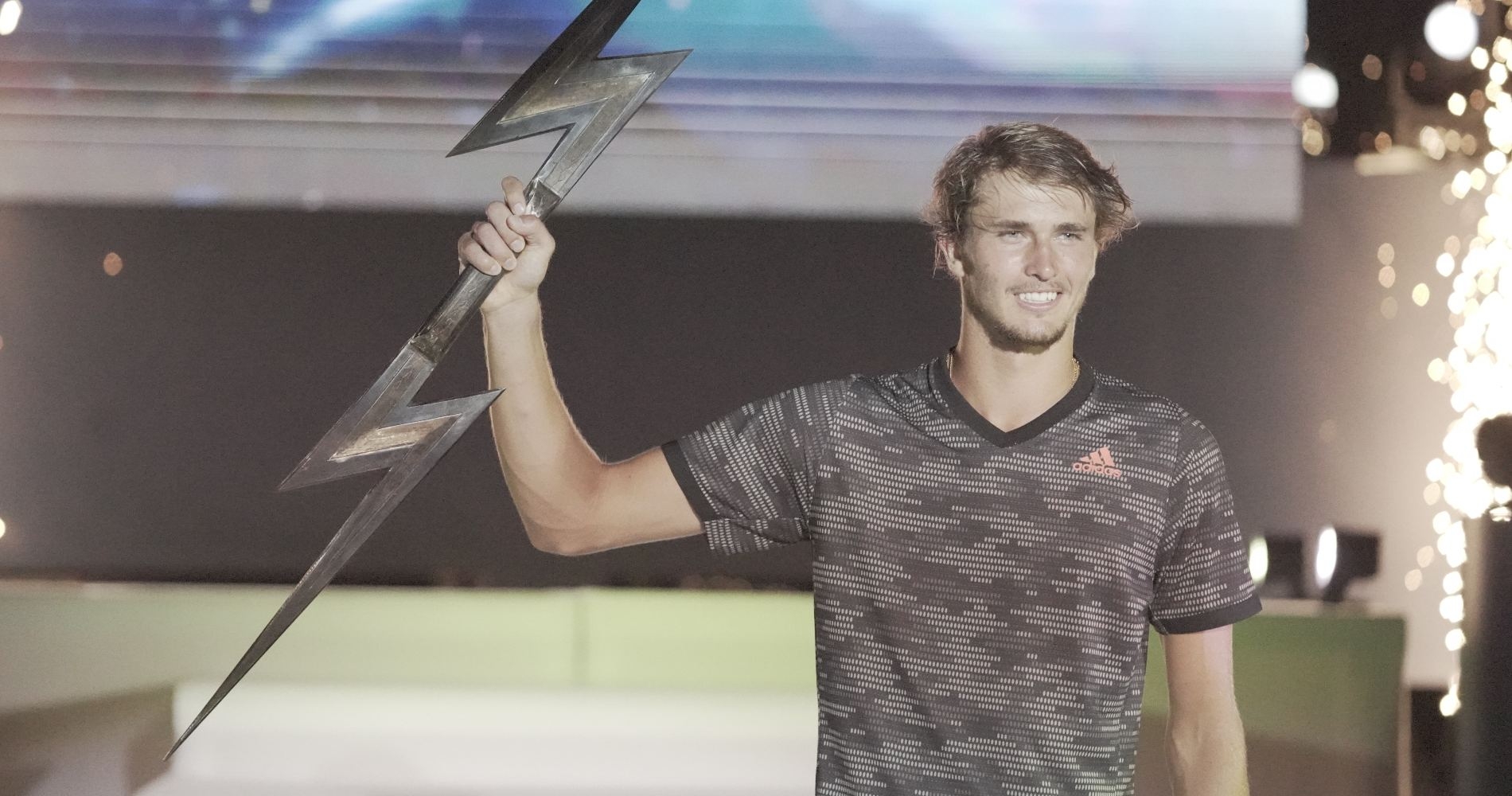 Sudden death has been the story of Ultimate Tennis Showdown. All three finals have required it, the third being Sunday night’s UTS2 title match between Alexander Zverev and Felix Auger-Aliassime.

The King of UTS’ Jungle 🌱

The first quarter was one-sided basically the whole way in Zverev’s favor. In fact, the last time Auger-Aliassime was even tied was 2-2. The Panther got close at 7-9 with a successful next point counts two operation, but it was all Zverev from there.

“It was high-quality,” The Lion assessed. “It was intense. Now it’s a final, unlike yesterday.”

“I’m not playing the greatest,” Auger-Aliassime admitted. “I was frustrated with two line calls, as well. I should have played my cards earlier, but that’s how it is. I’ll try to do better.”

Drama comes in the second quarter

The Panther played much better in quarter two, quick to bring some momentum on his side. He earned a 9-4 lead by winning a next point counts two situation with a forehand smash volley. However, Zverev responded with a pair of next point counts two successes to pull within 9-8. But Auger-Aliassime refused to relinquish the entire lead, using a take away one serve card at an opportune time while leading 11-8 with only two minutes remaining. Still ahead 12-11 with time expiring on the final point, the 19-year-old produced an amazing backhand pass to tie up the match.

From great to greater 🤩

This match just keeps getting better. What a second quarter finish from @felixtennis who levels the match 1-1 against @AlexZverev.#UTShowdown pic.twitter.com/XreXzh7eX1

“I was thinking about running out the clock (on the second-to-last point), but he hit a great backhand,” The Panther said. “I just found a way to close it out. It was so tight. Like yesterday, one point makes the whole difference.”

“I played a pretty good point, but it was just too good from Felix in the end,” Zverev praised.

The Panther pulls ahead

Neither player could take control throughout much the third quarter. Each man used one card apiece en route to an 8-8 tie, but without much success. Zverev went ahead 10-8 on a next point counts two card, but Auger-Aliassime used a next point counts two card of his own and capitalized on both of those opportunities. With a 13-10 lead in hand in the final minutes, The Panther started swinging out with more and more confidence and sprinted away with the quarter.

“It was tight until 8-all, then we both used our times two card,” the Canadian explained. “I won both. The quarter was really tight until then.”

Last month’s UTS1 final between Matteo Berrettini and Stefanos Tsitsipas went to sudden death (won by Berrettini). So did Sunday’s women’s final between Anastasia Pavlyuchenkova and Alizé Cornet (won by Pavlychenkova). This one did the same thanks to a dominant fourth quarter by The Lion.

The Lion roars back 🦁

You asked for a sudden death? Get ready for a wild ride 😏 @AlexZverev and @felixtennis are making the suspense last tonight.

“Same thing as yesterday,” the seventh-ranked German reflected. “The whole tournament is going to be decided by two points. Let’s give it a go. Lion and Panther, we have to decide who the king of the jungle is.”

“It’s a good match. We’re both playing well. It’s a bit of a coin toss this thing. Hopefully I can just win two points in a row.”

King of the jungle

The Panther won the opening point, but two in a row was not to be. Zverev came up with an unreturnable first serve to save championship point and then converted the first championship point of his own when Auger-Aliassime netted a backhand. Unaware of the exact sudden-death format, The Lion hilariously had to be told that the match – and the tournament – was over.

“I am not drunk yet,” Zverev said when commentator Pete Odgers asked The Lion for a victory roar. “Give me two hours and I will give you a better one. I didn’t know I won after the last point. I thought on the last point I needed to win my serve.”