Are doubles specialists paid too much? – Match Points excerpt

Match Points is a talk show about tennis, hosted by Josh Cohen for Tennis Majors. In this episode, Josh asks the panel how they feel tennis could get the most out of doubles. 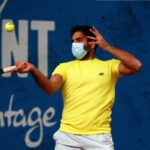 Should tennis scrap the 2020 season now and prepare for 2021? – Match Points excerpt
Next

Our Match Points panel today consists of former Wimbledon champion and world No 7 Marion Bartoli, ATP world No 225 Noah Rubin (founder of Behind the Racquet) and American journalist Ben Rothenberg. The guests joined Cohen to give their take on the state of doubles and whether or not significant changes should be made to the format.

Bartoli, whose controversial comments about doubles made headlines two weeks ago, clarified her stance further. She says doubles doesn’t need to be completely axed from the sport, but stands firm in her belief that doubles players are making too much money compared to their singles counterparts.

“Don’t want to necessarily speak for their plans, but they are definitely not ready to retire” – Coach on Venus & Serena Williams 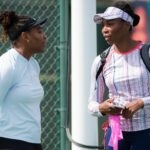 Viktorija Golubic won against Andrea Petkovic 6-4, 6-3 on Tuesday and will face... 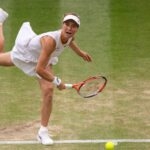 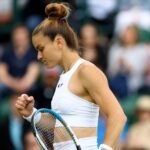 Ostapenko on the charge, beats Dodin to make second round

Jelena Ostapenko beat Oceane Dodin 6-4, 6-4 on Tuesday and will face the... 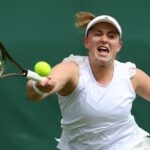