Match Points is a talk show about tennis, hosted by Josh Cohen for Tennis Majors. In this extract, Josh asked our three guests whether tennis could work with no fans? 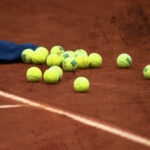 When and how will tennis return? – Match Points #2
Next 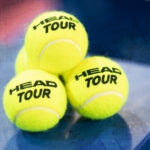 When should tennis come back? – Match Points excerpt
The figures

For episode 2 of Match Points, our three guests are Serena Williams’ coach Patrick Mouratoglou, the ATP world number 225 Noah Rubin (founder of Behind the Racquet) and the American tennis journalist Ben Rothenberg.

With big gatherings of people banned around the world due to the spread of Covid-19, tennis is trying to figure out how best to deal with the new normal, if and when they are given the go-ahead to return. Host Josh Cohen asks: Does fanless tennis make sense?

Rothenberg questioned whether tennis can afford to play without spectators.

Tournaments are now doing the maths to see what happens when you lose all ticket sales, food and beverage, hospitality suites. Generally, TV ratings in tennis are not enough to keep a tournament afloat the way they might be in the NFL or the NBA. It will take some compromising.”

For Mouratoglou, the only way that tennis tournaments can happen without fans is if the players make a sacrifice.

Unless the players accept to cut a big part of their prize money, it’s not going to happen behind closed doors. We have to realise that most of the tournaments lost their sponsors, because which company is going to sponsor an event now, considering that they are all losing so much money and firing people. This is a really tough moment for tennis.

Would players accept a cut to their prize money? Rothenberg says they might have to think about it.

“You could see if the US Open said, hey guys, you can come, play with no fans, but you get 30 percent of the normal prize money…”