Eye of the Coach #57: Holger Rune is young but not scared of anybody – and he knows how to win

In the latest episode of Eye of the Coach, Patrick Mouratoglou talks about the qualities of Holger Rune, the revelation of Roland Garros 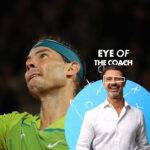 Eye of the Coach #56: Playing at night doesn’t suit Rafael Nadal – and here’s why
Next 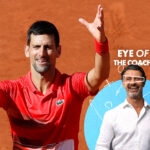 Djokovic is the only one who has found solutions against Nadal on clay : Eye of the Coach #55
The figures

Holger Rune is one of the revelations of Roland-Garros 2022. The 19-year-old Dane reached the quarter-finals of the Paris tournament in his first appearance, his best result in a Grand Slam. The world No 40 dominated Denis Shapovalov,15th in the ATP rankings, in the first round and then Stefanos Tsitsipas, finalist in Paris last year and world No 4, in the round of 16.

In 2022, the Mouratoglou Academy resident had the best season of his career. He won his first ATP title in Munich at the beginning of May, beating his first Top 10 member, world No 3 Alexander Zverev. Holger Rune is currently ranked a career-high 40th in the world and his run at Roland-Garros will ensure he breaks into the Top 30.

In the latest episode of The Eye of the Coach, Patrick Mouratoglou, Simona Halep’s coach, assesses Rune’s talent – concluding that he has enormous potential and could soon become one of the best players in the world.

Key moments in Eye of the Coach 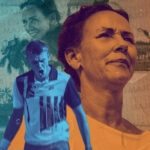 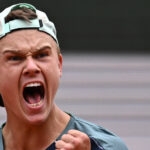 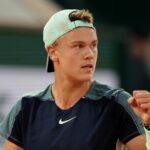 Astana Open: Rublev through to semi-finals

Tiafoe through to Japan Open semi-finals 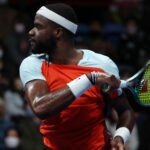