Magic, tweener, drop shot: The Top 15 points of UTS1
Next

The Greek God Stefanos Tsitsipas is the master of Sudden death tennis, but can he also break through walls? Today we’ll find out as Tsitsipas will face David Goffin in what could very well be a preview of tomorrow’s first UTS final. A clash of stunning, stylish aggression against steady, tactical ingenuity.Goffin has rounded into form perfectly over the last three weeks, winning his last three matches, and five of his last six.

“He has all the weapons in the book. He just needs to be more aggressive. And especially against the top guys. It’s tough to beat him from the baseline. You have to hit and come in and maybe sometimes try to keep the points shorter.”

“Stef knows what to expect”

But can the Wall shatter the invincible aura of the Greek God?

“Stef played him a couple of times, so he knows what to expect”, analyses Kerei Abakar, Tsitsipas co-coach.

After all, Tsitsipas has been living dangerously and has struggled to play a flawless four quarters.

“He’s the biggest fighter I’ve ever met”, Kerei Abakar stands. “When you see that he’s two sets down, he brings the best. I’m never worried to be honest.” 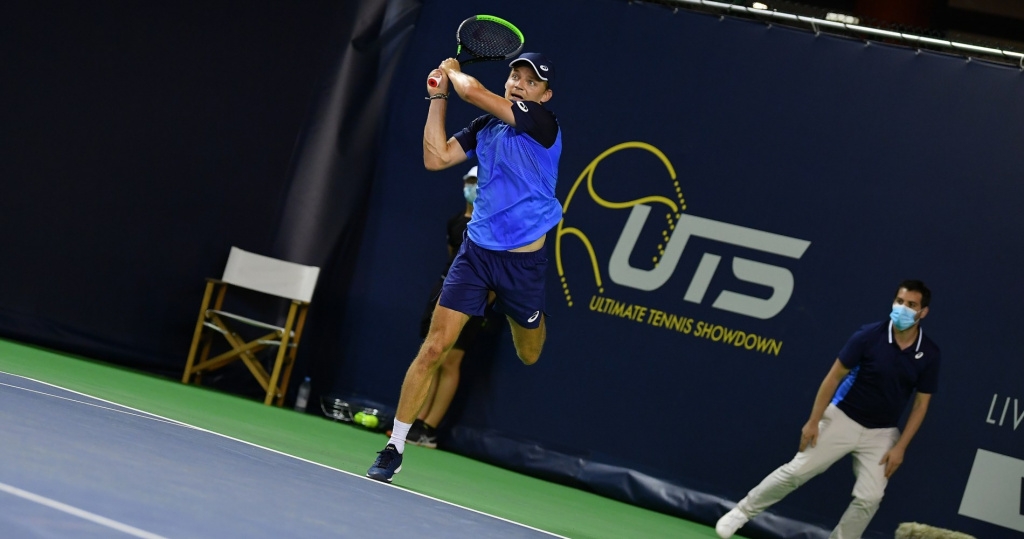 Goffin has yet to beat a Top 10 player at UTS but here is his opportunity to make a strong statement before the final four begins.

“Goffin will be desperate to get a Top 10 win”, Pete Odgers thinks. “This will be a test for him today against Tsitsipas. He does love to counterpunch, so we know that he can deal with the pace and the power. We know that he’s happy with that.”

It’s a tall order but if The Wall stands firm he just might make it happen.