Relive UTS1′ Day 4 action with the best points from all the matches, including the highlight matchup between Dominic Thiem and Stefanos Tsitsipas.

Preview: The Hammer and The Rebel offer a clash of styles and personalities
Next

Dustin Brown – 3 minutes to learn more about “The Artist”

Thiem battles past Tsitsipas in classic clash of UTS stars

Richard Gasquet kept up his outstanding level of play to dismantle a perplexed Dustin Brown 23-10, 20-5, 18-13, 18-10 and record his third win in four matches at Ultimate Tennis Showdown. The man nicknamed The Virtuoso followed up his brilliant victory over Dominic Thiem on Saturday and, if anything, found another level to record his third victory of the tournament.

A Tornado rolled into the south coast of France on Sunday as late call-up Corentin Moutet breezed past young friend and rival Alexei Popyrin to open his Ultimate Tennis Showdown account (14-8, 14-12, 17-14, 14-11). It was an intriguing ‘Next Gen’ match-up between the two youngest players in the field, and the pair had actually come face to face earlier in the year when the Frenchman triumphed en route to the Qatar Open final (6-2, 6-4). 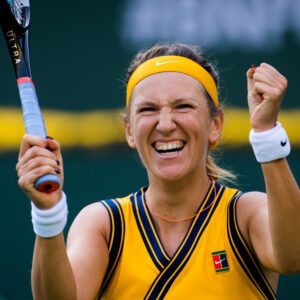