Federer calls Gasquet win “one of the highlights of the year”; ready for facing improved Cam Norrie on home turf 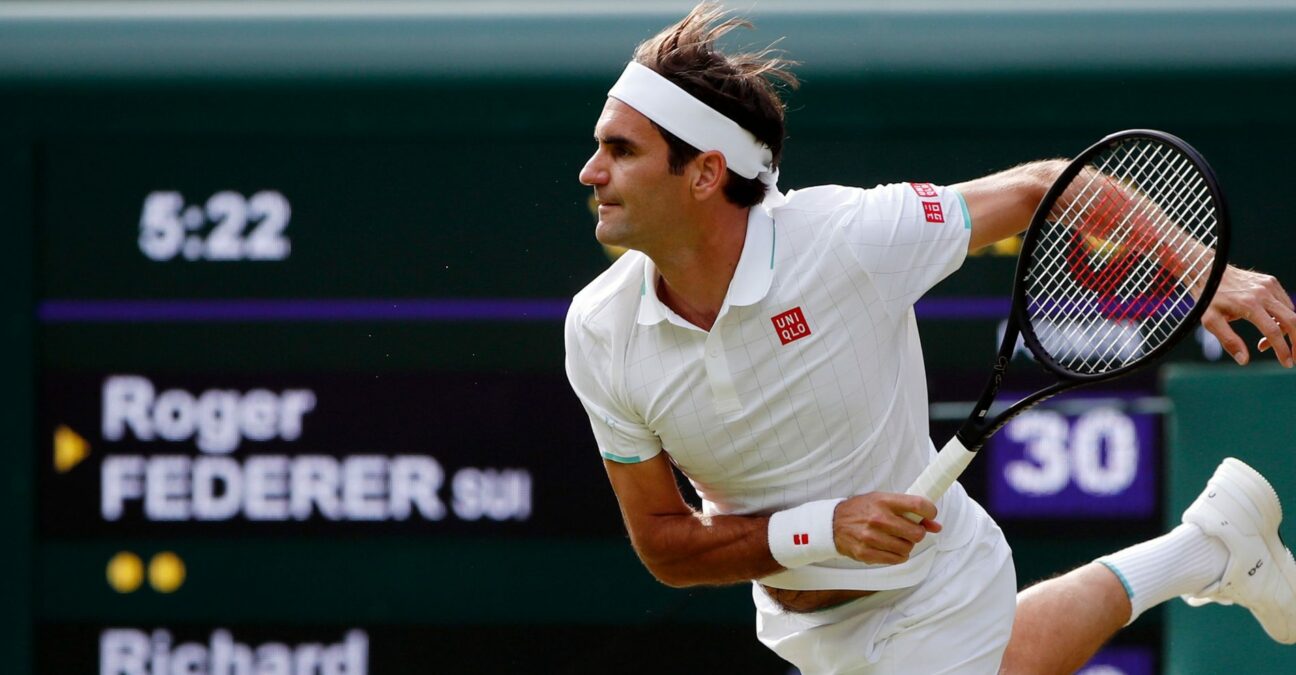 Eight-time champion Roger Federer played some of his best tennis since his return from double knee surgery earlier this year, as he scored a straight-sets win over 35-year-old Richard Gasquet to advance to the third round at Wimbledon.

With the win, the Swiss improved to 19-2 lifetime against Gasquet, a former world No 7 and also a three-time Grand Slam semi-finalist – two of those coming at the All England Club. Speaking in the press, Federer stressed about the importance of getting ahead early and playing more confidently once he had the lead.

“I thought it was a good match. Felt good physically. Much more relaxed in many ways, as I was able to play a really good (tie)breaker, then have a great sort of 32 minutes to whatever the end was, almost an hour, hour and 15. I think it is really crucial for guys to be able to stretch the lead. What I was able to do today gives you a lot of confidence. You can start to play so much more freely. Then the shot-making comes into it, then the variation comes into it, also move correctly, you’re much more clear in your head.”

The win improved Federer‘s record to 7-3 (5-0 in Grand Slams with one walkover) this year, and the Swiss said the match was one of his top three performances of the season. “I was actually very happy with my (Dan) Evans match this year (in Doha), the (Marin) Cilic match in Paris was good for me, too. I think this one is up there with the top three. It was definitely, like you said, one of the highlights of the year so far.”

As is the norm on most occasions that he walks on to the court, Federer had the complete support of the Centre Court crowd. The 39-year-old was asked when he first remembered being the crowd favourite at Wimbledon, a tournament where he has tasted more success than any other Grand Slam in his career.

“Maybe first round 2002. Lost first round in straight sets because I came off beating Pete the year before, playing against Henman in the quarters that year, then people thinking obviously I was one of the favorites coming in 2002. I was ranked maybe top 10 at the time (9, editor’s note). I finished 6 in the world. I felt like there I had crowd support. It was short-lived. I lost first round to Ancic and went home. Obviously in the Wimbledon Sampras match, I felt like actually the crowds were really cheering me on. I saw highlights the other day. I was like, Wow, actually the crowds were quite fair with Pete going for his eighth total I believe. Anyway, that was a big moment to be on that court and share it with Pete and actually get crowd support there. I would think that probably was it, actually the first one.”

That clearly gets my attention. I’m excited to play against him in the third round.

On Friday, when Federer walks out on to the Centre Court, he might find the crowd rather divided as he faces local favourite Cameron Norrie.

25-year-old Norrie is currently sitting at a career-high ranking of No 34 and has rapidly improved over the past year. The Brit had never been past the second round at a major prior to the pandemic-induced shutdown in March 2020. On Thursday, he defeated Australian Alex Bolt 6-3, 6-1, 6-2 to move into the third round at Wimbledon for the first time and for the fourth consecutive Slam in a row. That is something that has not gone unnoticed even by Federer.

“I see good improvements from him. I remember when he came on tour, he was really steady off the baseline. But I feel like everything in his game has gotten a little bit better, if it’s just the serve or the zip on the forehand, and the backhand has always been really clean. I think the confidence is growing. I feel like he’s worked on his game. You don’t want to see the same guy again a year and a half or two later who hasn’t improved anything. That is to me just such a waste and such a disappointment. But he has not done that. That’s why I’m really happy for him. I’m excited about the match. He’s a good guy, too.”

The two have never met on the official ATP tour, but Federer does have one straight-sets win over Norrie at the Hopman Cup in 2019. But with Norrie playing the best tennis of his life and coming off a runner-up finish at Queen’s last week, Federer knows it won’t be an easy match.

“About the Hopman Cup. I felt like I played good there. I played really well in Perth every year that I went. I was expecting to win there as well. I don’t know, here may be different. He had a good win last week. A very convincing victory today. That clearly gets my attention. I’m excited to play against him in the third round.”

Spekaing about the divided crowd support on Friday, Federer said that while he is used to being the crowd favourite, he does not expect it every time he steps on to the court and would like to see a fair crowd who appreciate good tennis from both players.

“I never really walk out and expect everybody to be for me, to be honest. You know how it is. You want to see a close match, too. It does go in phases. When you see another guy hit great shots, I hope they applaud the guy. You want the atmosphere to be there. If it’s sort of one way only, it’s also not what it’s supposed to be. I think you applaud in tennis the good shots, the good plays. Eventually when it gets really, really tight, down to the wire, this is where you see who people are cheering for. At the end of the day you have to focus on your game. If the crowd gets into it, it’s good, even if it’s maybe for him. Let’s see what happens (on Friday).”