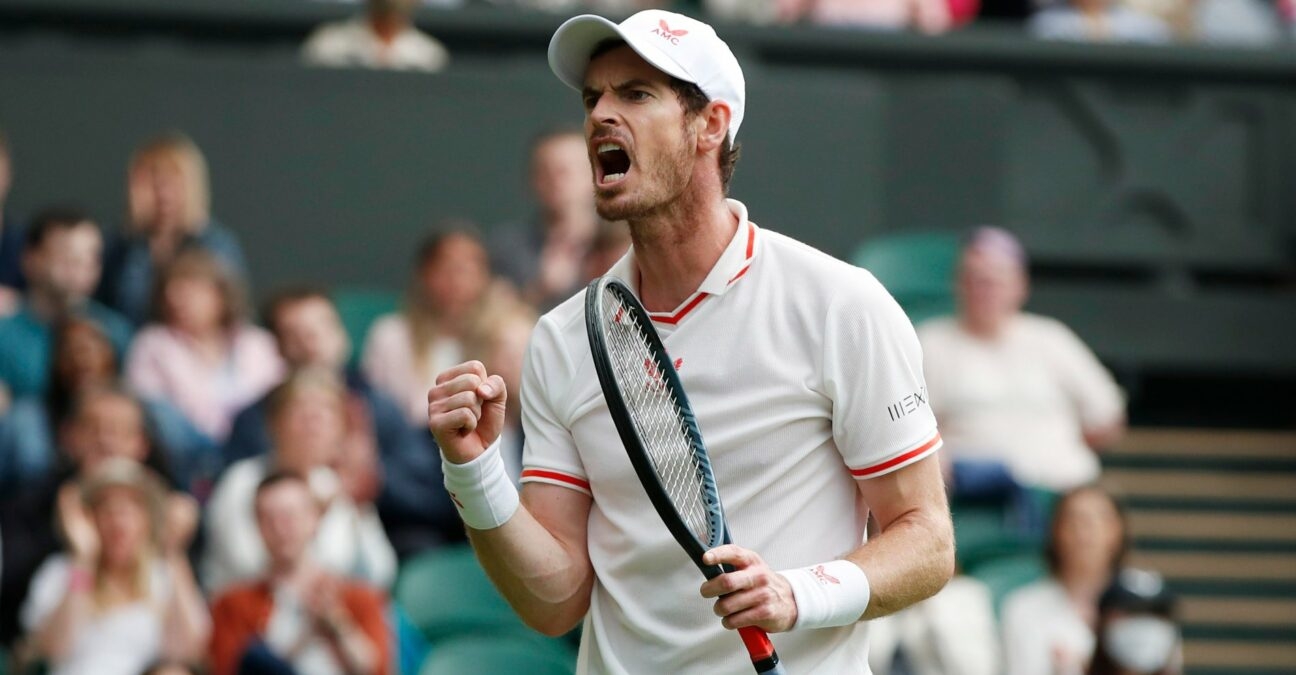 For the second match in a row, Andy Murray kept the fans and his support box on the edge of their seats before coming from two-sets-to-one down to defeat world No 151 Oscar Otte 6-3, 4-6, 4-6, 6-4, 6-2 and advance to the third round at Wimbledon. Murray needed three hours and 51 minutes to defeat the German qualifier, who had also stretched Alexander Zverev to five sets at Roland-Garros in May.

After undergoing hip surgeries in 2018 and 2019, sustaining a pelvic injury at the end of 2019, and testing positive for COVID-19 earlier this year (which forced him to miss the Australian Open), Murray called the win one of the most satisfying of his career while speaking to the press.

“A lot of what I’m doing now is harder than a lot of the stuff I was doing when I was in my mid 20s in many ways because of the physical issues that I have had and stuff. Yes, it’s tough obviously going out and playing matches of that length when you know you have not had many matches, not had loads of preparation. And not played a whole lot of grass court tennis in four years.”

The match was halted at 2-2 in the fourth set in order for the roof on Centre Court to be closed, and that might have proven to be a pivotal moment for Murray, as he came back stronger and energized in the final act of the match, egged on by a vociferous Centre Court crowd.

Murray: “I picked a few people in the crowd and was basically staring at them pretty much after every point”

The 34-year-old Brit explained how he fed off the crowd energy, and picked on a few specific fans to focus on during the match to keep him motivated. “I think in the last hour and a half of the match when we came back out after the roof, I was, like, I need to have more energy, I need to try and engage with the crowd more. I picked a few people in the crowd and was basically staring at them pretty much after every point and trying to just engage with them. The crowd created a great atmosphere, but I think I was also engaging them and we were feeding off each other a lot at the end. I’m aware in the moment I know what a great atmosphere is in tennis. I have played in a few of them over the years, and that was definitely one of them. Obviously when the atmosphere is like that and things are going your way, it’s a nice feeling.”

During his first-round on Monday, Murray put his fans and family through a rollercoaster ride. He led two-sets-to-love and 5-0 in the third set against Nikoloz Basilashvili before the 24th seed won seven games in a row to claim the third set. Murray bounced back to win the fourth set and had another difficult time on Wednesday.

When asked if he knew what his family went through while watching him play these kind of matches, Murray said he knew it was difficult for them to watch while being on the sidelines.

“The one time where I kind of realized, it’s slightly different from a match like tonight, but when I watch back like the highlights of the Wimbledon final in 2013, seeing my mom in the crowd and at the end of the match, when I had the match points and then he came back in that game, I found that quite difficult to watch to see how hard it was for my mom and my wife. I kind of realized then what it must be like for them. But that was in the most kind of intense of matches and intense of moments. But they should be used to it by now.”

Murray will now face 10th seed Denis Shapovalov, who received a walkover from Pablo Andujar, on Friday for a place in the fourth round.