July 14, 2019 : The day Djokovic beat Federer for the third time in a Wimbledon final

Every day, Tennis Majors takes you back in time to relive a tennis event which happened on this specific day. On this day, in the Wimbledon final, Novak Djokovic broke the hearts of millions of Federer fans throughout the world 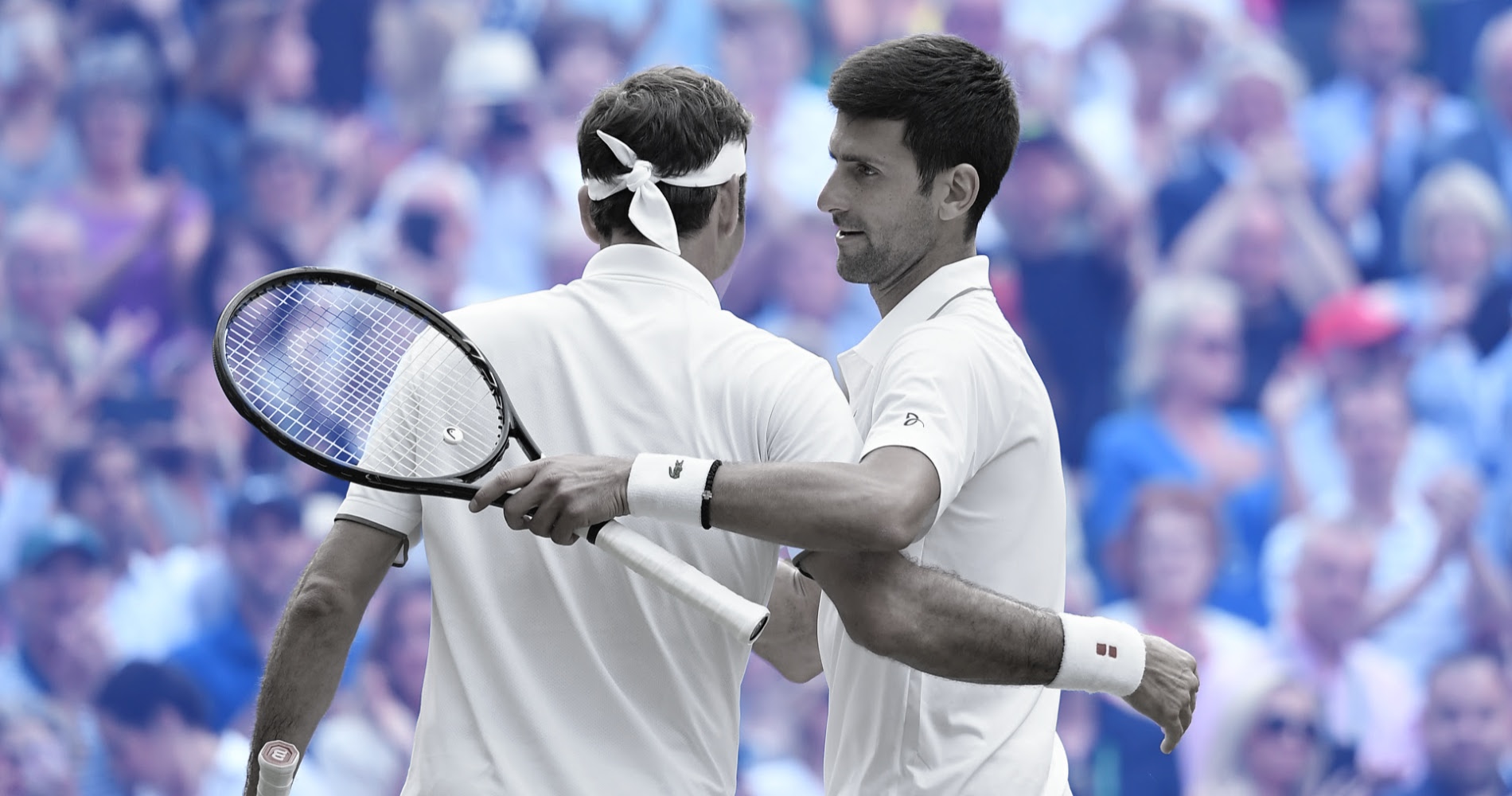 On this day, the 14th of July 2019, in the Wimbledon final, Novak Djokovic broke the hearts of millions of Roger Federer fans throughout the world by edging the Swiss in five sets after saving two match points in the decider. Federer had had a hold on the match most of the way, but Djokovic proved himself mentally stronger on big points, winning three tie-breaks to triumph in the end 7-6 1-6 7-6 4-6 13-12. On this occasion, for the first time in history, the audience also witnessed a tie-break at 12-12 in the fifth set.

The players involved: Djokovic and Federer

• Novak Djokovic, the number one

Novak Djokovic was born in 1987. He entered the top 100 in 2005, finishing the year as world No 83. In 2006, he made himself famous by reaching the quarterfinals at Roland-Garros while ranked only No 63, after he beat world No 9 Fernando Gonzalez in the second round. His breakthrough year was 2007, when he reached the semi-finals at Roland-Garros and Wimbledon (stopped each time by Rafael Nadal) before making his way to the US Open final where he was defeated by Roger Federer (7-6, 7-6, 6-4). At the start of 2008, he triumphed for the first time in a major tournament, edging Jo-Wilfried Tsonga in the Australian Open (4-6, 6-4, 6-3, 7-6). Djokovic then remained world No 3 in the next three years, often reaching the last rounds of major events where Federer and Nadal kept preventing from adding more major crowns to his list of achievements.

Federer, the Swiss genius born in 1981, was 37 years old in July 2019. He had dominated the game outrageously in the 2000’s, especially between 2004 and 2008, conquering 12 Grand Slam titles before Nadal challenged him for the world No. 1 spot. In 2009, after three lost finals against his Spanish nemesis, he eventually triumphed at Roland-Garros, achieving a career Grand Slam that would made most of the tennis world consider him as the greatest player of all time.

In 2011, Djokovic became the best player in the world. Federer, who had claimed 16 Grand Slam titles between 2003 and 2010, did not lift a major trophy until Wimbledon 2012. In the next 11 Grand Slams, he reached the final only once – at Wimbledon in 2014, when Djokovic edged him in a five-set battle. Federer was also stopped three times in the semi-finals.

Djokovic defeated him in finals twice in 2015, at Wimbledon and at the US Open. In 2016, Federer had to put an early end to his season after losing in the semi-finals at the All-England Club. As Federer had not claimed a Grand Slam in four years, many experts now thought he was not capable of triumphing in major events anymore as, aged 34, he was getting old. They were wrong : Federer made a spectacular comeback in 2017, winning the Australian Open after edging Nadal in one the most awaited matches in tennis history (6-4, 3-6, 6-1, 3-6, 6-3).

In addition to that, he clinched the Wimbledon crown for the eighth time, setting an all-time record, and in 2018 he managed to defend his Australian Open title. He now held 20 Grand Slam titles, but once again, after 18 months without a major triumph, the same question arose: could he still compete for big titles, a few weeks before turning 38? 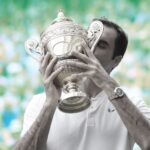 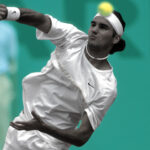 Wimbledon is the oldest and the most prestigious tennis tournament in the world. Held at the All-England Lawn Tennis and Cricket Club since 1877, it moved into its current location in 1922, the same year when the Centre Court was built. Considered by many as the most intimidating court in the world, with its famous Rudyard Kipling quote above the entrance (“If you can meet with triumph and disaster and treat those two impostors just the same”), Centre Court had seen the best players of all time competing for the title.

After the US Open switched to clay and then hard court in the 1970s, and after the Australian Open switched to hard court in 1988, Wimbledon remained the only Grand Slam tournament to be played on grass. A surface that is usually more suitable for serve and volley players. Not only did Wimbledon keep its surface, but it also maintained old-fashioned traditions such as the white dress code.

The 2019 Wimbledon final was the 48th encounter between Djokovic and Federer. Djokovic led 25-22 in their head-to-head series and in recent years had won most of their clashes. In fact, the Serbian had prevailed in their four last matches. Federer had not defeated Djokovic since the 2015 ATP World Tour Finals, and his last win over him in a Grand Slam was at Wimbledon in 2012. On top of that, Djokovic had beaten Federer in two consecutive finals at the All-England Club, in 2014 and 2015. Even if he held the amazing record of eight Wimbledon titles, Federer was not the favourite on the 14th of July 2019.

The two champions had reached the final without much trouble. Federer had even treated himself with a semi-final win against his old nemesis Nadal (7-6, 1-6, 6-3, 6-4).

Yet, in the first set, Federer dominated rallies, with a perfect mix of sliced backhands and blasting forehands. His fans hope suddenly rose; if he could keep that level, the Swiss could indeed beat Djokovic to claim a 21st Grand Slam title. At 5-4, Djokovic was close to losing the set when he got down 0-30, but for the first but not the last time of the day, he held his nerves to stay in the match. In the tie-break, Federer blew a 5-3 lead and he lost 7-5. Despite Federer’s 21 winners, against the odds Djokovic took the first set.

After all the efforts he had made in the first set, Nole collapsed in the second set. His level dropped catastrophically and he gave Federer the set, 6-1.

In the third, Federer kept putting increasing pressure on Djokovic, but the Serbian wouldn’t’ break. At 5-4, the Swiss obtained a set point thanks to an outstanding backhand volley, but once again, Djokovic didn’t panic and saved it with a serve winner. Pushed into a tie-break, Federer crashed and made several unforced errors, and Djokovic won his second tie-break of the day, 7-4.

The eight-time Wimbledon champion then made his strategy even more aggressive. Breaking Djokovic’s serve twice, he took the lead 5-2, and, even if he lost his serve for the first time of the match, he sealed the set, 6-4 to take his opponent into a fifth set.

This fifth set would last two hours. When Djokovic broke Federer to lead 4-2, it looked like the Wimbledon final was sealed. But Federer didn’t think so. Pushed by the Centre Court fans, who had clearly chosen the Swiss side, he gave his fans a new glimpse of hope and evened the score. At 7-7, this glimpse of hope changed into excitement as Federer had just taken Djokovic serve another time. He was now going to serve for a ninth title at the All-England Club.

A few blasting serves later, the unbelievable was about to happen: aged 37, Federer was actually going to win. With two upcoming match points on his serve, at 40-15, there was no way victory could slip from his hands. Excitement changed into exhilaration.  Yet, two points later, a missed forehand from the Swiss and a passing shot from Djokovic levelled the score. The Serbian went on to break Federer’s serve. Amongst Federer fans, excitement now changed into dismay.

Luckily, the Swiss had more mental resources than his fans. He kept on fighting, and at 11-11 he obtained another break point, but Djokovic bravely took the net and it was another missed opportunity for Federer. It would also be the last.

When they reached 12-12, Djokovic and Federer played the first final set tie-break in Wimbledon men’s singles history. It was one-sided. Once again, Djokovic’s nerves proved to be more solid and he won this historical tie-break, 7-3. The Serbian, who had played the entire match against an amazing Federer, but also against the crowd, who openly supported the Swiss, could enjoy his now usual bite of Centre Court grass. Back from the dead, he was the new Wimbledon champion and he now held 16 Grand Slam titles.

For Federer fans, dismay had now changed into heartbreak. They couldn’t believe their own eyes while looking at the statistics. Not only did Federer win more points than Djokovic, but he had also hit 94 winners (while making only 62 unforced errors) while the Serbian had only hit 54 winners (and 52 unforced errors). Would their favourite player ever get another opportunity to clinch a 21st Grand Slam title ?

What next: Djokovic will also reach 20

Djokovic would finish 2019 as world No 2, behind Nadal. In 2020, the Serbian would triumph another time at the Australian Open, defeating Federer in the semi-final (7-6 6-4 6-3), before edging Dominic Thiem in the final (6-4, 4-6, 2-6, 6-3 6-4). The coronavirus crisis would then freeze the tour, and as a consequence Roland-Garros would be postponed and Wimbledon would be cancelled.

Although Federer would claim, “I’m very good at not getting depressed over a great tennis match,” his loss would wound his fans deeply. A year later, they would still comment on social media to say how painful this 2019 Wimbledon had been for them, seeing their champion deprived from victory after he had been so close from seizing it. 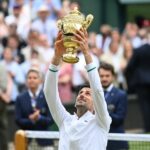