Home » News » Wimbledon » ‘My level is right there’ – Nick Kyrgios missed his chance at tennis immortality, but feels confident after loss to Djokovic

‘My level is right there’ – Nick Kyrgios missed his chance at tennis immortality, but feels confident after loss to Djokovic

Nick Kyrgios was a step from his own slice of tennis immortality on Sunday at Wimbledon. Though he didn’t emerge victorious his confidence isn’t suffering. 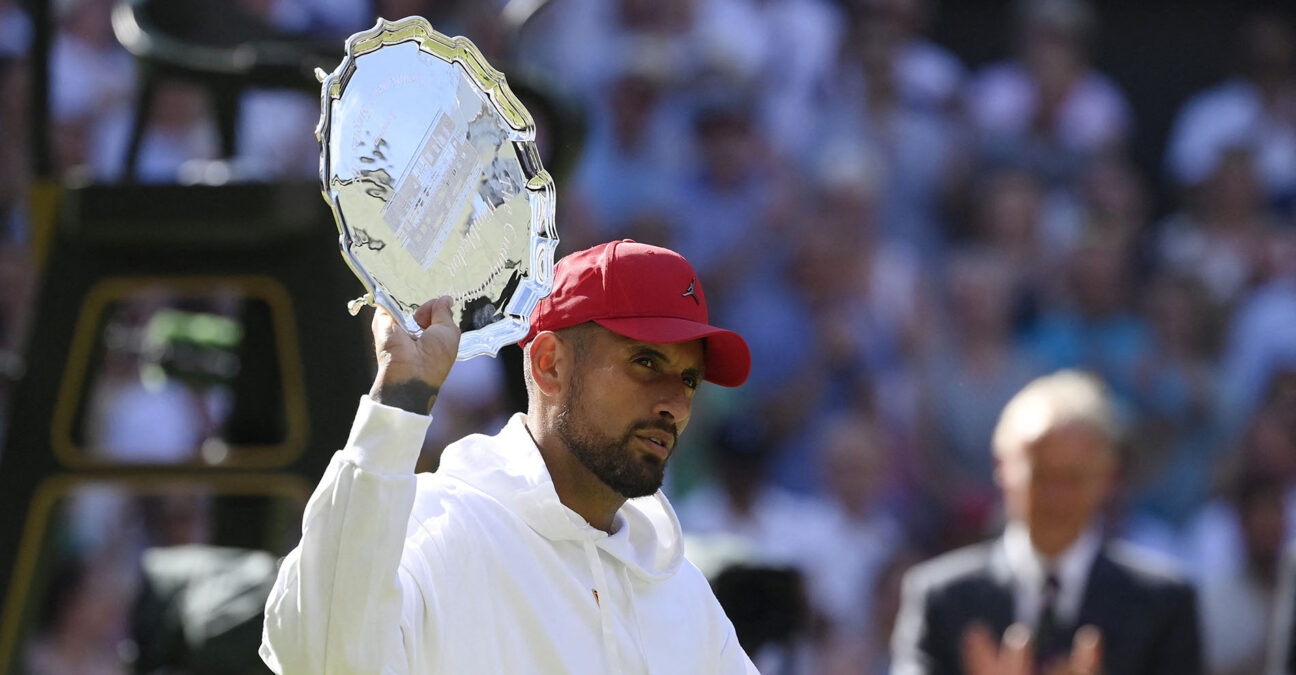 He wasn’t far from topping off one of the most outrageous Wimbledon title runs in recent memory, leading Novak Djokovic by a set in Sunday’s final, but unseeded Aussie Nick Kyrgios didn’t have what it takes to tackle one of the sports greatest challenges.

Nevertheless the 27-year-old ‘kid from Canberra,’ who fell 4-6, 6-3, 6-4, 7-6(3) to Djokovic in Sunday’s Wimbledon final, feels good that he pushed past his previous limit, proving to himself and the world that he can play at the top of the level across a Grand Slam fortnight.

“That was a hell of a match,” Kyrgios told a room full of reporters on Sunday evening in London. “I thought I served well. I put myself in a position to win, but I just wasn’t able to play those clutch points well at all today.” 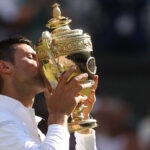 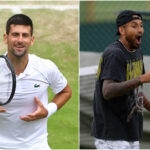 Kyrgios – my fire has been lit all season

The sometimes disinterested Kyrgios was asked if he felt he’d lack for motivation after his career week at SW19, and the Aussie didn’t seem know exactly what his future holds.

“I feel like my fire’s been lit this whole year,” he said. “I’ve obviously met a lot of amazing people this year who have just given me extra motivation. To find people that finally have my back, that I just love being around, and they just want to push me to be a better person and to be a better tennis player, they realize that I’m immensely talented and I have a lot of, I feel like, a lot more to do in this sport.”

“It’s taken me 10 years, almost 10 years in my career to finally get to the point of playing for a Grand Slam and coming up short.”

“I was just speaking to a couple of people about it,” he said. “I feel like if I had won today, I would have struggled with motivation. I’ve been told my entire life winning Wimbledon is the ultimate achievement. For someone like me, I’m not like a young guy like Sinner or someone or Carlos Alcaraz, who have come on tour recently and gone deep in slams.

“It’s taken me 10 years, almost 10 years in my career to finally get to the point of playing for a Grand Slam and coming up short.

“I feel like if I had won that Grand Slam, I think I would have lacked a bit of motivation, to be honest. Coming back for other tournaments, like 250s and stuff, I would have really struggled. I kind of achieved the greatest pinnacle of what you can achieve in tennis.”

“I thought I dealt with the pressure pretty well”

Having said that, Kyrgios is confident in his level of tennis, feeling that it measures up with the best players in history when he is playing at his highest level.

“My level is right there,” he said. “I feel like you look at what Novak has done to some other opponents, and it’s not a good feeling. But I’m right there. I’m not behind the eight ball at all. I played a slam final against one of the greatest of all time, and I was right there.

“Confidence obviously. It was a hell of an occasion. People were probably expecting me to have something happen today. But I came out in the first set and I looked like I was the one who had played in a lot of finals. I thought I dealt with the pressure pretty well.” 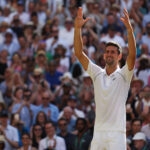