Rybakina: ‘Tough question’ to say if she feels Russian or Kazakh

Elena Rybakina reached her first Grand Slam semi-final at Wimbledon in a specific context : she was born Russian and naturalised Kazakh four years ago. And Russians are banned this year at the All England Club… 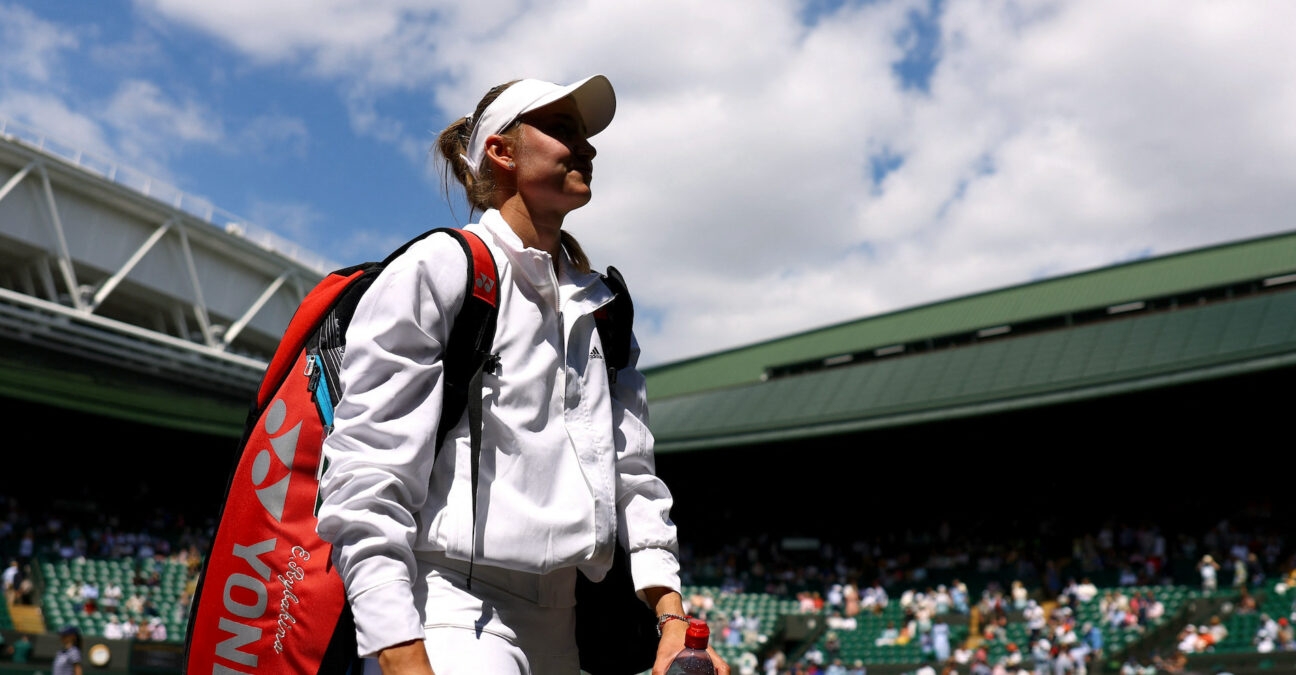 Elena Rybakina walks off the court after winning her fourth round match against Croatia’s Petra Martic, Wimbledon 2022 || © AI / Reuters / Panoramic

When she was asked on Wednesday how it felt to be the first Kazakh in a Grand Slam semi-final, during the on-court interview, Elena Rybakina gave the clear impression that she wanted to avoid the chat. She was born Russian, she is still living in Moscow, and she has played for Kazakhstan since 2018. During her press conference, she couldn’t hide her mixed feelings on the subject.

“I mean, it’s tough question. I was born in Russia, but of course I am representing Kazakhstan,” said Rybakina, after winning against Ajla Tomljanovic in the quarter-final of Wimbledon.

Rybakina continued: “It’s already a long journey for me. I was playing Olympics, Fed Cup before. I got so much help and support. I’m feeling just the support of the people and very happy to represent Kazakhstan because I think I’m also bringing some results, which are very good for the sport in Kazakhstan. Yeah, for me it’s tough question just to say exactly what I feel.”

The question asked was : “Do you feel Kazakh or Russian, or how do you feel?” Rybakina also says she feels for players from Russia and Belarus, suspended by Wimbledon as a sanction for the war in Ukraine.

They were not choosing where they born.

Elena Rybakina on the Russian and Belarussian players

“When I heard this, I mean… This is not something you want to hear because we are playing sport. Everybody wants to compete. They were not choosing where they born. I feel it for them because everybody wants to compete at the biggest tournament, at Wimbledon. Yeah, just hope that next year is going to be back to normal,” she said.

Rybakina then answered, “I agree,” when she was asked if this sentence meant she wishes peace in Ukraine. “I just want the war to end as soon as possible. Peace, yeah.”

After the Wimbledon final, she was asked if she condemned the war, and she replied that her English was not good enough to talk about those issues.

“From my side I can only say that I’m representing Kazakhstan,” she added. “I didn’t choose where I was born. People believed in me. Kazakhstan supported me so much. Even today I heard so many support. I saw the flags. So I don’t know how to answer these questions.”

Her choice to play for Kazakhstan was decided because of the support the country could bring when she was a rising player, she admitted.

Rybakina added: “I think it was very good timing because they were looking for the player. I was looking for some help. They believed in me. So I think it was very good combination. We just find each other. They believed in me. They made everything possible for me to keep playing, keep improving. I had all the conditions to practice and everything. Of course, it helped a lot. They are still helping and supporting me. I’m really happy that I’m representing Kazakhstan already for long time.”

Rybakina admitted she had financial difficulties after high school in her wish to become a professional player. “It was not an easy decision because, of course, financially it’s difficult. It’s a very expensive sport. Like all the parents, my parents, they were worried if something happens, if you get injured, of course you want your kid to study and not to risk,” Rybakina concludes.

Ranked world No 23 and aged 23, Rybakina has now won three titles on the WTA Tour. 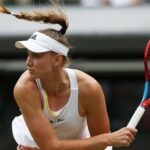 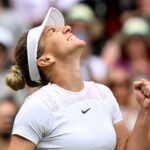 ‘If I want to open Wimbledon, I need to win it again’: Halep’s big goal ahead of facing Rybakina in semi-final
tennis majors
Share this story
Facebook Twitter Linkedin Whatsapp Email