Home » News » Wimbledon » “There was a time where I was having to be forced out of a pub at 4 A.M. to play Nadal” – older, wiser Nick Kyrgios has eyes on Wimbledon’s prize

Older and… wiser? Nick Kyrgios is certainly not a saint, but he is more mature than he used to be, and it is making a difference at Wimbledon in 2022. 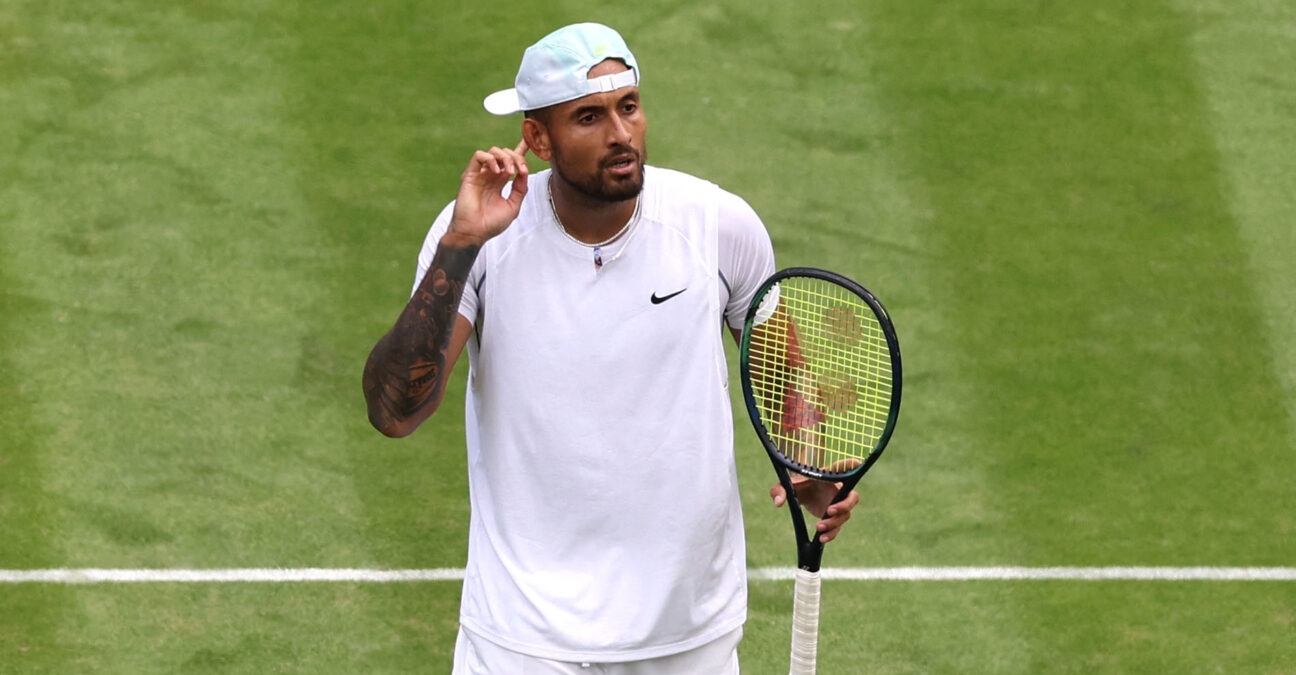 It was a far more serene Nick Kyrgios that stepped to the service line on Centre Court on Monday, compared to what we saw on Saturday, when the Aussie conducted an absolute maelstrom of a match against Stefanos Tsitsipas on No.1 Court.

Many wondered how the fiery Aussie would back up his noteworthy victory over the No 4-seeded Greek with all eyes on him, and we have our answer: Peel back the layers of the onion to find that Nick Kyrgios has evolved in positive ways.

Kyrgios: “I feel like I am able to stay more composed”

After his 4-6, 6-4, 7-6(2), 3-6, 6-2 victory over American Brandon Nakashima, Kyrgios sounded like a true veteran in the press room. Gone was the guy who went 15 rounds of verbal warfare with Tsitsipas in the press room after Saturday’s victory; sitting in his place was a veteran, a warrior and a player committed to doing everything right as he pursues his deepest ever run at a Grand Slam.

Is it the real Nick Kyrgios? Time will tell…

Just smiling and laughing to myself on the far side, knowing I was locked in an absolute battle, where in the past I wasn’t able to kind of enjoy that.

“I just feel like I’ve been through so much,” Kyrgios said on Monday in press. “I feel like I’m able to stay more composed.

“Today I was almost just smiling and laughing to myself on the far side, just knowing I was locked in an absolute battle. Where in the past I wasn’t able to kind of enjoy that.”

Kyrgios may still live on the edge, teetering on the fine line between chaos and calm, but today the calm was what was stunning.

On the shoulder injury – mentally I stayed quite calm

When Kyrgios began to grimace in pain during the early stages of his victory over Nakashima on Sunday, he didn’t panic like he might have in the past.

He later said that he started to feel shoulder pain after the victory over Tsitsipas, and he was ready to do whatever it took to fight through the symptoms on Monday.

“It’s just something I manage,” he told reporters. “Mentally I feel like I just deal with these things a lot better now. I knew today I wasn’t feeling 100 percent. But mentally I stayed quite calm, you know, knowing I wasn’t able to serve full out for the whole five sets. Obviously I had to take painkillers.

Kyrgios is aware of the change in mindset, and how much it can impact him at Wimbledon, and that’s likely to give him more confidence as he moves into his first Grand Slam quarterfinal since the 2015 Australian Open.

The 40th-ranked Aussie said he was able to deal with the fact that he was playing poorly against Nakashima in a more constructive manner – it made all the difference as he improved his record in five-setters at Wimbledon to 6-0.

“That’s probably the first time in my career where I wasn’t playing well, regardless of playing Centre Court Wimbledon, fully packed crowd, I was able to just say, ‘Wow, look how far I’ve come, to myself.’ I was bouncing the ball before I served. I really just smiled to myself. I was like, ‘We’re here, we’re competing at Wimbledon, putting in a good performance mentally.’

“It was rewarding… It was a really good mental performance today. I think I’m enjoying the battle a bit more.”

“I feel like I can reflect on all those dark times when I pushed them all away.”

Kyrgios will face Cristian Garin in the quarter-finals, and if he can manage to get past the Chilean, Wimbledon could see a blockbuster Nadal v Kyrgios semi-final. Famously, Kyrgios knocked Nadal out of Wimbledon in the round of 16 in 2014, on his Wimbledon debut. Five years later Nadal exacted revenge, defeating Kyrgios in the second round.

If they meet again Kyrgios says it will be different in one very important way: the Aussie will not be out at the Dog and Fox with a pint in his hand until four A.M. on the night before match.

“There was a time where I was having to be forced out of a pub at 4 A.M. to play Nadal second round,” he revealed to reporters on Monday. “My agent had to come get me out of a pub at 4 a.m. before I played my match on Centre Court Wimbledon. I’ve come a long way, that’s for sure.

“But I think just daily habits and the people around me. I’ve got an incredible support crew. My physio is one of my best friends. My best friend is my agent. I’ve got the best girlfriend in the world. I’ve just got so many people around me, they just support me. I feel like I can reflect on all those dark times when I pushed them all away.

“Now to sit here quarterfinals of Wimbledon, feeling good, feeling composed, feeling mature, having that around me, I’m extremely blessed. I feel like I’m just comfortable in my own skin.” 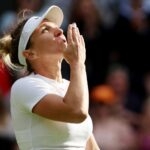 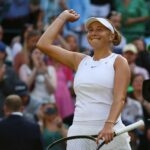