Bianca Andreescu has been troubled by injury since her break-out year in 2019 – but her form at the 2021 Miami Open suggests she’s back as good as ever. Here is all you need to know about the Canadian player. 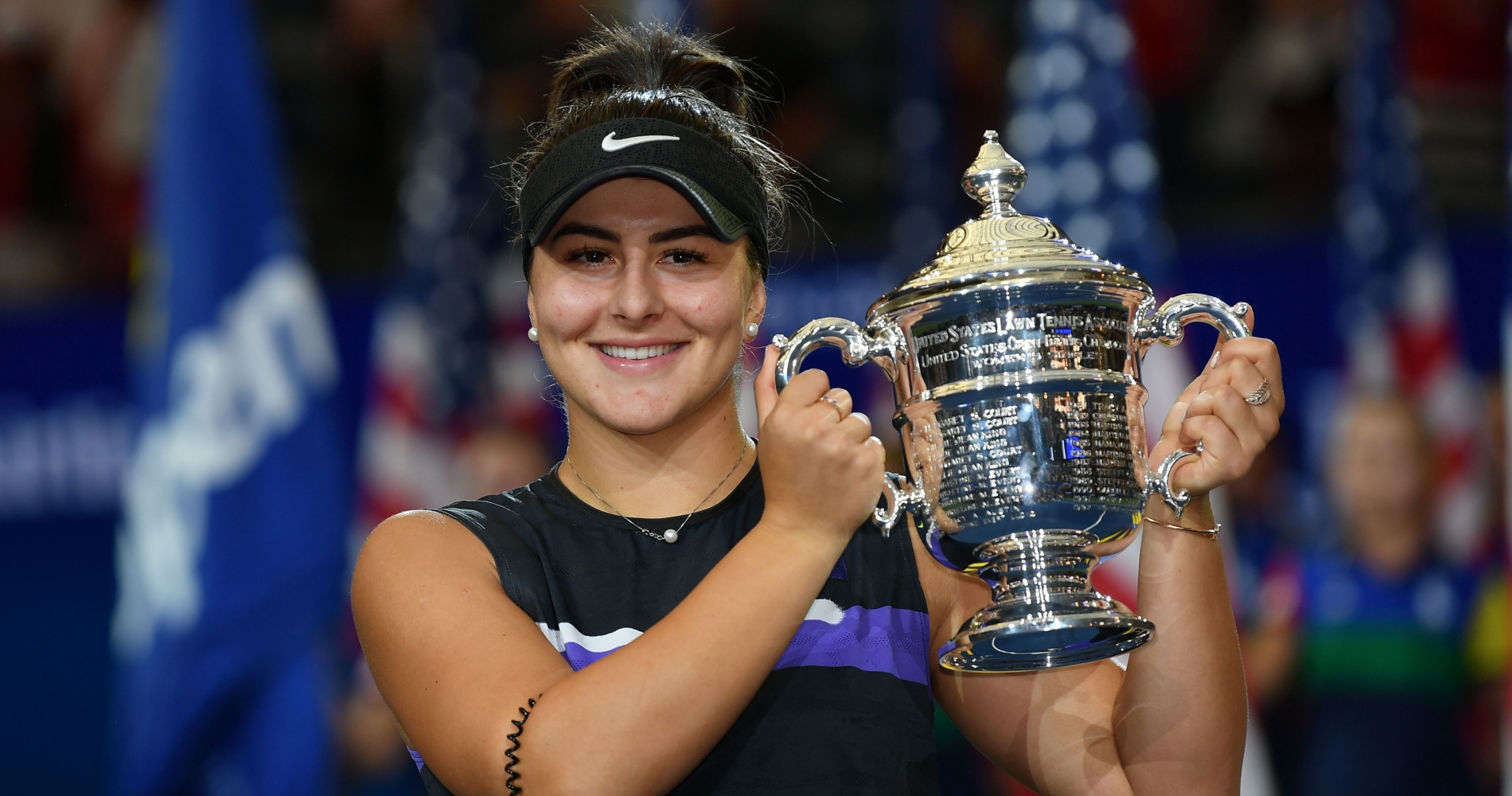 Where was Bianca Andreescu born?

Bianca Andreescu was born in Mississauga, Ontario, Canada, on June 16, 2000.

What nationality is Andreescu?

Andreescu is Canadian, from Romanian parents. Nicu and Andreescu emigrated to Canada in 1994. They left for Romania when Bianca was six, where they stayed for just two years and a half before coming back to Canada.

Andreescu is 5’7” tall (170cm), according to her profile on the WTA official website. Her weight is not mentioned.

Andreescu is coached by Sylvain Bruneau, from Tennis Canada. Andreescu made her tennis debut at 7, in Romania. She was coached by Gabriel Hristache, a friend of her father. Back in Canada, she joined the U14 National Training Centre at 12. There, she was coached by Lan Yao-Gallop, then by the duo of French former world No 3 and 1998 Wimbledon runner-up Nathalie Tauziat and André Labelle. Bruneau became her head coach in March 2018 so that Andreescu could have a full-time coach with her on the tour.

Former pro tennis player (ex-ATP No 146) Jonathan Dasnières de Veigy is Andreescu’s agent. She is part of the Octagon Sports and Entertainment Network agency’s team, whose clients range from tennis stars from both tours (David Goffin, Fernando Verdasco, Karolina Pliskova, Sabine Lisicki) to legends of the game (Boris Becker, Martina Hingis, Amélie Mauresmo, Michael Chang, Juan Carlos Ferrero). The agency also operates many tournaments around the world, like the Cincinnati Masters 1000 or WTA Premier events in Berlin, in Moscow or in Wuhan. 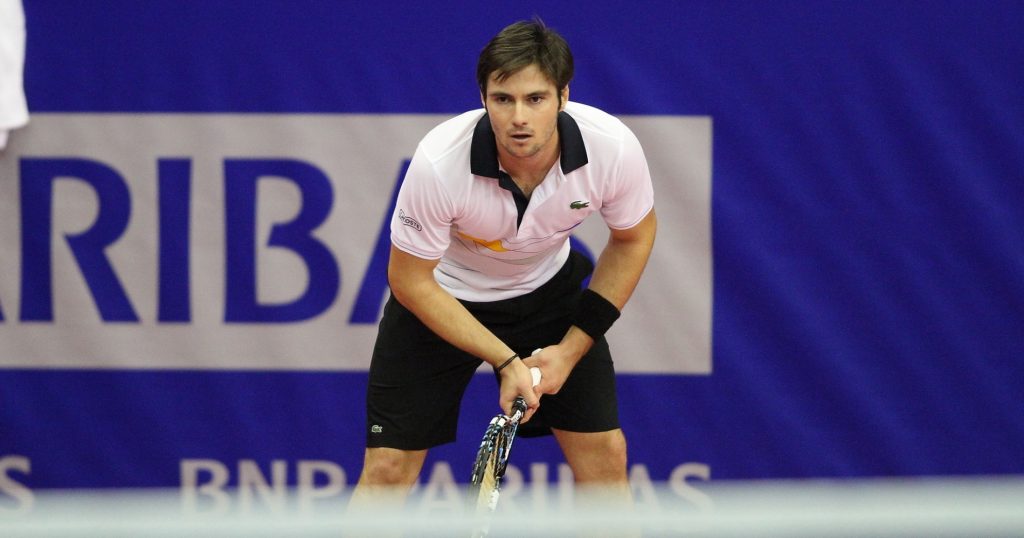 Her father Nicu works as a mechanic engineer in the automotive industry. He moved to Canada with his wife Maria in 1994 when he accepted a job there. She first was a bank employee in Romania and then started a business when the couple returned to its native country in 2006. She closed her company when the family came back to Canada at the end of the 2000s.

What relationship does Andreescu have with Romania?

Andreescu returns to Romania every year with her parents to spend time with the rest of her family, mostly her grandparents, who helped raise her. She got close to Romanian star Simona Halep when she made it to the WTA tour and took inspiration from her game.

Andreescu made her WTA tour debut in 2017. After a first-round loss in Wimbledon as a qualifier, she was granted a wildcard for the Washington tournament. In the American capital city, she won her first pro match against Camila Giorgi, and went on make the quarter-finals after defeating Kristina Mladenovic. She did not play a single WTA tour-level match in 2018, failing to qualify for any of the Grand Slam events and withdrawing from the Canadian Open. 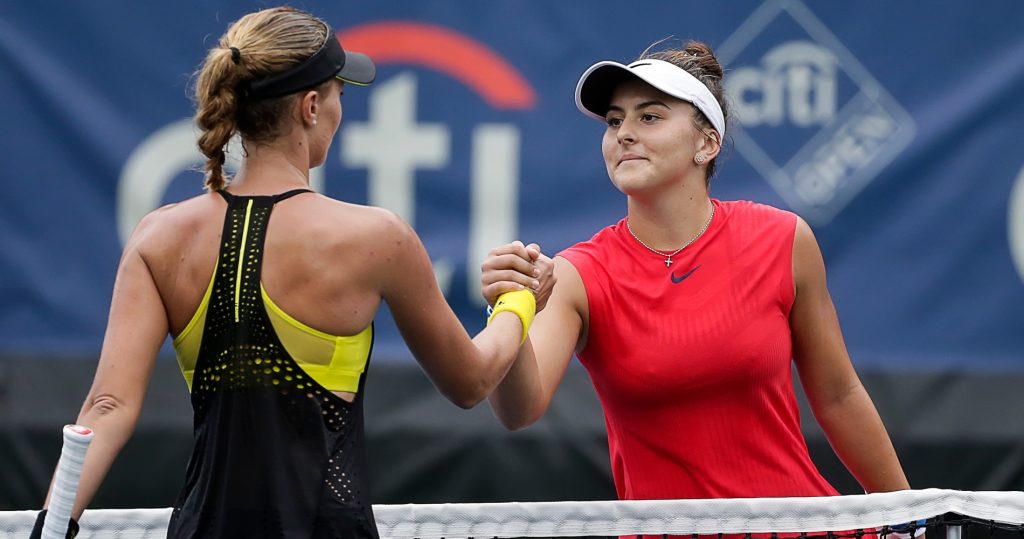 During her junior career, Bianca Andreescu won Les Petits As, the world’s biggest tournament for players aged 14 and under, and the Orange Bowl in the U16 category in 2014. She made it back-to-back Orange Bowl titles the following year after picking up the trophy in U18. Slowed down by injuries and suffering from a fatigue fracture to the foot in 2016, she failed to win a Grand Slam in juniors (semi-finalist at 2016 US Open and 2017 Australian Open). However, the pair of her and Carson Branstine clinched the girls’ doubles at the Australian Open and the French Open in 2017, becoming the first Canadian pair to win such a prestigious event.

What is Andreescu’s net worth?

Bianca Andreescu earned more than 6.8 million dollars in prize money since her pro debut, according to the WTA. With 6.5 million dollars in earnings just in 2019 thanks to titles in Indian Wells, Toronto and the US Open, she was the fourth-highest paid player on the tour, trailing only Ashleigh Barty, Simona Halep and Naomi Osaka.

Andreescu plays with a Head racquet, the New Head Graphene 360+ Speed MP model. Her clothing sponsor is Nike. In 2019, she signed a sponsorship deal with Rolex, coming into a prestigious team already featuring the likes of Roger Federer, Stefanos Tsitsipas, Angelique Kerber and Garbiñe Muguruza. Andreescu is also endorsed by BMW.