Two weeks before the Australian Open, Coco Gauff, Serena Williams and Bianca Andreescu will all be playing at the Auckland Open.

Coco Gauff will do battle against the likes of Serena Williams and Bianca Andreescu on the first week of the new WTA Tour season after signing up to play in the Auckland Open.

The 15-year-old sensation is limited in the number of tournaments she can play before turning 16 but has opted to play the WTA International event in New Zealand.

Gauff won her first senior title at the Linz Open last month and will use the Auckland tournament, which begins on January 6, as part of her preparation for the Australian Open.

US Open finalists Andreescu and Williams are also scheduled to be part of the field, meaning Gauff could meet either during the tournament, along with two-time defending champion Julia Goerges.

Gauff’s success this year included a famous run to the fourth round of Wimbledon, where she became the youngest player in the Open era to come through the qualifying rounds to reach the main draw. Her exploits helped to secure a year-end ranking of 68.

She told the tournament website: “I can’t wait to start my season in Auckland. 2019 was such an incredible year and I achieved so many of the goals that I had set for myself. Wimbledon was obviously a highlight as was capturing my first WTA title.

“So many players talk about Auckland. I have not been before so this will be cool to experience.”

Angelique Kerber edged out Magda Linette and will face Frenchwoman Oceane Dodin in... 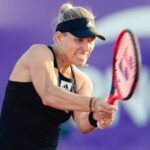 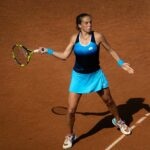 Cameron Norrie edged out Sebastian Baez in three sets to complete the semi-final...

João Sousa won against Ilya Ivashka in straight sets on Thursday evening and... 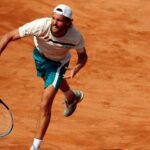