‘I was fighting with myself’: Petra Kvitova on yet another three-set win

Another day, another three-set victory for the Czech. She reflected afterwards on how she did it 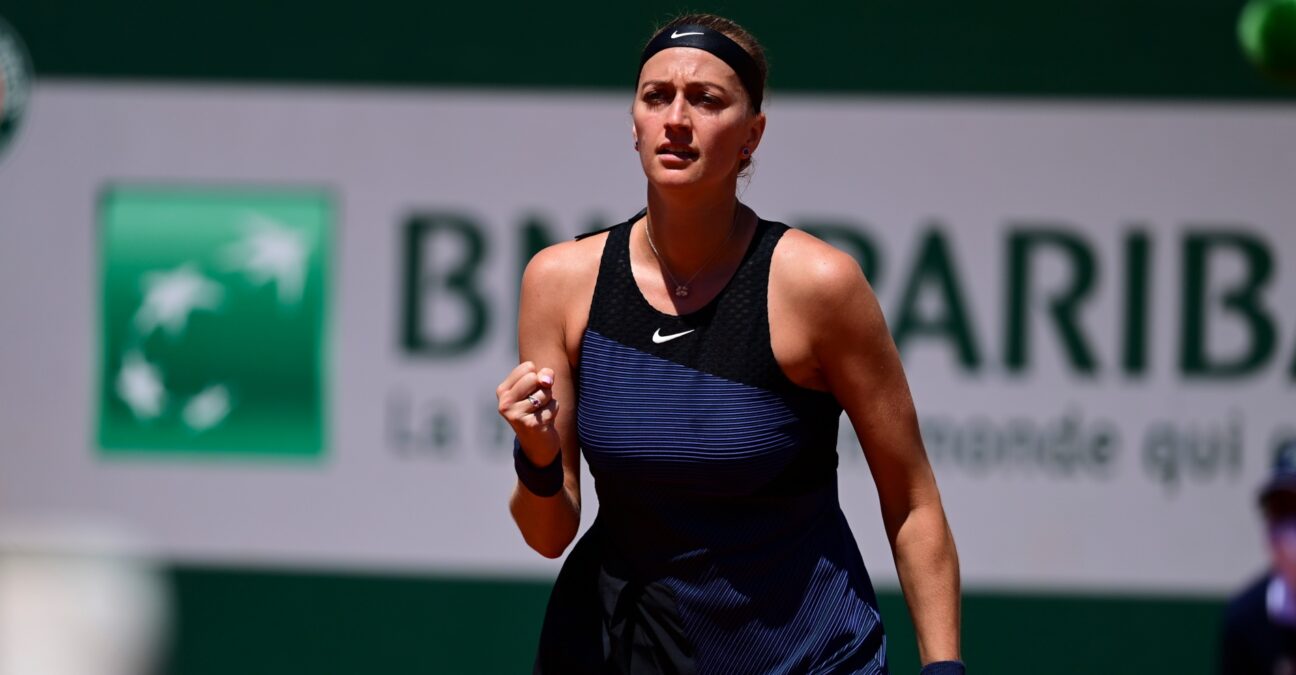 There’s a reason that certain corners of the internet fondly refer to Petra Kvitova as “P3tra” – she has an indomitable will, and should she drop a set at any point she will fight relentlessly to stretch the encounter to a full three sets.

She did that in her first round at Roland-Garros, even saving a match point against Greet Minnen and ultimately winning 6-7(3), 7-6(5), 6-1. It was an impressive turnaround, even by the lofty standards of the relentless Czech.

“I think just she likes clay,” reflected Kvitova afterwards. “I think she has a good game for clay. I would say that from my side it wasn’t really good from the beginning. I was very struggling, I was missing a lot, I was double-faulting a lot. I didn’t really feel myself that well. I was pretty tight. And, yeah, it was really tough.

“I was fighting not only with her but with myself as well. Yeah, I’m glad that in the end, you know, I beat myself as well and beat her, so that counts!”

The 31-year-old added that even in the first set tie-break she was hoping for one point to turn the match in her direction.

“It’s pretty tough to lose a set in tiebreak, and then you know that it’s [a] pretty long way to win it,” she explained.

“So that’s how I tried it. I was just playing point by point. I started to serve a little bit better in the second set, and that was pretty important. I didn’t really serve it out, unfortunately, in the second. Suddenly I was facing match point…that’s why probably I would go for it and I made a winner, which was very helpful in that moment.

“[After that] I think I felt a little bit better, and I was just trying to still be [in a] good mood and then play better.”

Vesnina: Petra is a great champion

Kvitova will have another tough test in the second round in the form of the returning Elena Vesnina, back after a two-and-a-half year period of maternity leave.

“Petra is a great player and I have so much respect for her,” the Russian said in her post-match press conference after defeating Olga Govortsova. “She is a great champion. Of course to play against her, it’s a big challenge for me, as well. To play a top-10 player in a Grand Slam, it’s always not easy. You have to bring your best tennis on the court and you have to show that you want to win from the beginning of the match.

“I know that Petra had a tough match today. First round is always tough, especially, like I said, it’s very tricky to play against the qualifiers that you don’t know, you never played, you never faced each other. We played against Petra a couple of times, she beat me, and she knows my game, I know her game, so we’ll see. It’s going to be very interesting, and I’m really looking forward to playing her because I know Petra for many years. She’s a great player, like I said before.”