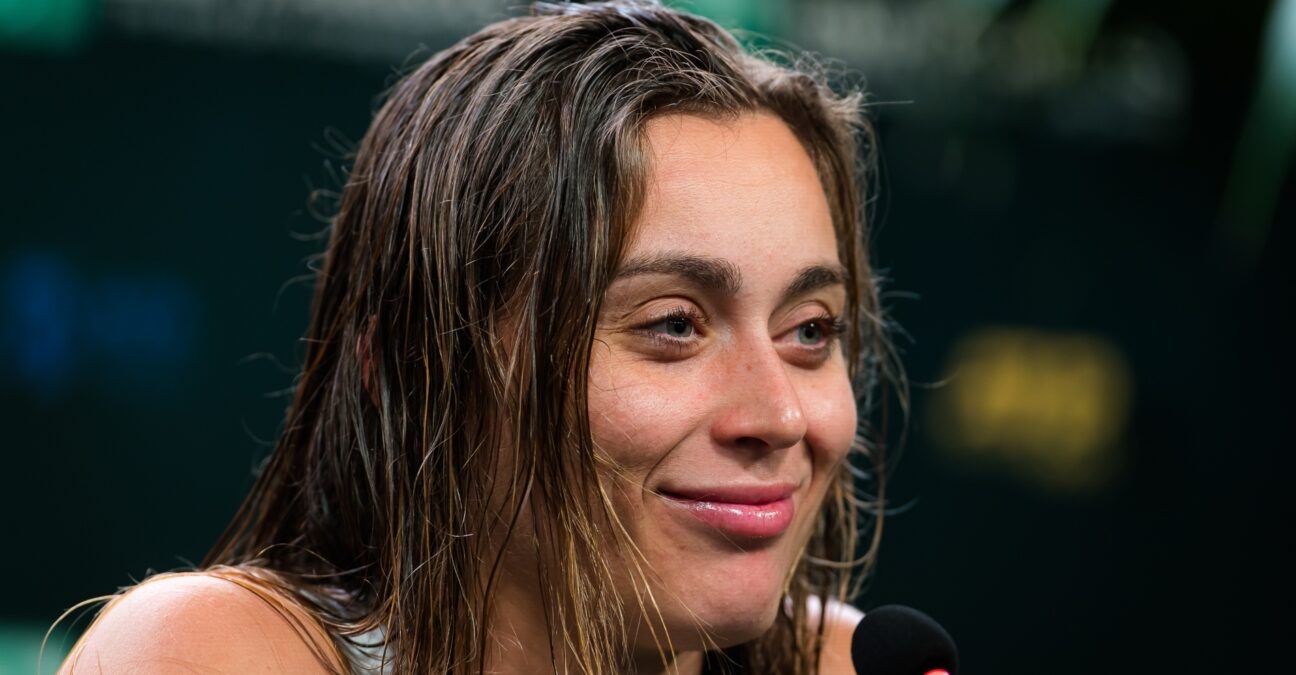 When she was young, Paula Badosa had her eyes on Garbine Muguruza and watched attentively as the tall, rangy Spaniard imposed herself on the WTA Tour and redefined the way Spanish women play the game.

“As I said at the beginning of the tournament, she’s a player I always admired because I think she’s amazing,” Badosa said. “She inspired a lot of Spanish people. I hope with the semi-finals, with my year, I hope next years I can do the same as she did with me.”

Now comes a full-circle moment, Badosa is set to face Muguruza in one of her most important matches of 2021, her breakout season. The pair will meet for the first time at Tuesday’s AKRON WTA Finals with a spot in the prestigious final on the line. 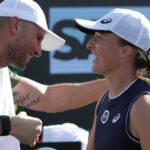 Badosa on Muguruza – I really saw her like a mirror

As a young player with a game predicated on power and an aggressive mindset, Badosa says that she paid close attention to Muguruza as she rose to prominence on tour, winning two major titles and reaching the world No 1 ranking in 2017. As Badosa sees it, Muguruza was essentially creating the blueprint for her own success, showing that Spanish women can play first-strike tennis and deploy their weapons offensively.

“If you see our Spanish players, they play, like, totally different as maybe Garbine, of course,” Badosa told reporters on Monday after her third round-robin match, a 6-4, 7-5 loss to Iga Swiatek in Guadalajara. “They play different than me. She was the only player that was quite like super aggressive and [with a] good serve, tall, 182[cm]. I really saw like a mirror on her, you know? She was very helpful. She was an example for me. 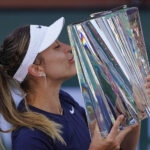 “When I was a little girl, I wanted to be – of course, my idol was Maria Sharapova, but in Spain she was the one that I was following. She was the example. Yeah, it helped me.”

On Sunday night Muguruza told reporters that she has been duly impressed by the play of Badosa in 2021. And the pair have become closer this season. They got to spend quality time at the Tokyo Olympics, where they formed a bond.

“I’ve been very happy for her,” Muguruza said of her compatriot. “She started the year obviously further back. She made her way to the top playing amazing, winning Indian Wells. We shared fun moments in the Olympics. We’ve talked a little bit. We get to know a little bit more of each other. It’s a special week to bond.

“I mean, she’s always had the talent. I think now she’s putting the puzzle together. Yeah, she’s playing great. Everybody can see it.”

Badosa also talked about bonding with Muguruza at the Olympics, saying that it was the first time that she really got to know the two-time major champion.

“To be honest, we never knew each other,” she said. “I used to follow her, I used to see her, but a long distance away. We never, like, knew each other. First time we started to talk, to be more close, was maybe in Olympics, a little bit this summer. We were spending time together. That was nice.”

History for Spain at WTA Finals

The winner of their showdown will become the first Spanish woman to play the title match at the WTA Finals since Arantxa Sanchez-Vicario in 1993. Only two Spanish women had ever reached the semi-finals at the WTA’s prestigious season finale until this year – Badosa becomes the third.

And a Spanish woman has never won the title at the WTA Finals.

“This is amazing,” Muguruza said when she was informed of the statistics by Courtney Nguyen, WTA Insider, during Sunday night’s press conference. “I didn’t know all of these history. 1993, I was born that year. … It’s amazing there are four players left and two of them are Spaniards. I mean, that just shows that Spain has a great level of tennis and a great school.

Veronika Kudermetova benefited from the forfeit of Simona Halep on Wednesday night. She'll...