As Iga Swiatek racks up wins in 2022, her confidence only grows. The 20-year-old says her self-belief is what is driving her success. 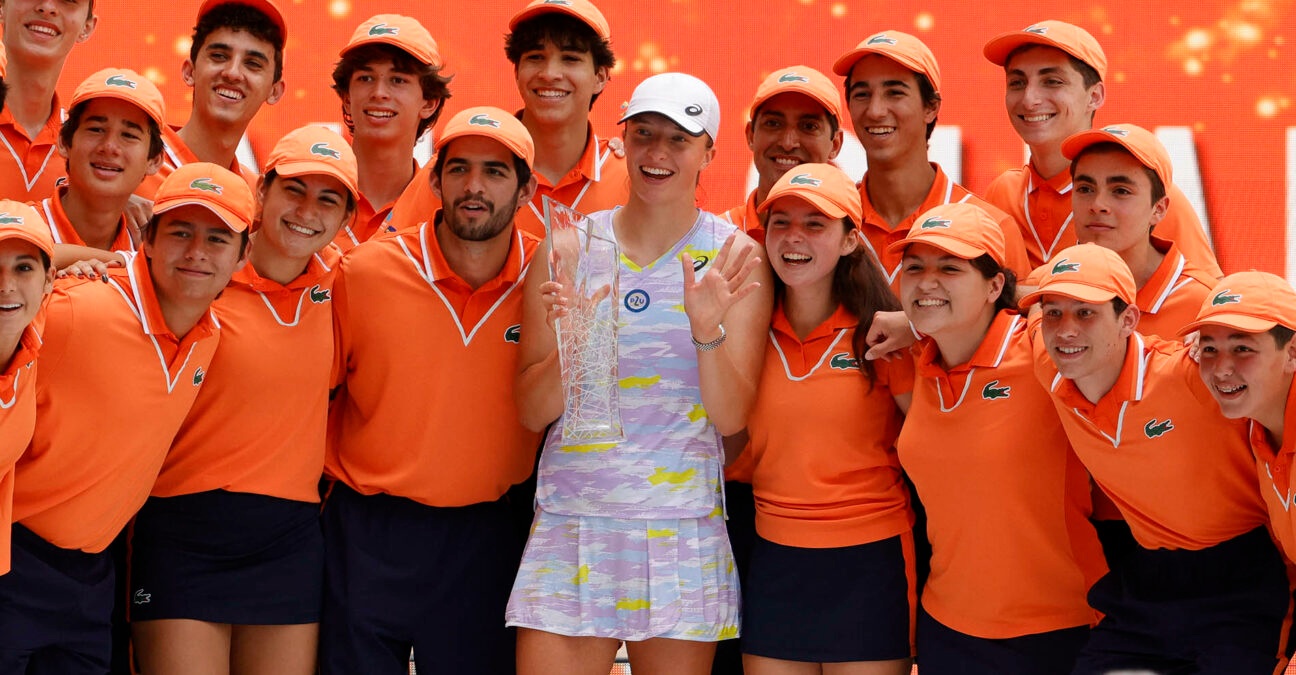 Iga Swiatek’s epic beeline to the No 1 ranking featured 17 consecutive wins, three straight 1000-level titles and a whole lot of domination. And the 20-year-old Pole could not have done it without her newfound sense of belief.

Swiatek has played with clarity all season, and as the victories have piled up – she improved to 26-3 on the season with her triumph over Naomi Osaka on Saturday in Miami – the confidence has only grown.

Swiatek says she can trust herself more, that she can win matches even if she isn’t playing perfectly. It’s that type of comfort that enables her to relax and slip into her daunting game.

“I don’t know where is the limit. For sure there is a lot to improve.”

“For sure I learned a lot about myself that I can keep going and really I don’t need to feel like 100 percent on points to win matches against great players. I can trust myself a little bit more right now,” she told reporters after winning the title on Saturday. “I really used that streak to have more confidence and also the ranking, you know. Sometimes I felt earlier that the ranking can push me down a little bit. I felt like baggage on my shoulders.

“This time I worked through that, and it was much better and it really inspired me. That’s what I can take from [winning this title].

Swiatek – I don’t know my limit

Swiatek’s next challenge will be to improve on a mind-bending two months that have seen her become the youngest woman to ever win the Sunshine double as she streaked through her last 20 sets. It’s a tough ask, but the new world No 1 believes there are many things she can improve upon.

“I don’t know honestly where is like the full potential thing,” she said on Saturday. “I don’t know where is the limit. For sure there is a lot to improve.”

Swiatek’s trust also stretches outside of herself, to her team, headed by her sports psychologist Daria Abramowciz and her new coach Tomasz Wiktorowski. She believes they have a plan for her and all she will need to do is execute.

“My coach has a plan for me, for sure, and I still have some shots where I could feel more comfortable on court,” she said. “So we are going to continue working. I think it’s never – tennis is improving all the time, and players are working out in the gym, as well, and we have to keep going.

Swiatek’s main goal in 2021 was to be consistent on tour, and she achieved that by becoming the only woman to reach the round of 16 at all four majors. But in that time she also struggled with her game and her confidence, and started to accept that tennis is a sport where losses are more common than wins.

In the last two months, invincible Swiatek has flipped the script on that premise, but even she admits that it still feels strange to be reeling off so many wins on the trot.

“I just feel really satisfied and fulfilled and also proud of myself,” she said. “I feel like, yeah, I have got to celebrate, because I don’t know how long I can keep up with this streak. But it’s pretty weird, because I got used to losing, and I kind of accepted that in tennis that you are going to lose more tournaments than win, so it’s pretty weird.” 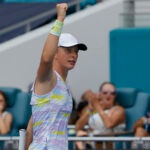 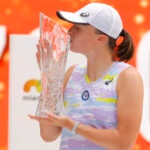