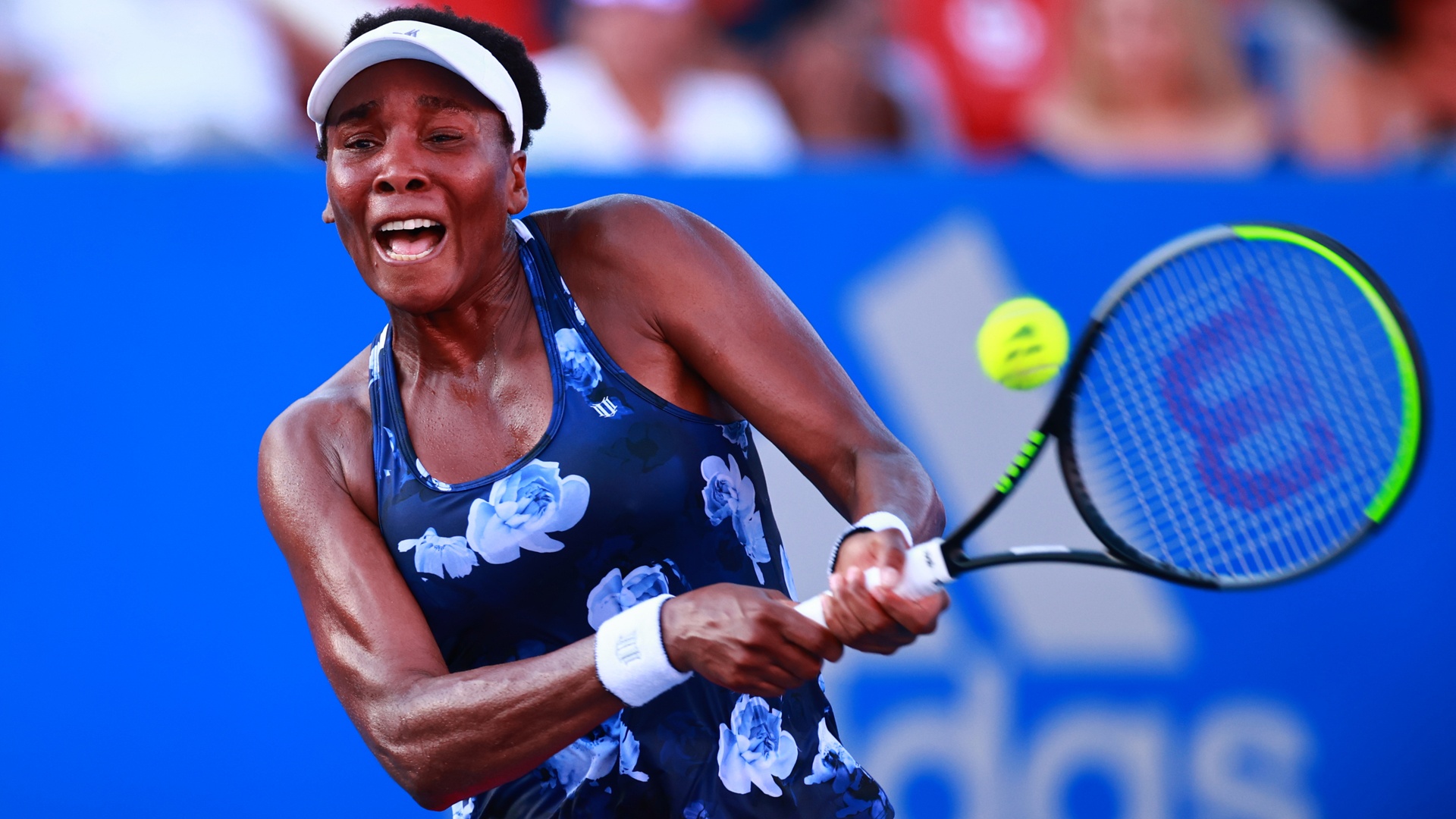 Venus Williams, already out in Acapulco.

Venus Williams’ tough start to 2020 continued as she squandered seven match points in a first-round loss at the Mexican Open, while Sloane Stephens was also beaten.

Williams made an early exit at the Australian Open and the American veteran went down to Slovenian qualifier Kaja Juvan 4-6 7-6 (7-4) 6-2 in Acapulco on Tuesday.

The 39-year-old wasted seven match points during the second set before bowing out after two hours, 38 minutes.

Williams, a two-time champion of the event, also served 13 double faults as she lost a fourth straight match – a run dating back to last year.

It was a tough day for the seeds at the WTA International event, where Williams was joined by Stephens and Lauren Davis in losing.

Stephens, the top seed and 2016 champion, suffered her fourth straight loss to begin 2020, going down to Mexican wildcard Renata Zarazua 6-4 6-2.

The only seed to advance was Zhu Lin, while there were also wins for Sara Errani, Katie Boulter, Katie Volynets, Leylah Fernandez and Caroline Dolehide.