The cancellation of Wimbledon hurts Serena Williams’ grand slam record hopes, but is she the best player of all-time regardless? 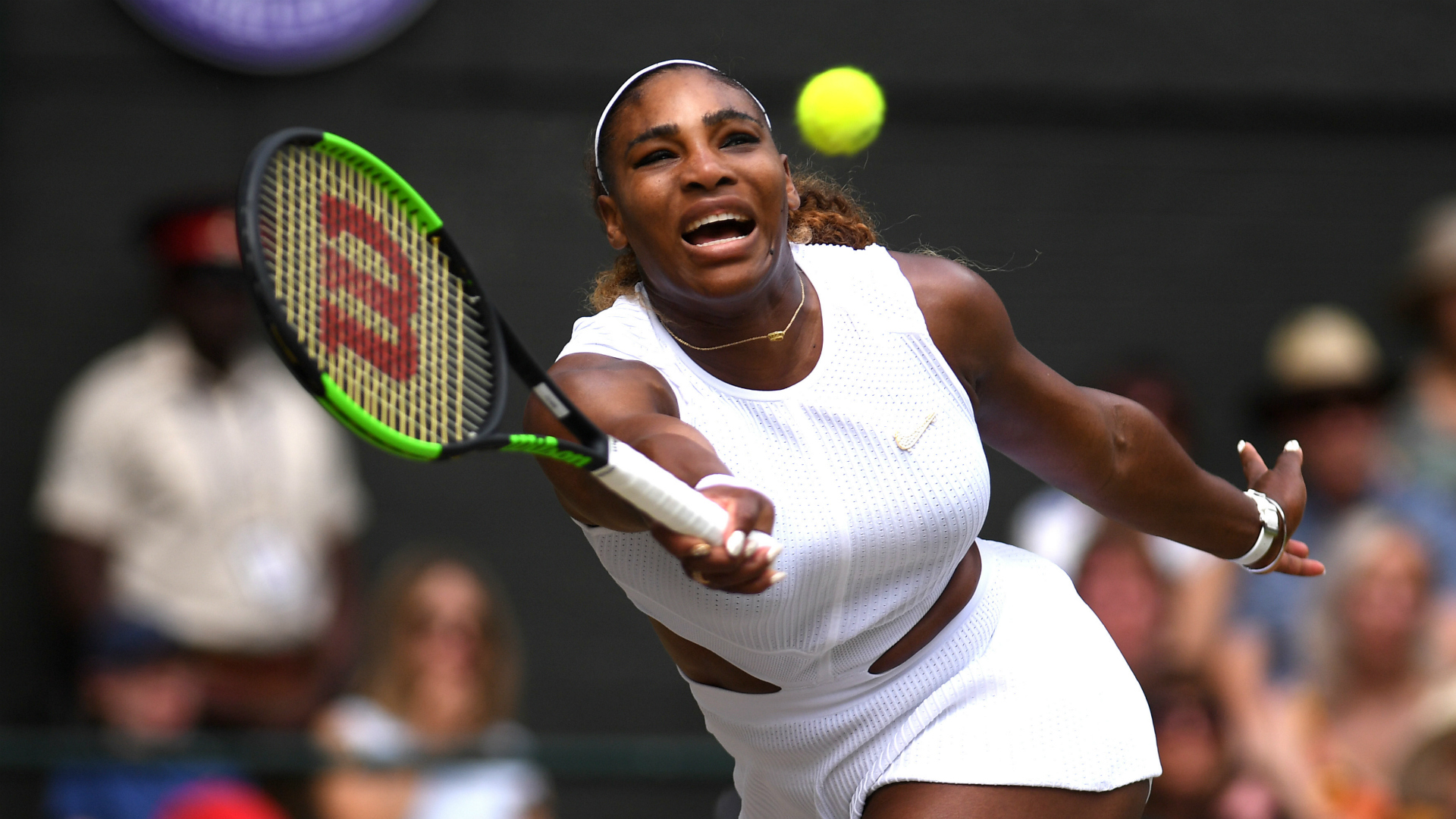 Wimbledon is a special event for Williams, who has reached the final on 11 occasions, including those recent losses to Kerber and Halep.

The tournament therefore represents one of the best chances for the seven-time champion to draw level with Court’s historic mark.

However, the event in 2020 was cancelled – the first time that has happened since World War II – due to the coronavirus pandemic, complicating Williams’ record pursuit.

Ahead of what would have been the start of Wimbledon next week, Stats Perform News debated whether Williams can already be considered the greatest player in women’s tennis history.

Graf is the greatest

Serena is a modern powerhouse, her serve and shot-making unrivalled at its best; Martina Navratilova’s serve-and-volley skills delivered 59 majors across singles and doubles from 1981 to 1990; Margaret Court still tops the tables for grand slam singles titles, winning 24 between 1960 and 1973, spanning the shift to the Open era.

The German ruled women’s tennis for more than a decade after winning the 1987 French Open. A year after that triumph in Paris, she became the first to win tennis’ ‘Golden Slam’ – all four major singles titles and Olympic gold in the same year. She was 18.

Between 1987 and 1996, she won 22 grand slam singles titles spread neatly across the four events: four in Australia, six in France, seven at Wimbledon and five in the United States. She held the number one ranking for 377 weeks, a record never beaten in the women’s or men’s game. 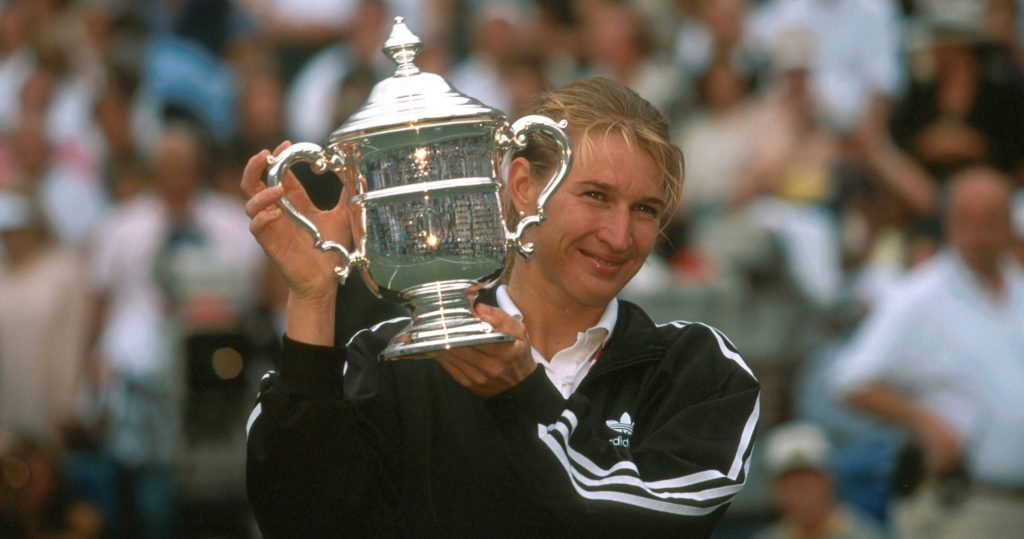 Her 107 tour titles puts her behind only Navratilova and Chris Evert on the all-time list and only she and Court have won three majors in a single calendar year five times.

‘Fraulein Forehand’ could overpower opponents from the baseline, unbalance them with a wicked sliced backhand and demoralise them with ferocious serves and precision volleys.

She combined power and elegance in such a way that she could dominate on every surface. She would have been a match for Court in the 60s, she beat Navratilova in four of six slam finals and, had she not retired at just 30 in 1999, she’d have known how to handle a young Serena.

In that same year, Billie Jean King proclaimed: “Steffi is definitely the greatest women’s tennis player of all time.” That should be proof enough.

Serena has dominated in toughest era

On and off the court, Serena has had a monumental impact in taking women’s tennis to incredible heights.

Twenty-one years after her first grand slam title at the 1999 US Open, she remains a fierce contender for the sport’s biggest accolades, having changed the game with her unrivalled talent, athleticism and longevity.

Seven Wimbledon titles, six US Open crowns and three French Open wins are on her record.

Throw in another seven Australian Open victories, including her remarkable 2017 triumph while pregnant with her daughter, and you have a resume that may never be topped.

Thirty-three major finals in a 20-year span is a statistic made all the more remarkable when you factor in she missed 15 slams over that period.

Serena held all four grand slams when she won in Australia in 2003, while 11 years later she was celebrating a three-peat at Flushing Meadows by beating close friend Caroline Wozniacki. 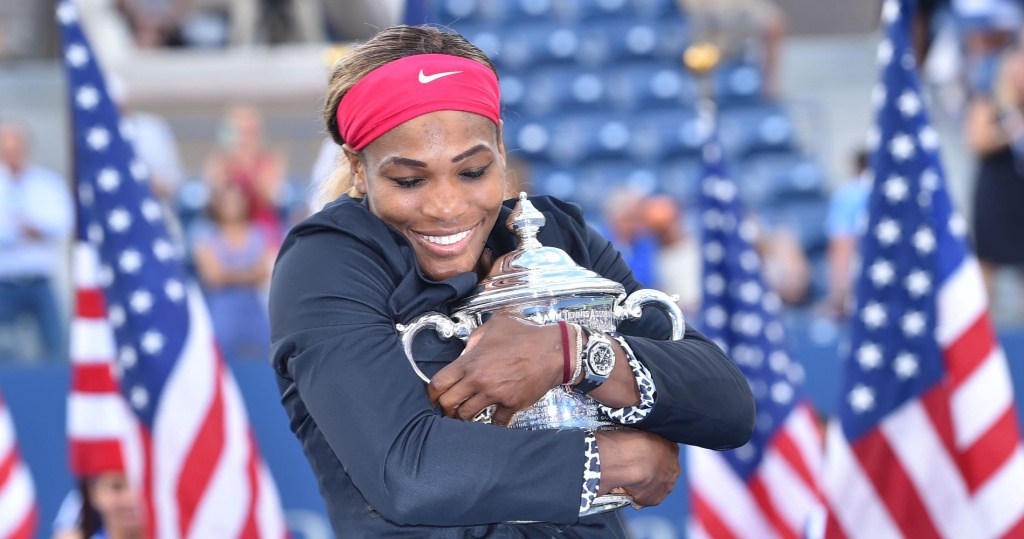 Not that it is needed to bolster her claim, but Serena has also won 14 women’s doubles majors with her sister Venus, having never lost a grand slam final in that format.

She has two mixed doubles crowns as well, taking her total major haul to 39.

Most significantly, these incredible feats have taken place in the modern era, where the level of competition has never been so strong and so deep, due to the global growth of tennis.

Top-tier rivals are more plentiful than in the eras of Graf, Navratilova and Court, while they are stronger, fitter, better equipped and more prepared than ever before.

Serena’s impact and staggering commercial success off the court has paved the way for future generations like Osaka to thrive.

But it is her play on it that means her place as the greatest women’s player of all time is secure, even if the cancellation of Wimbledon has made her path to the elusive 24th crown more complicated.