Tennis Majors > WTA > WTA Chief Steve Simon: Peng Shuai is “safe and not under any physical threat” from Chinese government

WTA Chief Steve Simon: Peng Shuai is “safe and not under any physical threat” from Chinese government

Concerns about Peng Shuai’s health and safety have emerged after the Chinese star aired her allegations of sexual assault on a high-ranking Chinese official on November 2.

Hours after releasing a statement calling for a “full, fair and transparent” investigation into Peng Shuai’s allegations of sexual assault on a high-ranking Chinese government official, WTA CEO Steve Simon confirmed to Christopher Clarey of the New York Times that Peng is safe and not under any threat. 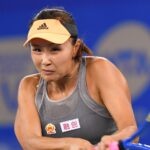 Rumors have been circulating that the 35-year-old Chinese star had gone missing but Simon revealed that this is not the case.

“We’ve received confirmation from several sources, including the Chinese Tennis Association, that she is safe and not under any physical threat,” Simon told the New York Times. “My understanding is that she is in Beijing in China, but I can’t confirm that because I haven’t spoken directly with her.”

We want to see a full investigation on this. If that isn’t the case and they are not cooperative, then we’ll have to make some decisions.

Simon: We don’t intend to back off

The WTA’s response to the censorship of Peng’s allegations, and the Chinese government’s subsequent silence on the issue, has been praised by many as a strong statement.

“A very strong stance by WTA- and the correct stance!” Martina Navratilova tweeted.

However, concern continues to rise about the safety of the former doubles No 1 and singles No 14.

“Hoping that Peng Shuai is found safe and that her accusations are fully investigated,” tweeted Billie Jean King.

“The fact that Peng Shuai is missing is not only the WTA’s problem,” tweeted France’s Nicolas Mahut. “We are all concerned.”

Simon’s interview with Clarey will ease worries about Peng’s physical well-being, but not about her right to justice. The WTA is committed to supporting Peng even in the face of political risk.

Simon says that the tour is aware of the high stakes involved with taking such a stance. The WTA has staked a major part of its brand on growth in China, and there are currently 11 tournaments in the country, including the lucrative WTA Finals at Shenzhen, which payed out the largest prize money purse in tennis history in 2019, and has a deal that runs through 2030.

Simon says that supporting one of its players is worth any inherent risk – it’s simply the right thing to do.

“We have an athlete that’s part of the WTA family that’s come out with serious allegations,” he told Clarey. “We’re going to be 100 percent supportive of that, and we want to see a full investigation on this. If that isn’t the case and if they are not cooperative, then we’ll have to make some decisions, and we’re prepared to do so, and that’s the best we can do. But we’re not going to back off this position. It’s the right place to be.”

Simon told Clarey that he’s aware of political dust-ups that the NBA had with China in recent years, in which players and executives from the league expressed anti-Chinese views, which involved significant loss of money to the NBA. He sees no room for compromise.

“If at the end of the day, we don’t see the appropriate results from this, we would be prepared to take that step and not operate our business in China if that’s what it came to,” Simon said.

On Monday, ATP chairman Andrea Gaudenzi issued a statement in support of the WTA’s stance.