Estonia’s Anett Kontaveit has been riding the hot hand since August. On Tuesday in Guadalajara she produced her latest masterpiece – to reach the biggest final of her career. 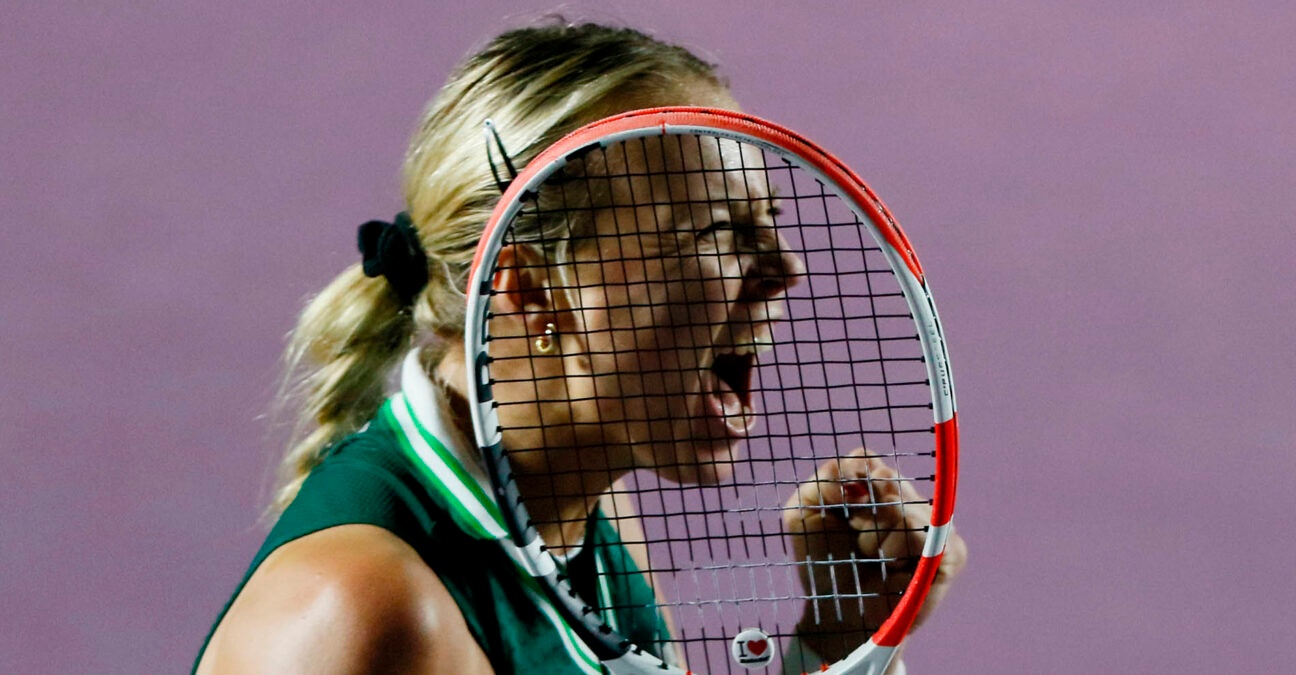 Anett Kontaveit’s confidence has been steadily growing throughout the second half of the WTA season, as the Estonian has racked up wins and titles at an alarming clip. On Tuesday night she used that confidence to muster a clutch comeback against Maria Sakkari of Greece, rallying from a break down in the third set to claim a hard-fought 6-1, 3-6, 6-3 victory. 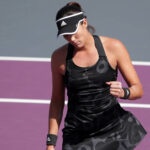 Read also
Relishing “once in a lifetime opportunity”, Muguruza shines in victory over Badosa at Guadalajara
Tennis Majors

A back and forth struggle

After easing through the opening set without much resistance from Sakkari, the match turned in the eighth game of the second set in the Greek’s favour. Sakkari had not earned a single break point until that point, but she was resilient and kept her nose in front of Kontaveit with four consecutive holds, saving three break points along the way.

When the opportunity for a break arose, she was up to the task. Sakkari broke for 5-3 and served out the set, converting her fourth set point with a wicked body serve that forced Kontaveit to miss a forehand.

Sakkari kept the momentum for a while in the third set, and moved ahead by a break at 3-2, before things turned on a dime.

From there it was Kontaveit who turned up the heat. The Estonian stormed back to win the next eight points, retrieving the break and holding for 4-3. Then she dug in and gutted out a marathon 12-minute game, surviving eight game points from Sakkari, and finally breaking as the Greek’s forehand went awry after six deuces.

It was the straw that broke the camel’s back. Kontaveit then served out the match, finishing off the biggest win of her career in two hours and two minutes to become the first Estonian to ever play for the title at the WTA Finals.

Sakkari falls to 3-14 lifetime in WTA semi-finals, a record that includes a squandered match point at this year’s Roland-Garros semi-finals, and could not hide her severe disappointment after the match.

“I mean, it’s just very tough for me to talk about all this,” she told reporters. “Today was, I have to say, a missed opportunity from my side. It’s definitely from my side. Obviously there’s a lot of respect from my side to Anett’s game and personality. …

“I think today I was just very close on taking that chance. I just wasted it. That’s why it hurts so much. It’s not that it was just bad luck, it’s that I threw away another chance. It hurts.”

Sakkari, who finishes a breakout season in which she made her top 10 debut, reached her first two Grand Slam semi-finals and earned a tour-leading nine top 10 wins, plans to get to the bottom of her lack of semi-final success this off-season.

On the flip side of Sakkari’s struggles, Kontaveit’s performance in semi-finals has been nothing short of remarkable. The 25-year-old world No 8 has now won her last eight semi-finals, dating back to Palermo in September of 2020.

Of late, Kontaveit has done well in all rounds. She has now won 29 of 32 matches dating back to her first match in Cleveland, and picked up four titles in that span. If she can manage a victory in Wednesday’s final she’ll finish the season tied for the WTA lead in titles with Ash Barty.

“I feel like the last few months have really showed me that I can play really well, I can beat great players consistently,” she said. “I think I sort of have this self-belief now. When I came here, of course, I had nothing to lose. Every time I step on the court, I still think I can win the match, just do well.”

The Estonian trails the head-to-head with Muguruza, 2-3, including a loss against the Spaniard on Sunday, but Kontaveit is ready to finish her season off with a bang.

“I think we’ve played a couple times in a very short period of time,” she said. “I’m ready for a tough match. She’s played some great tennis. She’s beaten really good players. So have I. I’m really looking forward to this new challenge. It’s a new match. The previous matches, I think they don’t really matter if you have this new opportunity.”

“Back? I never disappeared” – Muguruza not happy after losing to Kenin
tennis majors 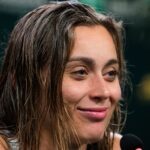