2021 ATP Cup – Medvedev leads Russia through to final against Italy 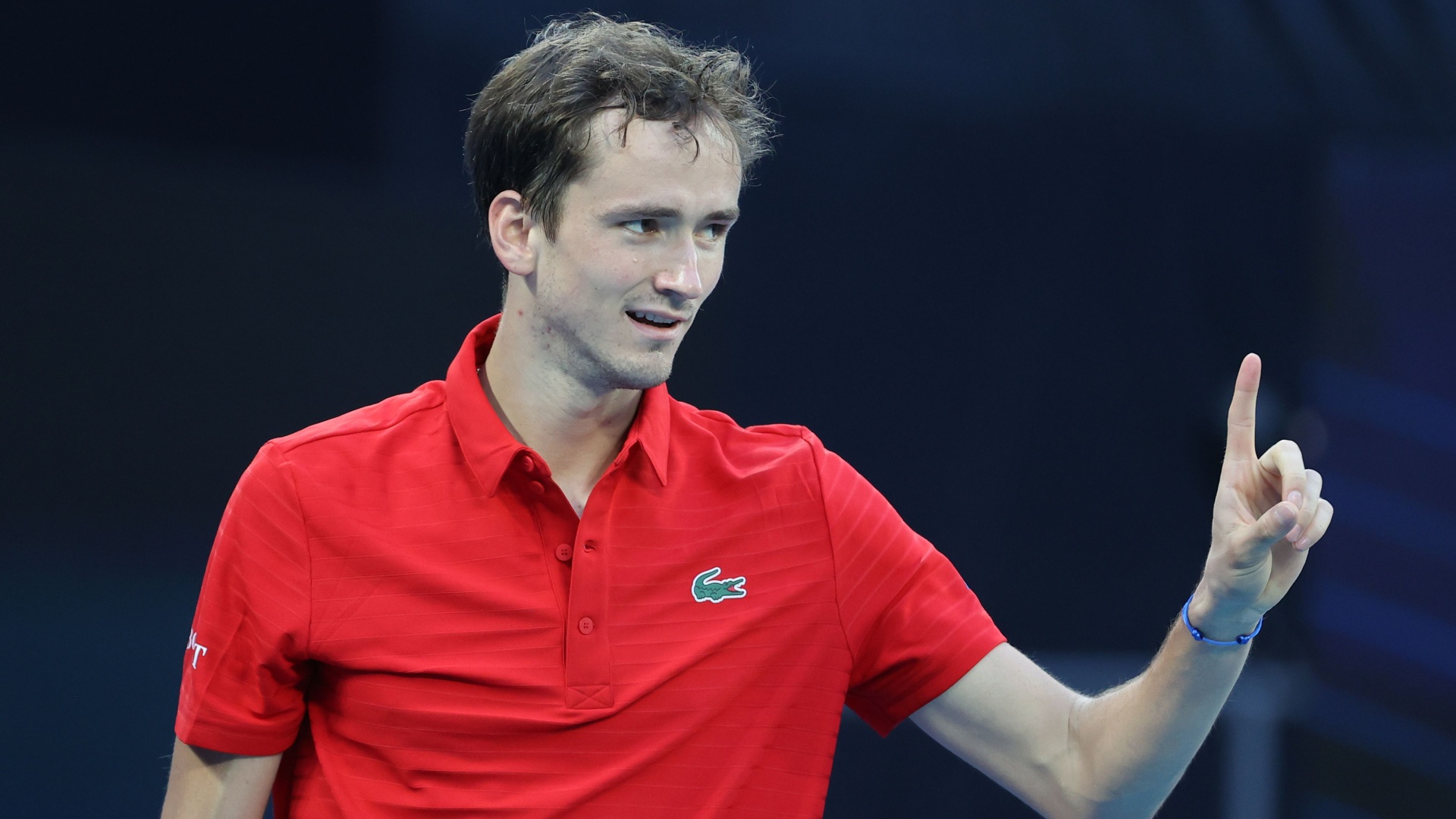 Daniil Medvedev was the hero for Russia as he led his country into the final of the ATP Cup while Fabio Fognini and Mattteo Berrettini joined forces to send Italy through to Sunday’s title decider.

What you need to know: Medvedev the star

No question who was the star of the show in the semi-finals as Daniil Medvedev took down Alexander Zverev in a thrilling encounter to seal Russia’s place in the final of the ATP Cup for the first time with victory over Germany. The 24-year-old, who won the ATP Finals title at the end of last year, edged out Zverev 3-6, 6-3, 7-5 after two hours, 35 minutes to win an epic battle on Saturday, full of lung-busting rallies and hard hitting from the baseline.

The Russian out-aced Zverev 13 to seven and pinched the crucial break for 6-5 in the third. And though he double-faulted twice on match point, he held his nerve to secure a 2-0 win for Russia, after Andrey Rublev had maintained his form with a 3-6, 6-1, 6-2 win over Jan-Lennard Struff earlier in the No. 2 singles match, Russia clinched the tie and advanced to face Italy for the title.

And Medvedev shot down any thoughts that he might follow the example of others by pulling out of the final to protect his chances at the Australian Open, which begins on Monday. “I will definitely play,” he said.

.@MattBerrettini sends Italy through and the @ATPCup final is set!

Pablo Carreno Busta and Roberto Bautista Agut had done a good job of carrying Spain while Rafael Nadal, not willing to risk a sore back, sat on the sidelines throughout the week. But against Italy, with Fabio Fognini and Matteo Berrettini firing on all cylinders, they fell short on Saturday.

First Fognini battled past Carreno Busta 6-2, 1-6, 6-4 before Berrettini beat Bautista Agut 6-3, 7-5. Berrettini has not dropped a set in his three matches so far.

“It’s an unbelievable feeling,” Berrettini said on court. “Last year I couldn’t make it (to the ATP Cup), so I’m really happy that the first time that I played we are into the final. The job is not done yet, but we are really happy for what is happening.”

Berrettini said he was looking forward to the battle against Medvedev and Rublev.

“For sure it’s a final, so we are the two best teams,” he said. “These two guys, they played unbelievable at the end of 2020. They’re still playing really good, but it’s a final, anything can happen,” Berrettini said. “They are great players, but we also have a great team, so it’s going to be a tough one.”