At 40 years old and after 23 years on the circuit, Roger Federer celebrates a symbolic new year on August 8. We look back at what the tennis world looked like in 1998, when it all began for the Swiss. 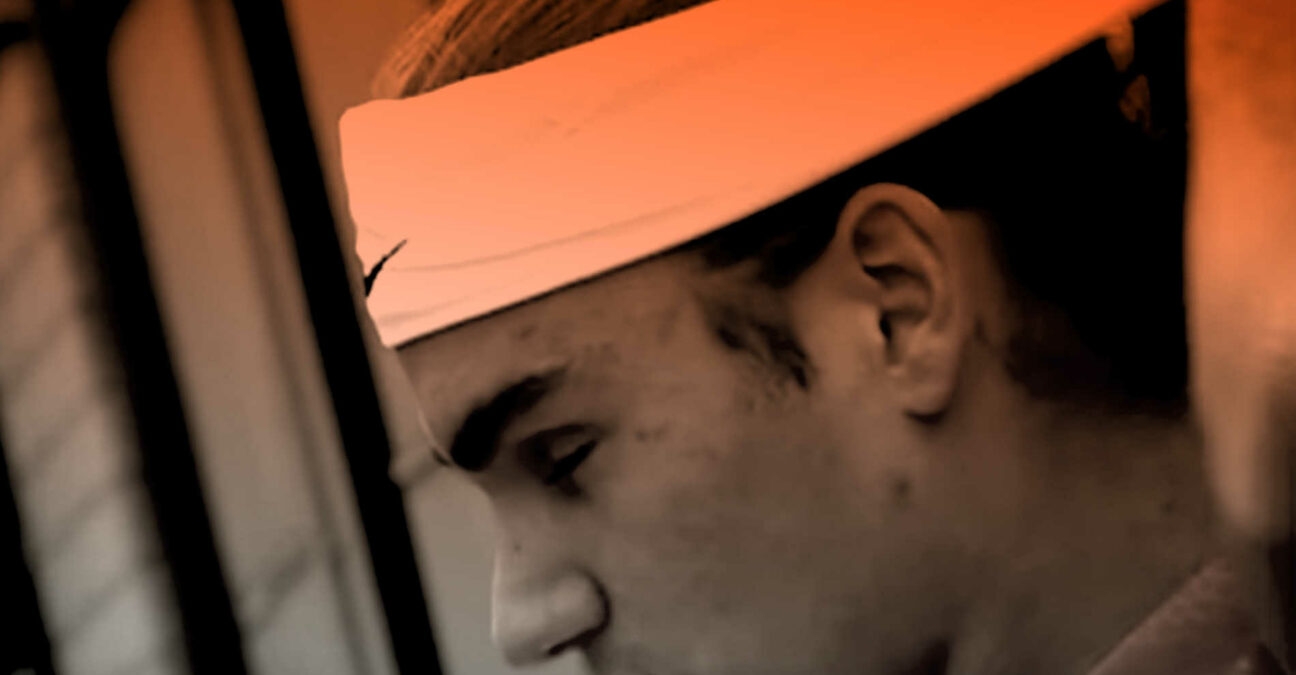 July 1998. An almost 17-year-old Swiss player, Roger Federer, plays his first professional tennis tournament in Gstaad, more than two hours’ drive from home. He loses to the 88th-ranked player in the world, Lucas Arnold Ker (6-4, 6-4 in 1h 20mins). The Argentine doesn’t know yet that he is at the peak of his singles career, soon to be No 77 and that he will go down in the record books as a good doubles player (15 ATP titles). 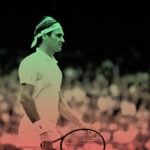 The future will show that his young opponent is a fast learner. Federer would reach the quarter-finals of his second tournament, in Toulouse, in September of that year. Twenty-three years later, as he celebrates his 40th birthday at No 9 in the ATP rankings, the Basel native has won 20 Grand Slam titles, having won 1,251 of 1,526 matches played.

To gauge the impact of the Swiss’s 40th birthday, we projected what he had left to live after 40, in an article that explored the 40-year-old’s rare success in professional tennis. Here we delve into what tennis was like in the summer of 1998, to gauge the multitude of stories Federer has lived and, of course, written.

When Federer begins, no one talks about the GOAT

As a teenager, Roger Federer dreamed of becoming like Boris Becker or Stefan Edberg, both winners of six Grand Slam tournaments between 1985 and 1996. The question of the “G.O.A.T.” (Greatest Of All Time) doesn’t exist back then and doesn’t animate social networks: they don’t exist and the internet remains a geek’s privilege.

When tennis history experts are consulted about the greatest player of all time, the names Björn Borg and Rod Laver are most often mentioned. Laver is – and remains today – the only player to have won two calendar-year Grand Slams in 1962 and 1969 (i.e. less than 30 years earlier). Borg won 11 majors, achieved three French Open-Wimbledon doubles and became tennis’ first global star. Roy Emerson, however, with his record of 12 Grand Slam singles titles, remains the man to have lifted the most major trophies.

Pete Sampras, the undisputed world No 1 since 1993, is poised to take part in this discussion but has won “only” 11 majors in July 1998. He will win two more Wimbledons (1999, 2000) and a US Open (2002) to give some substance to his status as the greatest player of all time, though his tally of 14 Grand Slam trophies will be overtaken by Federer, who in 2009, then a 15-trophy winner, will do the double at the French Open and Wimbledon.

In 1998, it was still Ivan Lendl who held the record for longevity at the world No 1 spot with an aggregate of 270 weeks. Jimmy Connors is close behind him with 268 weeks. Pete Sampras is at 233 weeks. Roger Federer will take that record to 310 weeks and then Novak Djokovic to 332 weeks (ongoing series).

The GOAT debate – discussed here in our podcast The Volley – is now heated around the names Federer, Rafael Nadal and Djokovic, with 20 Grand Slams each.

At the time of Federer’s first tournament, on July 6, 1998, only one Swiss player was in the top 100 in the ATP rankings. It was Marc Rosset, Olympic champion in Barcelona in 1992. He has already won 12 titles on the circuit, was ranked 36th in the world and will soon take the young Roger Federer under his wing in the Davis Cup. This will come quickly: Federer, ranked 301st in the world at the end of 1998, is the fifth-ranked Swiss player. The best Swiss man of all time was Jakob Hlasek, who qualified for the Masters in 1988 and was ranked seventh in the world in April 1989.

Swiss tennis is in the process of producing a player of the very highest calibre in the women’s game, in the name of Martina Hingis. Hingis, singled out as a prodigy from childhood, is only a year older than Federer, but she is already the second-ranked player in the world, has already won 18 titles (at only 18 years of age), including four Grand Slam titles (Australian Open 1997, Wimbledon 1997, US Open 1997, Australian Open 1998). She even became, in 1997, the youngest world No 1 in history, at 16 years and 152 days, and the youngest player to win a major, a record that still stands.

Hingis will retire from her career twice, in 2003 and again in 2007. By the time Federer played his first ATP tour matches, neither of the Williams sisters had won a Grand Slam, and no one imagined that the sudden eruption of their incredible power would quickly undermine Hingis’ touch game.

When Federer begins, no one has heard of Nadal and Djokovic

Roger Federer owes his wild-card entry to Gstaad to his victory in the juniors at Wimbledon in 1998, which legitimately earns him the status of a future hope of world tennis. His presumed future rivals are Lleyton Hewitt, Fernando Gonzalez, Guillermo Coria, Paul-Henri Mathieu, Julien Jeanpierre, Daniel Elsner, Arnaud di Pasquale. A wave of young Spaniards (Carlos Moya, Albert Costa, Fernando Vicente, Galo Blanco) and Germans (Tommy Haas, Nicolas Kiefer) are surging up the ATP rankings and look set to do battle with the young Gustavo Kuerten and Marcelo Rios for the biggest titles.

No one has ever heard of the only two players whose tennis will match Federer; Rafael Nadal and Novak Djokovic.

In August 1998, Rafael Nadal has just celebrated his 12th birthday. He won the Open Super 12 in Auray, France, while still hesitating between football and tennis. It was at this time that Nadal now says he began his journey to playing top-level tennis. His two famous appearances at the Petits As in Tarbes, the presumed Under-14 World Cup, have yet to take place, including the 1999 quarter-final against Richard Gasquet.

Novak Djokovic, on the other hand, is 11 years old and has clearer ideas about tennis. But his fame has not yet spread beyond the borders of the former Yugoslavia, still embroiled in the inter-ethnic conflict that began in 1991. Djokovic has not yet suffered the bombing of Belgrade that will mark him for life, decided by NATO and applied from June 10, 1999 after the massacre of 45 Kosovo Albanian civilians in Račak.

Four years earlier, he had been interviewed on Serbian television and he had announced that tennis is for him “an obligation” and he “plays it at night” because during the day he has school. “When I was seven years old, I dared to tell everyone that I could become the best in the world. This desire was so powerful that it manifested itself against all the difficulties I faced,” Djokovic wrote on Instagram.

When Federer begins, you’re almost retired if you are 30

By the time he played his first ATP match in Gstaad in July 1998, 27-year-old Pete Sampras was installed atop the ATP rankings. He was followed by Rios, Petr Korda (father of Sebastien Korda, ranked 45th in the world, and Nelly Korda, Olympic golf champion and her sister Jessica, also a top golf professional), Moya and Patrick Rafter. The week after he entered the tournament in Gstaad, Roger Federer was ranked 693rd in the world.

In 1998, it was even less conceivable than today to be successful in tennis after the age of 30. Although Connors’ 1991 US Open semi-final at 39 is fresh in the memory, this was an era when Lendl stopped his career at 34, John McEnroe at 33, Henri Leconte at 32, Becker and Mats Wilander at 31, Stefan Edberg and Yannick Noah at 30. Borg retired for the first time at 26.

As Federer enters Gstaad, the oldest singles player in the Top 100 is Italy’s Gianluca Pozzi. He is “only” 33 years old. There are only eight 30-somethings in the top 100 and no player over 36 in the Top 500.

By comparison, in 2021, Ivo Karlovic and Federer are the two 40-year-olds on the singles circuit in the world’s top 300 players. The 42-year-old Croat is 205th in the world. There are 38 30-somethings in the Top 100, including 11 over 35, plus one 40-something: Roger Federer, a promising teenager turned legendary champion.