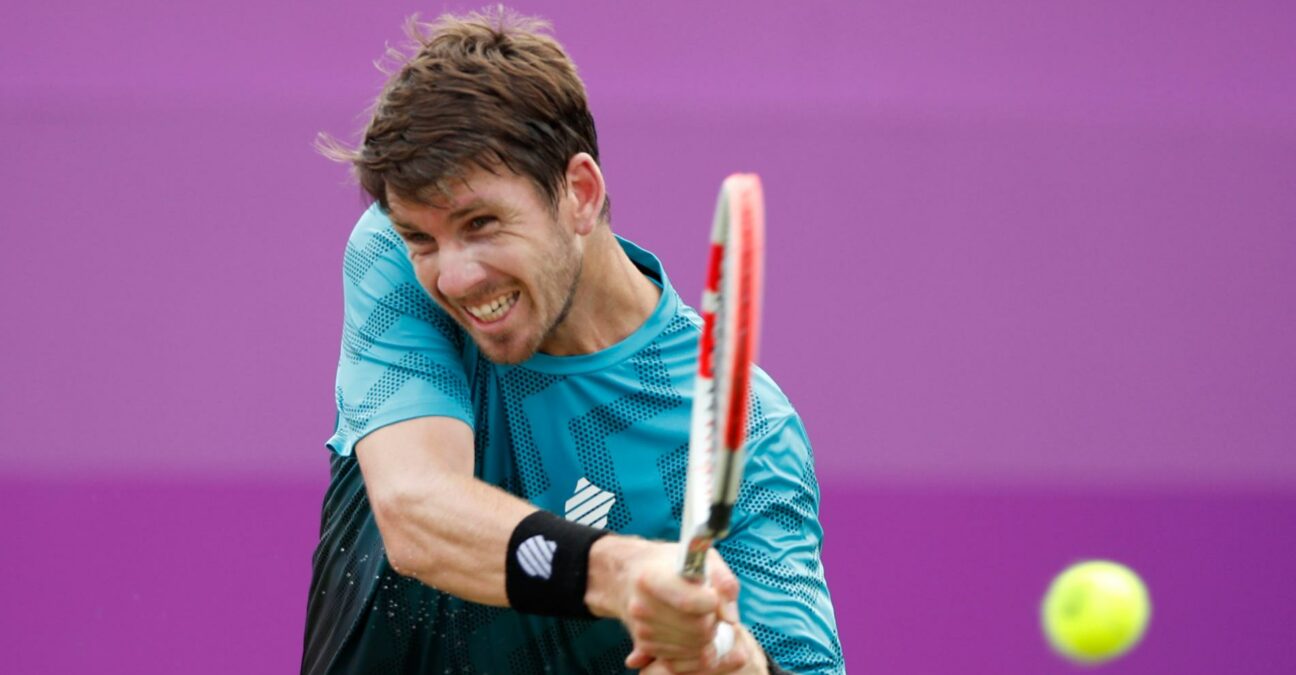 It’s been an outstanding year for Cameron Norrie and it could get even better on Sunday when the Briton takes on Matteo Berrettini for the title in the cinch Championships at London’s Queen’s Club.

Victory for the 25-year-old would give Norrie a first career title after three runners-up efforts in 2021 and write his name in the history books.

Should the left-hander beat world No 9 Berrettini, he would become the first British man – other than Andy Murray – to win the title at Queen’s since World War II.

“It hasn’t really sunk in yet,” he said. “It’s a huge tournament for me and one of my biggest achievements so far. Let’s see if I can go one better tomorrow.”

Giving the home crowd something to shout about 🗣️🇬🇧@cam_norrie upsets Shapovalov 7-5, 6-3 to reach his first ATP 500 final.#cinchChampionships pic.twitter.com/Q0MmWiK8eD

Norrie booked his place in the final with a fine 7-5, 6-3 win over the No 2 seed, Denis Shapovalov, who had had to finish off his quarter-final against Frances Tiafoe earlier in the day before taking on an inspired Norrie.

Shapovalov showed plenty of flair, as always, but Norrie grabbed a tight first set and then, with the home fans helping, he pulled away in the second to reach his fourth final of 2021.

Berrettini into the final on his debut

World No 9 Berrettini beat Murray in the second round and also took out Dan Evans on his way to the semis and the Italian continued his outstanding form with a 6-4, 6-4 win over Australia’s Alex de Minaur.

Berrettini is now 25-6 in 2021 and will be favourite to win on Sunday, having already shown in 2019, when he won in Stuttgart, that he is at home on grass.

“(Making the final) was the goal of the week and now I have one more step,” he said. “It is a great achievement, especially (with) the history of this tournament. I am really happy because to beat Alex today, I had to play my best tennis,” Berrettini said.

Norrie said he was looking forward to the challenge.

“I’ve watched him a little bit throughout the week,” he said of Berrettini. “He has a huge serve, he likes a drop shot. I saw him play earlier today and he had a really good day so it’s not going to be easy. I’m looking forward to it.”