In 2019 Stefanos Tsitsipas became the seventh ATP Finals debutant to claim the title. This year, Andrey Rublev and Diego Schwartzman will try to follow in the Greek’s footsteps. 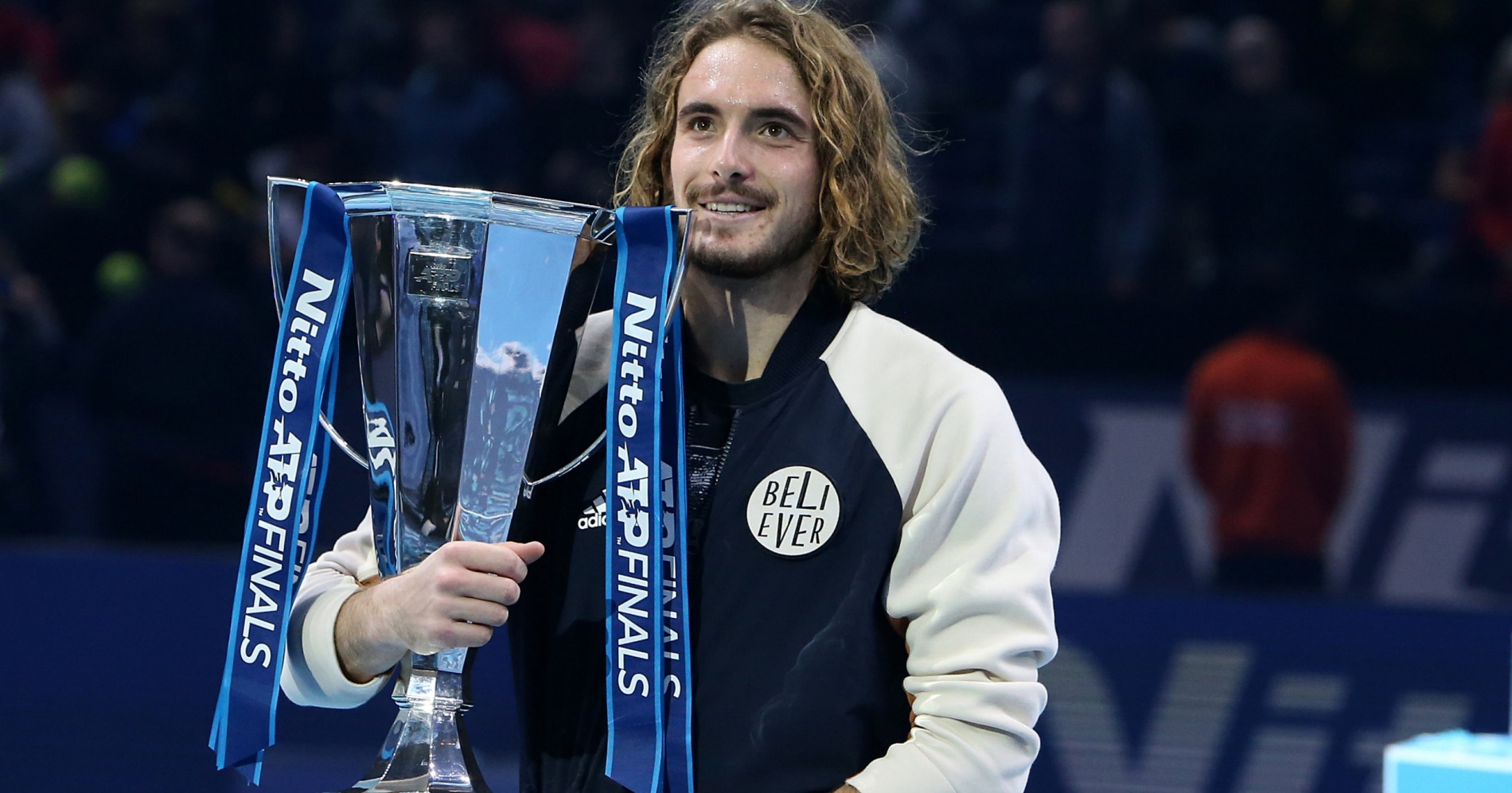 The 50-year history of the Nitto ATP Finals has seen some stunning debuts. Fifty years ago it was Stan Smith who kicked off the event in style in Tokyo by edging the great Rod Laver in the inaugural ATP Finals, which were then known as the Pepsi-Cola Masters . Since then six more players have taken home the trophy on their debut, including 21-year-old Stefanos Tsitsipas last year.

Tsitsipas became the second ATP Finals debutant to claim the title in the last three years, and just the third since 1998. Here’s a look at all seven players who won the ATP Finals on their first attempt.

His path to the title: After going 2-1 in round robin play (wins over Medvedev and Zverev, loss to Nadal) Tsitsipas defeated Roger Federer in straight sets to reach the final. In the final the Greek toppled Dominic Thiem in a thrilling three-setter that went down to a final-set tiebreaker.

What made it special: Tsitipas’ 6-7(6), 6-2, 7-6(4) victory over Thiem marked just the third time in history that an ATP Finals title match was decided by a tiebreaker, and the first time since 2005. The Greek was the first from his country to win the title and the youngest players to claim the title at the ATP Finals since Lleyton Hewitt in 2001. 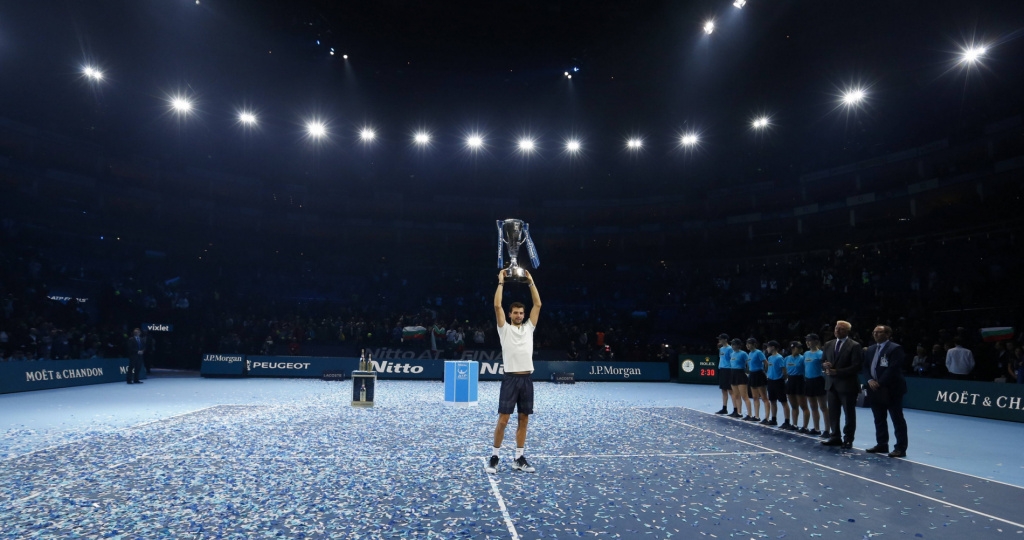 His path to the title: Dimitrov defeated Dominic Thiem, David Goffin and Pablo Carreno Busta in round robin play, before defeating Jack Sock in the semis and doubling up on Goffin in the final.

What made it special: Dimitrov became the first debutant to claim the title since 1998, and didn’t lose a single match in the competition.

His path to the title: Defeated Agassi, lost to Henman, defeated Costa in round robin play. Topped Sampras in the semi-finals and then outlasted Carlos Moya in a five-set final for the title.

What made it special: Corretja saved three match points in his victory over then world No 1 Sampras – it was one of two victories over reigning world No 1 players that the Spaniard earned over the course of his career. 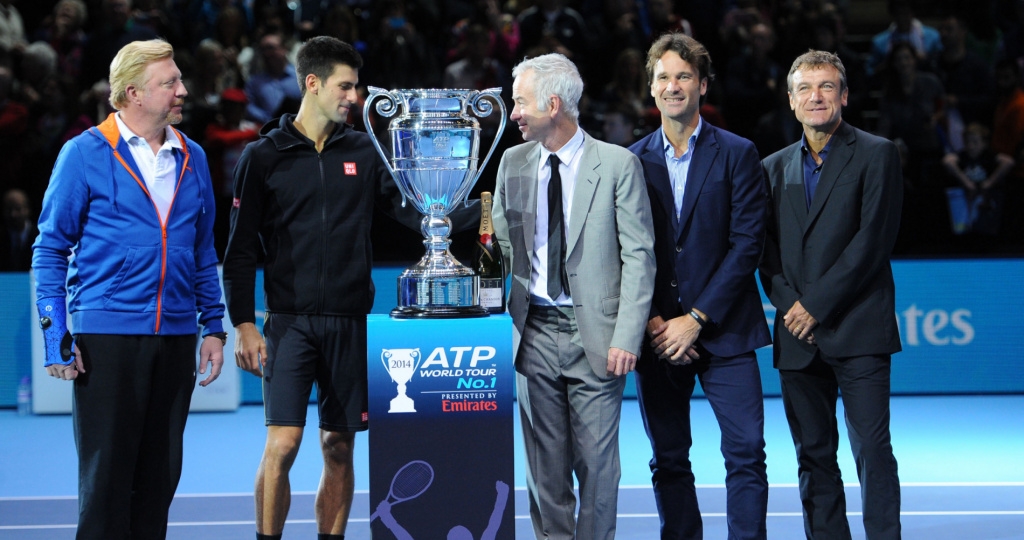 His path to the title: Defeated Arthur Ashe, Jimmy Connors and Harold Solomon to reach the semis, then toppled Eddie Dibbs in the semis before doubling up with another win over Ashe in the final.

What made it special: McEnroe became the first teenager to win the prestigious ATP Finals title, a distinction that he still holds to this day. McEnroe is the youngest ATP Finals champion in history.

His path to the title: Defeated Onny Parun before toppling No 2-seeded Newcombe and No 4 seeded Borg in straight sets. Defeated Paul Ramirez in four sets in the semi-finals and Ilie Nastase in five sets to claim the title.

What made it special: Vilas stopped three-time defending champion Nastase in the final, which was no small feat. The Romanian was one of the toughest outs that the competition has ever seen. To this day Nastase owns the best winning percentage among players that have competed in ten or more ATP Finals matches (22-3, .880)

His path to the title: Nastase won all four of his round robin matches (d. Richey, d. Kodes, d. Graebner, d. Franulovic, walkover over Barthes) before defeating Stan Smith in three sets in the final in Paris.

What made it special: Nastase won four of his five matches after falling behind by a set, and capped a season that saw him go 85-12.

His path to the title: Defeated Rosewell, Kodes and Franulovic before falling to Ashe in his last round robin match. Topped the great Rod Laver in the final.

What made it special: It was the inaugural ATP Finals, known then as the Pepsi-Cola masters, and played in Tokyo for the only time. The victory marked Smith’s one and only title at the ATP Finals; Laver never won it.