World No 1 Novak Djokovic was under fire on Monday after Borna Coric followed Grigor Dimitrov in testing positive for Covid-19 and three more top players went into self-isolation after playing in the Serb’s Adria Tour exhibition event in Croatia. 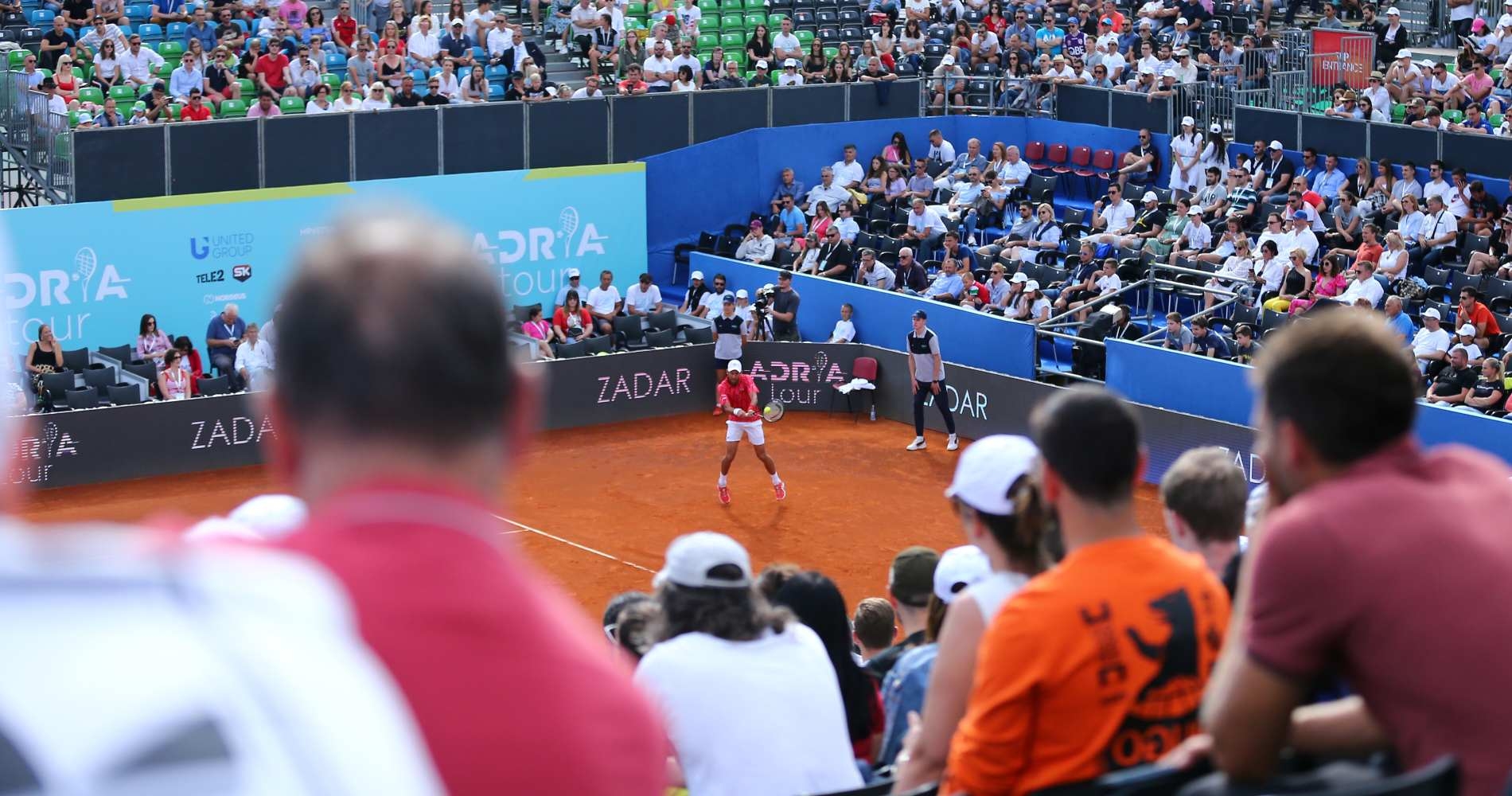 Djokovic, who organised and played in the event’s first two legs, in both Serbia and Croatia, is awaiting results of his Covid-19 test. Alexander Zverev, Marin Cilic and Andrey Rublev – all of whom tested negative – announced on Monday that they would be going into 14 days of self-isolation. According to SportKlub, Djokovic’s fitness coach Marko Paniki and Dimitrov’s coach Kristijan Groh also tested positive.

The final of the second leg of the Adria Tour in Zadria, Croatia, was cancelled on Sunday after Dimitrov’s announcement and the world No 1 has come under fire for holding the event, with packed crowds and seemingly no social distancing.

While most of the Adria Tour field were tested on Sunday evening in Croatia, Djokovic went home to Serbia and is awaiting the result of a test done there. Dominic Thiem, who played in the first leg in Belgrade, was tested on arrival at Ultimate Tennis Showdown in France, where he played his first matches at the weekend.

Though Serbia had removed many of its Covid-19 regulations before the start of the Belgrade event, 1-metre social distancing rules were not adhered to, with fans sitting next to each other while the players, including Djokovic, Thiem and Zverev, socialised off court, notably at a party after the event.

On Monday, Australian Nick Kyrgios, one of many players who were quick to question the crowded stands in Serbia for the first leg, led the criticism of what had happened.

🤦🏽‍♂️🤦🏽‍♂️🤦🏽‍♂️ Boneheaded decision to go ahead with the ‘exhibition’ speedy recovery fellas, but that’s what happens when you disregard all protocols. This IS NOT A JOKE. https://t.co/SUdxfijkbK

In a post on Instagram, Dimitrov posted a photo of himself wearing a mask and apologised for potentially putting others at risk.

Hi Everyone-I want to reach out and let my fans and friends know that I tested positive back in Monaco for Covid-19. I want to make sure anyone who has been in contact with me during these past days gets tested and takes the necessary precautions. I am so sorry for any harm I might have caused. I am back home now and recovering. Thanks for your support and please stay safe and healthy. GD

“Hi Everyone-I want to reach out and let my fans and friends know that I tested positive back in Monaco for Covid-19. I want to make sure anyone who has been in contact with me during these past days gets tested and takes the necessary precautions. I am so sorry for any harm I might have caused. I am back home now and recovering. Thanks for your support and please stay safe and healthy. GD”

Croatian star Coric revealed his news on Monday morning, adding that he was asymptomatic.

Former world No 1 Andy Murray, set to return to action in the Schroders Battle of the Brits on Tuesday, said everyone should learn from what has happened.

“Once you start having mass gatherings with people coming in from all sorts of countries, it’s a recipe for it to kick off,” Murray said. “So it’s kind of a lesson for all of us – if we weren’t already – to take this extremely seriously, and to have as many safety measures in place as possible.”

Cilic, Zverev and Rublev all announced they had tested negative but said that they would be following protocols and self-isolating for 14 days.

What is happening in the world now is our responsibility. This is a global problem and it affects all of us. We need to all help reduce the spreading of this virus. So I am going to self quarantine for the next 14 days. Thank you for your support.

In a statement released on Monday, the ATP urged everyone to follow the protocols that are in place.

The ATP wishes a complete and quick recovery for the ATP players and members of their staff who tested positive for COVID-19 following involvement in the Adria Tour exhibition tournament. The ATP continues to urge strict adherence to responsible social distancing and health and safety guidelines to contain the spread of the virus.

In planning for the resumption of the ATP Tour season from 14 August, ATP and other stakeholders have made exhaustive plans to mitigate risks through a variety of precautions and protocols to be implemented at ATP events. We continue to plan and adjust these precautions and protocols according to latest medical information and prioritize safety in assessing every decision.

The ATP Tour and WTA Tour, which have been suspended since March because of the pandemic, are due to begin again in August, with no fans and strict Covid-19 testing and regulations. The US Open, under equally strict protocols, is scheduled to be played August 31 to September 13. Roland-Garros, which moved from its traditional May-June date and is now due to be played September 27-October 11, is still hoping to allow some fans into the grounds.

Djokovic had cast doubt over whether he would play the US Open because it was planning to allow players to bring only one person with them. After the US Open said it was likely to allow three people to accompany players, Djokovic said he was “excited to play” but hopes that restrictions can still be eased further.