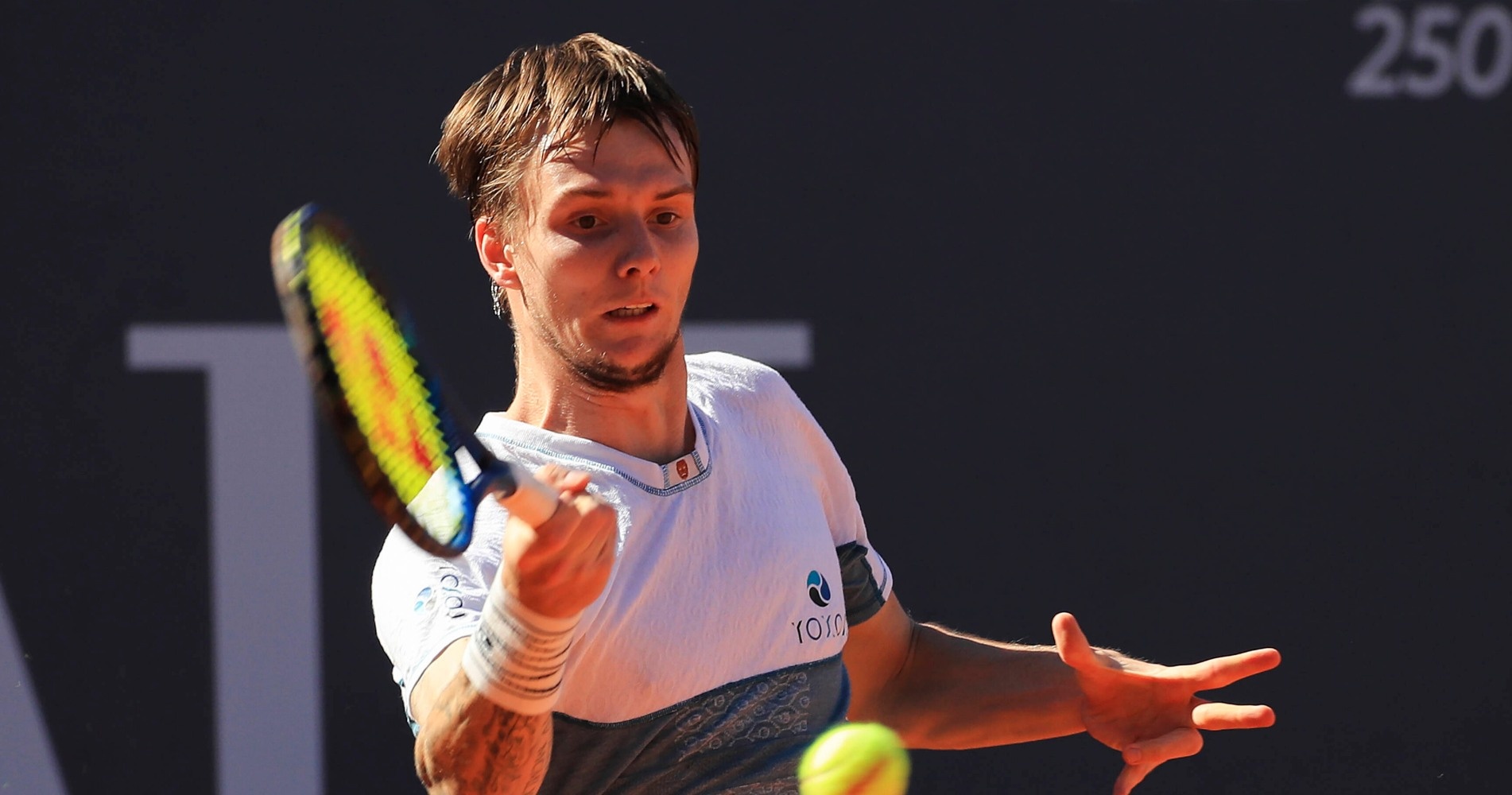 Alexander Bublik’s status as the Estoril Open’s fifth seed meant little to Pedro Martinez as the Spaniard romped to a straight-sets victory on Tuesday.

Meanwhile, Doha champion Nikoloz Basilashvili was among the seeded players to advance at the BMW Open in Munich.

Qualifier Martinez needed just 53 minutes to see off Bublik, a player ranked 57 spots above him, triumphing 6-3, 6-0 to reach the second round.

He will now face Brit Cameron Norrie, a 6-1, 6-3 winner over home hope Joao Sousa in Portugal.

Former US Open champion Marin Cilic, seeded sixth, might have feared going the same way as Bublik after losing the second set against 17-year-old Carlos Alcaraz.

How Marin Cilic got a very good win over Carlos Alcaraz here in Estoril. pic.twitter.com/VLK4yI6cIi

Basilashvili and Struff advance in Munich but Korda exits

At the BMW Open in Munich, Nikoloz Basilashvili, seeded fifth, defeated Thiago Monteiro 6-2, 6-3 to advance to the second round as did seventh seed Jan-Lennard Struff who won on home soil.