Home » News » ATP » Even with calendar-year Grand Slam in sight, Djokovic is not assured of year-end No 1 spot – yet

Even with calendar-year Grand Slam in sight, Djokovic is not assured of year-end No 1 spot – yet 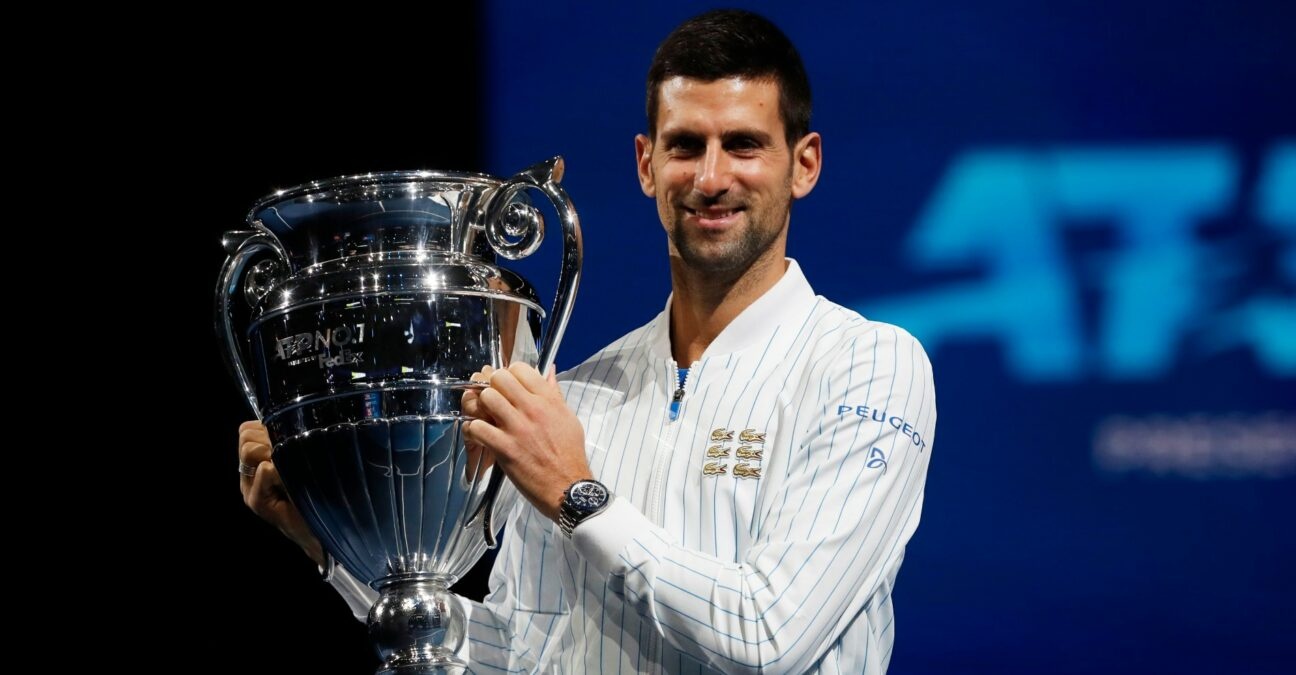 Novak Djokovic at the ATP Finals in 2021 AI / REUTERS / PANORAMIC

Considering that Novak Djokovic has won the year’s first three Grand Slam events – and is a big favourite to win the US Open and complete the coveted calendar-year Grand Slam – it almost seems ridiculous that anyone else could end the year as the world No 1.

However, because Djokovic has focused almost everything on the four majors this year, others have stolen a march and collected points elsewhere, to the point where the No 1 ranking is, somewhat remarkably, still up for grabs.

Nevertheless, should Djokovic win at Flushing Meadows, he would virtually seal the year-end No 1 spot for a record seventh time, breaking free of the tie with Pete Sampras on six.

The changes to the ranking system enforced due to the Coronavirus pandemic means that being 100 percent sure of the numbers is not an easy task. But as the players prepare to begin the US Open, which begins in earnest on Monday, Djokovic holds a commanding lead.

In a normal year, we’d know for sure just by looking at the calendar-year Race standings but this time, the two will not match come the end of 2021, because it’s only from August 2022 that the 52-week ranking will be fully restored, and that’s providing there are no more changes as a result of protocols.

Chasing pack all defending big points in rest of 2021

However, as things stand, Djokovic is well clear, 1,133 points ahead of Daniil Medvedev. With just 180 points to come off the computer after the US Open after his default in 2020 and his walkover against Stan Wawrinka in 2019, Flushing Meadows offers the 34-year-old a great opportunity to pull further clear. In total, he has 2,350 points dropping off before the end of 2021, but plenty of opportunities to add to his tally.

It’s all hypothetical, of course, but should Djokovic win the title and become the first man to complete the Grand Slam since Rod Laver in 1969, he would be even further ahead.

Stefanos Tsitsipas (second to Djokovic in the calendar-year standings) has a better chance to close the gap, with 2,320 points to come off before the ATP Finals in Turin.

In-form German Alexander Zverev has 3,480 points to come off before Turin, so he too is facing a battle to get close, although all players will have the chance to win 1,000 points in Indian Wells, which is being played in October this year, and of course, at Bercy.

But if Djokovic wins the US Open, the door will be firmly shot and the Serb will pick up yet another record as he continues to add more reasons for himself to be called the Greatest of all Time. And even if he doesn’t, he’s still more than likely to end up on top again.