Home » News » ATP » For Pliskova, “a different look in her eyes” dates back to first round

For Pliskova, “a different look in her eyes” dates back to first round

Karolina Pliskova is going up against Ashleigh Barty in the Wimbledon final on Saturday afternoon. The Czech arrived at the All-England Club with little to no confidence. Now, the confidence is back. 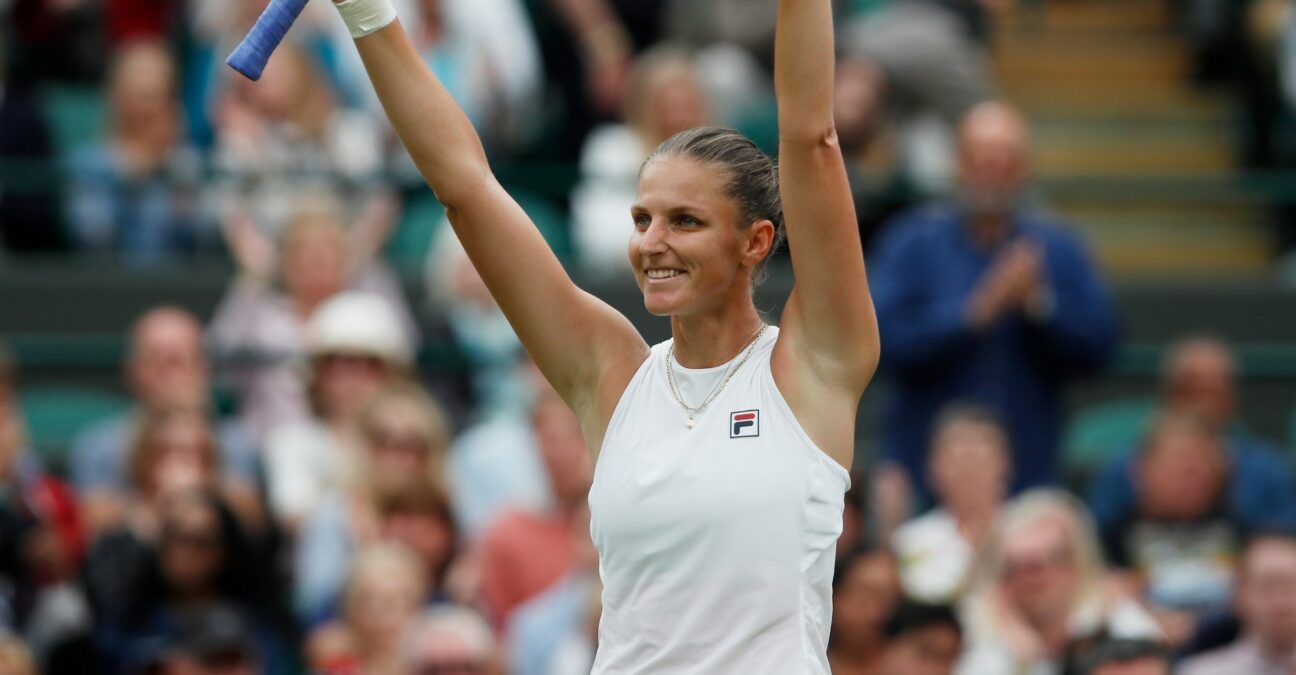 Karolina Pliskova was short on confidence heading into Wimbledon, and it’s not hard to figure out why. Pliskova was 1-4 in her last five matches – including 0-2 on grass – and had dropped out of the top 10 of the WTA rankings. She had advanced past the quarter-finals of just one tournament, and that run ended with a humiliating 6-0, 6-0 loss to Iga Swiatek in the Rome title match.

While Pliskova’s belief may have been lacking, it never wavered for coach Sascha Bajin.

“I don’t want to sound cocky or anything like that, but if I don’t believe in my player then I must be doing something wrong,” Bajin said during his press conference before the Saturday’s final at the All-England Club between Pliskova and Ashleigh Barty. “Every tournament we go to…we aim for big results. Maybe this time I was a little bit more vocal. I don’t know why.”

But Bajin does know the exact point in this fortnight in which he really started to think a big result was possible. It came in the very first round, when Pliskova trailed French Open semi-finalist Tamara Zidansek 5-2 in opening set before storming back for a 7-5, 6-4 victory.

She was 2-5 down first set and something happened.

“It was after that first match against Zidansek,” Bajin reflected. “She was 2-5 down first set and something happened. It’s very hard for me to explain. I saw something change. She got up off the chair, different look in her eyes, like a different player. It was something about her that changed. I was like, ‘We’re going to be’…from that day I told her every day that we’re going to be here two weeks later having this conversation. I’m just happy it worked out.”

To say it has worked out would be a gross understatement. Having previously never been past round four in SW19, Pliskova finds herself in the championship match following victories over :

The Czech has won 12 of 13 sets – losing just one to the second-seeded Sabalaneka – and eight have been no more competitive than 6-3.

Even now, Pliskova finds it hard to believe.

“I think still half can’t believe it because somehow coming into this tournament the dream was to make the second week,” the eighth seed commented. “Because I was not in the second week for a while. I never thought about. maybe going into the final. Sascha was super confident in me. He said, ‘I told you you were going to make the final.’”

Facing the world No 1 in the Wimbledon final: “It can’t be any better than that”

Is her coach’s mentality finally rubbing off on Pliskova? It sounds like it. She expressed conference of her own about the upcoming final even it’s the world No 1 on the other side of the net.

“I think it can’t be any better than that. You want to play the best player in the final. Of course I don’t want anybody else but her there.

She has extremely difficult game to play

“But I think she has extremely difficult game to play. It’s going to be difficult on grass because of her slice and just her game overall. It’s a final; anything can happen. Also for her I know she has a Grand Slam but also for her (it) is the first Wimbledon final. I think we both have good chances.”

Whatever happens, the fact that Pliskova got this far is a surprise – maybe not to Bajin, but to everyone else. Including to Pliskova, herself.