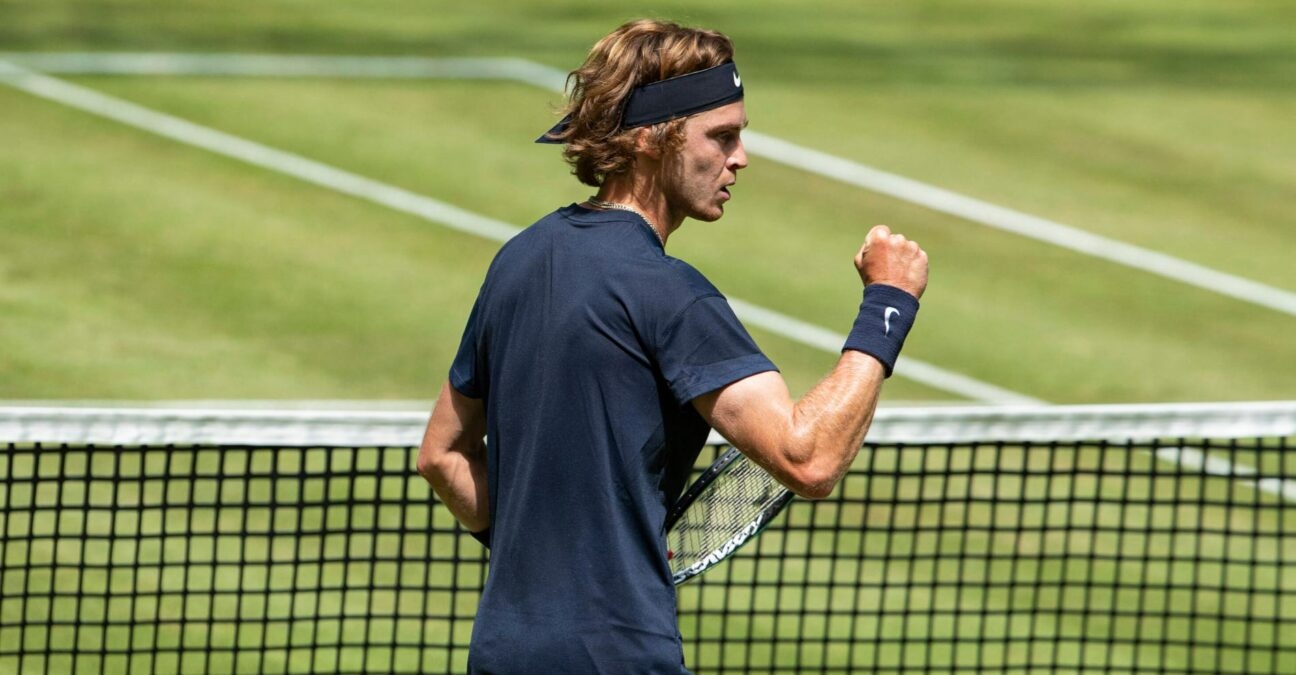 Andrey Rublev in action in Halle in 2021 Imago / Panoramic

Andrey Rublev will be aiming for a career first when he takes on Ugo Humbert of France in the final of the Noventi Open in Halle, Germany, on Sunday; a first title on grass.

The Russian, equally at home on both hard courts and clay, showed his game is adaptable to every surface as he beat Nikoloz Basilashvili of Georgia 6-1, 3-6, 6-3 in the semi-finals on Saturday.

“It’s my first final on grass,” ATPTour.com quoted Rublev as saying. “I think I can play on every surface and I will try my best again tomorrow.”

The Russian is into his sixth ATP 500 final and his win over Basilashvili means his record in ATP 500s since the ATP Tour resumed after the pandemic last August is now 29-2. In his 12th career final, he will try for his ninth career title and his second of 2021.

World No. 7 @AndreyRublev97 will play for his 5th ATP 500 championship of the last 9 months at @ATPHalle on Sunday.

Revenge for Humbert over Auger-Aliassime

Frenchman Humbert won a topsy-turvy battle with Felix Auger-Aliassime as he claimed a 6-4, 3-6, 7-6 (5) victory in the second semi-final.

Humbert led by a set and 3-1 before Auger-Aliassime, who beat the Frenchman in two tiebreaks in Stuttgart last week in Stuttgart and who beat Roger Federer earlier in the week, hit back to force a decider.

The Canadian had some break point chances early in the deciding set but was fighting all the time on his own serve. He saved two match points at 5-4, he was unable to stay with Humbert in the tiebreak and the left-hander took it 7-5 for his fourth consecutive three-set victory in Halle this week and a place in the final.

Rublev beat Humbert in their only previous meeting, indoors in St Petersburg in 2020.