The Greek produced a near-perfect performance, especially on serve, as he stormed to victory in Monte-Carlo 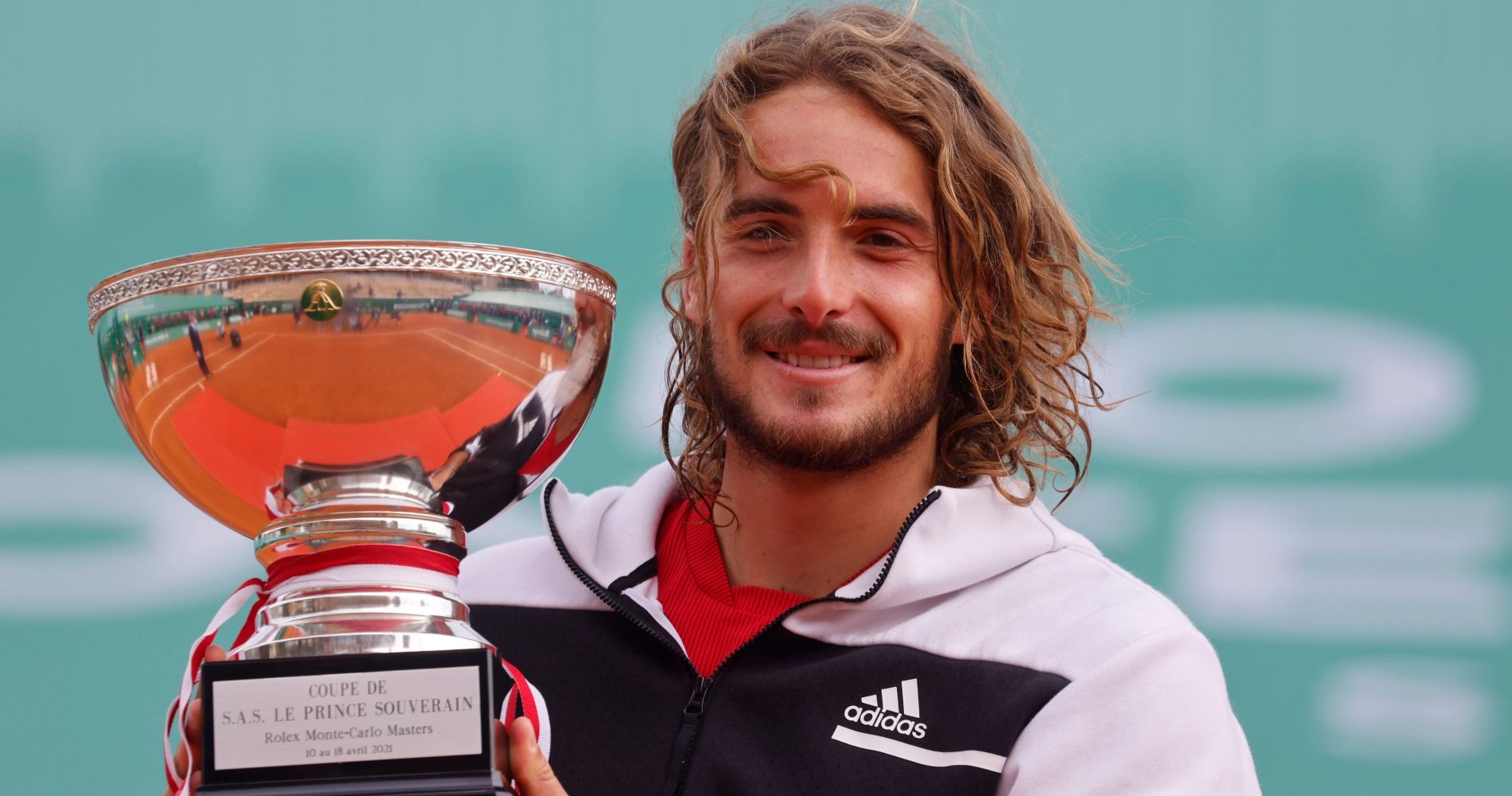 In cool, at times damp conditions, the world No 5 broke once in the first set and twice in the second to claim his first title since Acapulco in 2020, ending a run of three straight defeats in finals, for the sixth title of his career.

World No 8 Rublev had beaten Rafael Nadal on the way to his first Masters 1000 final but Tsitsipas was too strong in all departments, holding his nerve in the second set to clinch victory.

“It’s an unbelievable week in Monte-Carlo,” Tsitsipas said. “I can’t describe the feelings right now. I’d consider it the week of my life so far.

“The clay-court season couldn’t start better; it’s the best thing right now winning my Masters 1000 and even more special doing it on home soil in Monte-Carlo.”

A huge moment in the career of @steftsitsipas who beats Rublev 6-3, 6-3 to win the #RolexMCMasters 🙌 pic.twitter.com/25iTu1Wn3e

In his two previous Masters 1000 finals, Tsitsipas failed to win a set but having not dropped a set all week, he put that statistic right with a flawless opener against Rublev.

Serving beautifully, the Greek broke in the second game and maintained the advantage throughout to move ahead. He dropped just five points on his serve in the entire first set, while Rublev was under pressure throughout, finding his spot with only 46 percent of first serves, inviting Tsitsipas on to him. The world No 5 wrapped up the set in style with a love service game.

Having played six times on Tour – and many times as juniors – the two men know each other and their games inside out and the psychological side of things was always going to be crucial. The Russian made a move when he complained to the umpire about the noise Tsitsipas was making with the sliding of his shoes, but it didn’t have any effect.

In his first Masters 1000 final, Rublev continued to fight but was frustrated by the brilliance of Tsitsipas, irritated at every point he lost, unable to really get to grips with the Greek’s game. Even when he did play a good point, like on the opening rally of the third game, Tsitsipas produced a stunning backhand pass from way behind the baseline.

A missed backhand gave Tsitsipas the break for 2-1 in the second set and the world No 5 broke again in the eighth game, falling to his knees in joy as he claimed victory to make the perfect start to the clay-court season.

Tsitsipas is now No 1 in the ATP Race – the calendar-year rankings – while Rublev will overtake Roger Federer to be No 7 in the official ATP rankings on Monday.