Every day, Tennis Majors takes you back in time to relive a tennis event which happened on this specific day. On this day in 2006, Djokovic claimed his first ATP singles title, and set out on a path that would make him one of the Greatest Players of All Time 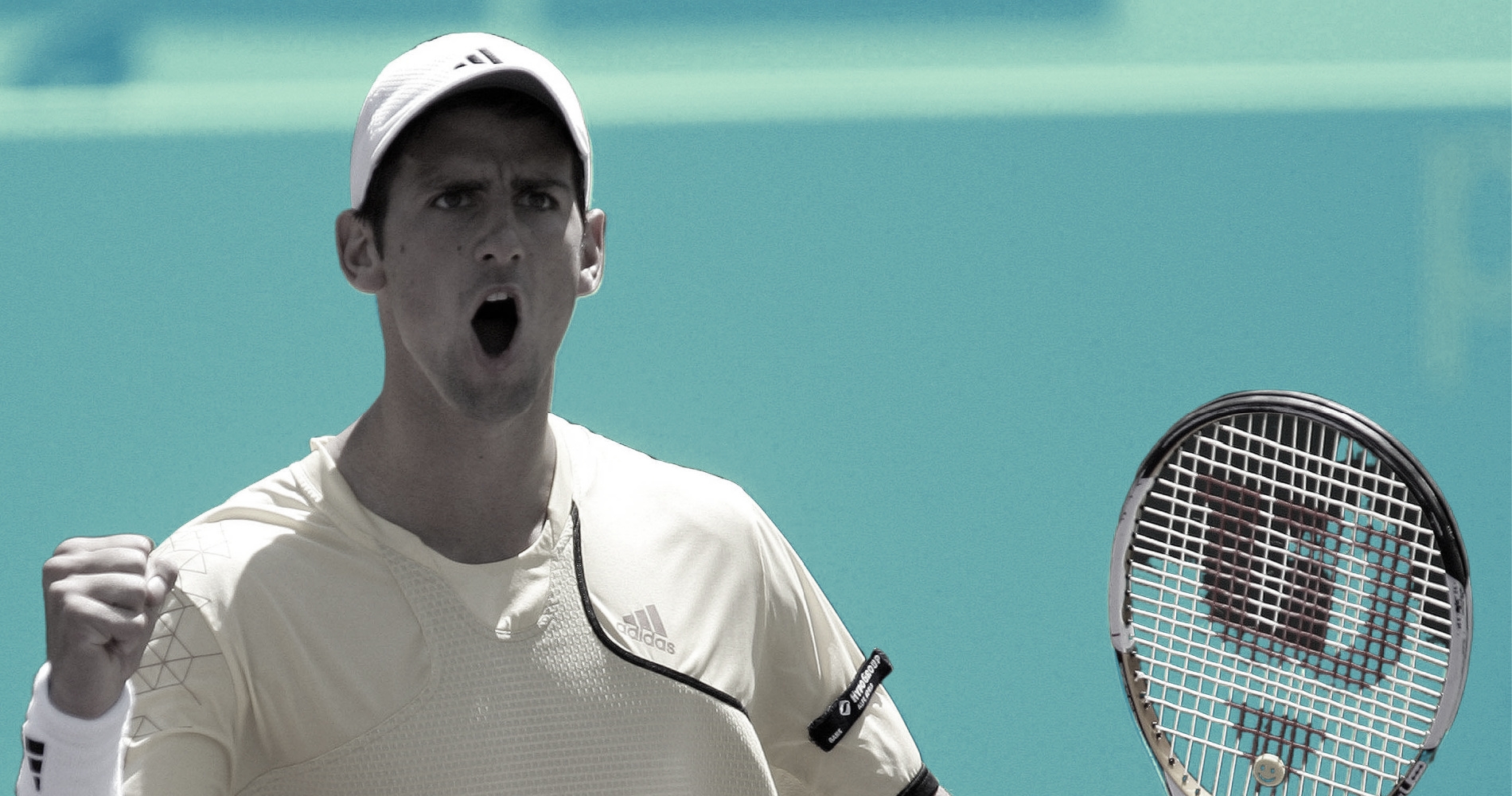 Novak Djokovic – On this day

On this day, July 23 in 2006, Novak Djokovic, then aged just 19, claimed his maiden title on the ATP tour, in Amersfoort, Netherlands. In his first final, the Serb, who was already ranked No 36 in the world and was seeded fourth at the tournament, defeated former Olympic gold medalist Nicolas Massu, from Chile, 7-6, 6-4. It was the first of 85 titles (as of July 2021) claimed over the next 15 years by Djokovic, who has since gone on to become one of the greatest players of all time.

Novak Djokovic was born in 1987. He broke into the top 100 in 2005, finishing the year as world No 83. In 2006, he made a name for himself by reaching the quarter-finals at Roland-Garros while being ranked only No 63, after he beat world No 9 Fernando Gonzalez in the second round. Young ‘Nole’ never hid his great ambition. After he had to retire against Rafael Nadal, while the Spaniard was up two-sets-to-love, the Serbian drew attention during his press conference with a pretty bold statement: “I felt like I was in control, everything depended on me”. A few weeks later, he reached the fourth round at Wimbledon, defeating world No 8 Tommy Robredo in the second round (7-6, 6-2, 6-4) and only falling in five sets against a great grass-court player, Mario Ancic (6-4, 4-6, 4-6, 7-5, 6-3). This helped him climb to No 36 on the ATP rankings. Aged 19, he was definitely one of the rising stars in the men’s game.

Nicolas Massu, from Chile, was born in 1979. He broke into the top 100 at the end of 1999 and reached his first final on the tour in 2000 in Orlando, before claiming the first of his six titles in 2002 in Buenos Aires (defeating Agustin Calleri in the final, 2-6, 7-6, 6-2). His best season on the tour came in 2004. That year, after claiming the most important ATP title in his career in Kitzbuhel, Massu made an indelible mark in sporting history. At the 2004 Olympic Games in Athens, he became the first Chilean athlete to ever obtain a gold medal, edging Mardy Fish in the final (6-3, 3-6, 2-6, 6-3, 6-4), before winning the doubles gold medal as well partnering Gonzalez. A few weeks later, Massu, nicknamed “Vampiro” (the Vampire), reached his career-best ranking of world No 9. In July 2006, the Chilean was ranked No 37 in the world.

The Dutch Open had existed since 1957, and, until 1994, was held every summer in Hilversum. In 1995, the Dutch Open moved to Amsterdam but was still played on clay. Then, in 2002, the tournament left Amsterdam for Amersfoort. Although it was not one of the biggest tournaments in terms of prize money, top players often attended the event, attracted by the possibility of playing more on clay. Past champions included Guillermo Vilas (1973, 1974), Marcelo Rios (1995), and Gonzalez (2005).

In 2006, Novak Djokovic was one of the young rising stars in tennis, along with Andy Murray. After reaching the Roland-Garros quarter-finals and the fourth round at Wimbledon, Nole was well-known by the general public. After dismissing lower-ranked opponents in the first three rounds without dropping a single set, he beat the top seed Guillermo Coria in the semi-final Coria was suffering from a neck injury and had to retire with Djokovic leading 6-2, 1-0. Facing Massu in the final, Djokovic had a good opportunity to win the first tournament of his career.

Djokovic, who had a clothing contract with Adidas and played with Wilson racquets at the time, did not seem overwhelmed at the start of his first ATP final, and the 19-year-old broke first to lead 4-1. Still, even if Massu was not the top 10 player he was a couple of years earlier, he had enough experience to remain calm and the Chilean managed to level the scores. Djokovic was pushed into a tie-break, which he won 7-5 after one hour and 23 minutes of play.

Massu took control of the second set, taking Djokovic’s serve to lead 4-2. Djokovic, showing the fighting spirit that would go one to make him one of the greatest players of all time, not only fought back, but even won the next four games to seal the victory, 7-6, 6-4. Djokovic had just clinched his maiden title and no one doubted that there would be many more to come.

What next? Djokovic keeps winning titles and also takes over the Dutch Open license

Massu would exit the top 50 in early 2007. He would slowly decline until his official retirement in 2013. In 2019, Massu would become the coach of Dominic Thiem and help the Austrian lift his first Grand Slam title at the 2020 US Open.

In 2009, the Dutch Open license would be bought by none other than Djokovic himself, who would move the tournament to Serbia. This would be the beginning of the Belgrade Open, which was held a few weeks after Wimbledon, from 2009 to 2013 before returning to the ATP calendar in 2021.