Each day, Tennis Majors takes you back in time to an important moment in the sport’s history. On March 20, 1994, Pete Sampras beat Andre Agassi in the Miami final after it was delayed to allow the big-serving American time to recover from a stomach problem 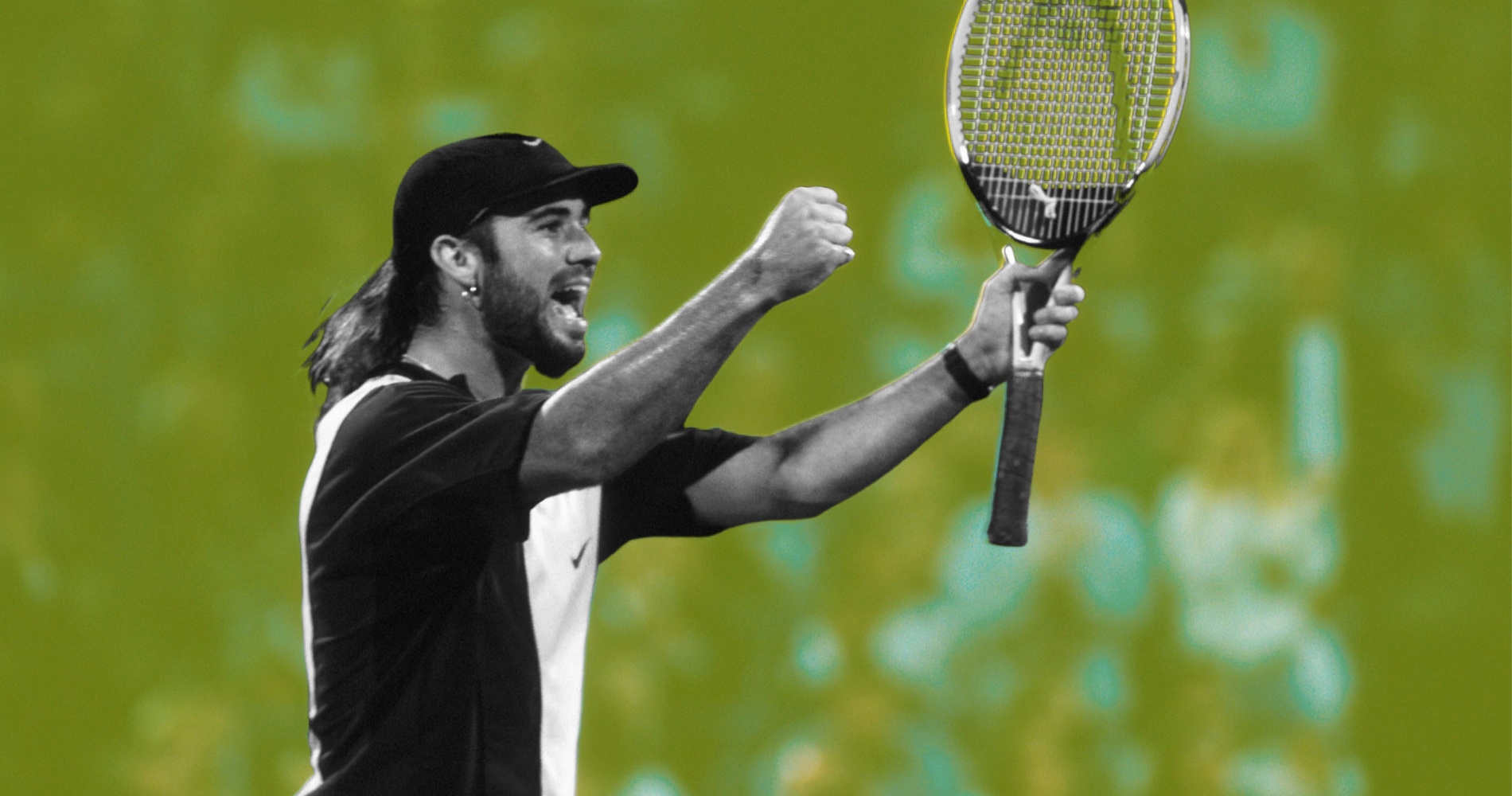 On this day, March 20, 1994, Andre Agassi agreed to delay the Miami Open final, as his opponent, world No 1 Pete Sampras, was ill and unable to start at the appointed time. Agassi ended up not being rewarded for his display of sportsmanship, as Sampras somehow managed to gather himself together and win the final 5-7, 6-3, 6-3 to take a 5-4 lead in their emerging rivalry.

Pete Sampras was born in 1971. The American had collected his first Grand Slam crown at the 1990 US Open at the age of 19, defeating Andre Agassi 6-4, 6-3, 6-2 in the final. In 1991 and 1992 he faced several big disappointments, such as losing his two matches in the 1991 Davis Cup final (against Frenchmen Henri Leconte and Guy Forget) and a cruel loss to Stefan Edberg in the 1992 US Open final (3-6, 6-4, 7-6, 6-2). He said later that this last defeat had made him realise he couldn’t be satisfied with being No 2. He became world No 1 on April 12, 1993 and at the time it was criticised because he hadn’t won a major tournament in more than two years. But in the second half of the year, and despite a two-week interruption in July, he was clearly above the pack. Triumphing at both Wimbledon (defeated fellow American Jim Courier 7-6, 7-6, 3-6, 6-3 in the final) and the US Open (beat Frenchman Cédric Pioline 6-4, 6-4, 6-3), he accumulated eight titles throughout the year. He began 1994 with a third consecutive Grand Slam title, defeating Todd Martin 7-6, 6-4, 6-4 in the Australian Open, which definitely made him the undisputed world No 1. His major weapons were a massive serve with a classic motion, great skills at the net, and an amazing forehand that was even more dangerous on the run.

Andre Agassi, the “Las Vegas Kid,” was one of the biggest stars in tennis history. He had turned professional in 1986 and soon become famous thanks not only to his amazing tennis skills but also to his interesting outfits, including the iconic denim shorts and the pink bike shorts (worn as underlayer). Taught by his father and bred at the Nick Bollettieri Academy, his game relied on a great return (the best of his time) and on hitting the ball on the rise on both sides with incredible power, which was revolutionary at the time and then copied by generations of tennis players.

The Miami Open, originally named the Lipton International Players Championship, was held for the first time in 1985 in Delray Beach, with the idea of being the first big tennis event of each calendar year (at the time, the Australian Open was held in December). The tournament moved to Key Biscayne in 1987, and Miloslav Mecir was the first to triumph at the new Crandon Park Tennis Center. The event was played on slow hard courts in extreme heat and humidity. Nonetheless, with outstanding prize money and a 96-player draw, in the early 1990s it was considered as the biggest tennis tournament in the world outside of Grand Slams.

In March, 1994, the rivalry between Pete Sampras and Andre Agassi was not yet at its peak. However, the two Americans – who were only one year apart in age – had already faced each other eight times. In 1990, Sampras had famously defeated Agassi in the US Open final.

Four years later, Sampras had become the undisputed world No 1. Heading into the 1994 Miami Open, he had even won the last three Grand Slam tournaments. Meanwhile, Agassi had not been able to confirm the new status he earned by triumphing at Wimbledon in 1992. At the end of 1993, he injured his wrist while pushing his Hummer in the Nevada desert and that forced him to undergo surgery, which delayed the beginning of his 1994 season. Down at No 31 in the world, Agassi – newly coached by Brad Gilbert -displayed great tennis to make his way into the Miami final. He beat tough opponents like Boris Becker, Cédric Pioline, Stefan Edberg, and Patrick Rafter.

On March 20, when Agassi entered the locker room before the final, he witnessed a very unusual scene: Sampras was lying on the ground, suffering from a stomach ache. There was no way Sampras could be ready to start the final on time, which would make Agassi the Miami champion. However, the world No 1 thought he would be able to play if Agassi agreed to delay the final by an hour. Agassi agreed.

“It’s not about winning the tournament; it’s about taking pride in what you do,” Agassi explained later, according to The New York Times. “If I couldn’t beat Pete healthy, I didn’t deserve to win the tournament.”

An hour later, Agassi couldn’t recognise the player he had seen lying in pain on the locker room floor. Sampras, firing aces in every direction, took a 5-2 lead in the first set. However, Agassi made his way back to take five games in a row and steal the first set 7-5. Sampras, though, broke his opponent’s serve in the first game of the second set and that sent him off to the races. The world No 1 remained untouchable for the remainder of the match.

“Once he got in front, he started serving big, and that was it,” Agassi commented. “Part of me was saying there was no way he could stay out there for three sets…. I was wrong.”

“I woke up at 7 feeling nauseated, heaving and gagging; I didn’t think I’d be able to go out and play,” Sampras added. “But I feel a lot better now. As the match wore on, the adrenaline started kicking in and I started to think I could win when the chips are down. That sort of showed me I’ve got guts.”

During the trophy ceremony, tournament founder Butch Bucholz thanked Agassi for his sportsmanship, and the runner-up received a standing ovation from the crowd.

The 1994 Miami final was the prequel for Sampras and Agassi’s rivalry at the top of the sport. Later that year, Sampras would claim a second Wimbledon title and Agassi would triumph at the US Open. Their rivalry would peak in 1995, when they would fight for world No 1 – facing each other in three Masters 1000 finals and two Grand Slam finals. Agassi would prevail in Australia and Sampras would take his revenge in New York. Even when Sampras would would start to decline in his later years on tour, he would always perform at his best in front of Agassi. Their masterpiece would remain their encounter in the 2001 US Open quarter-finals, Sampras winning 6-7, 7-6, 7-6, 7-6 without a single break of serve. 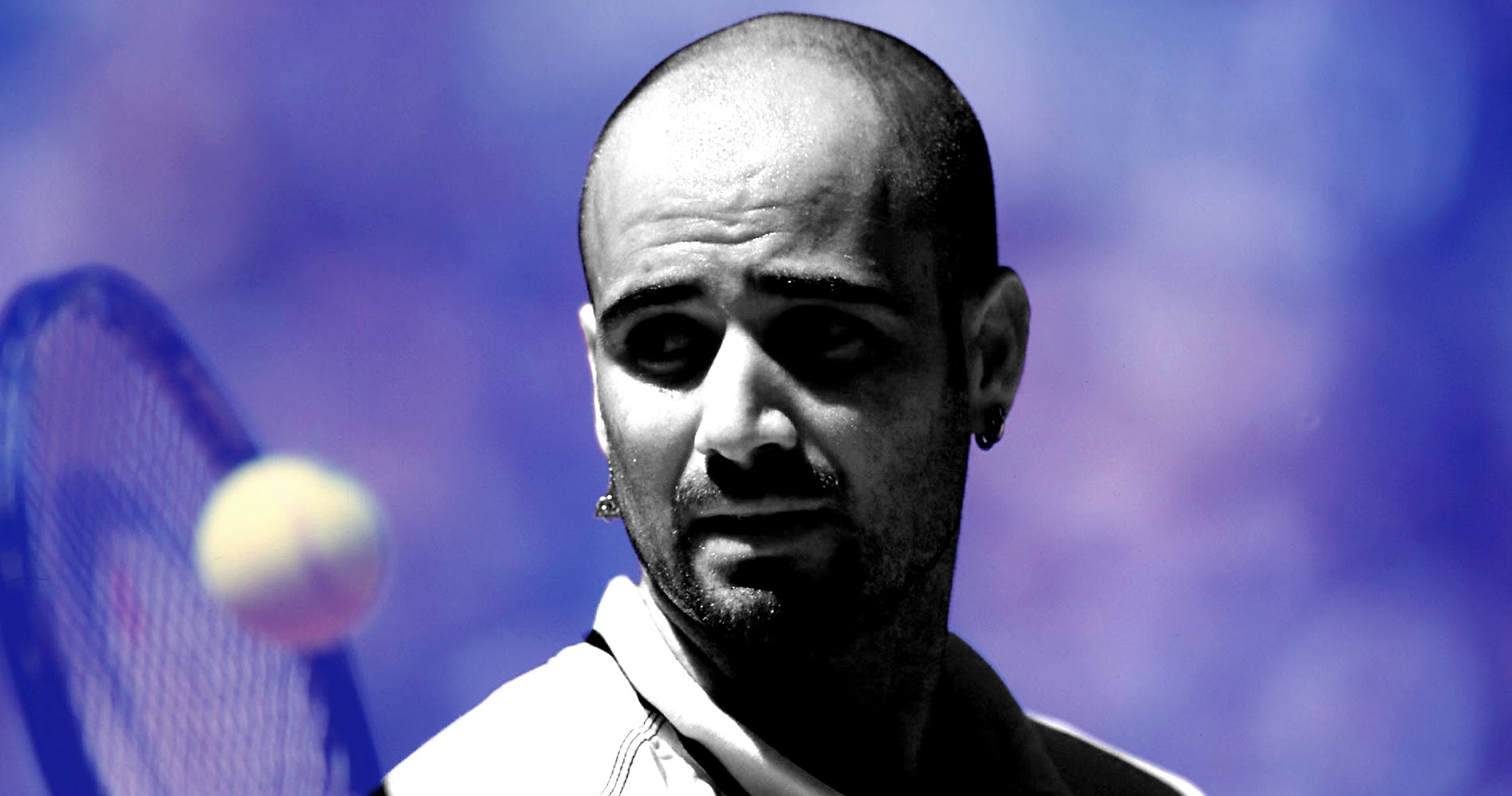 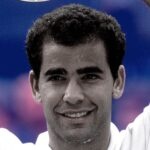 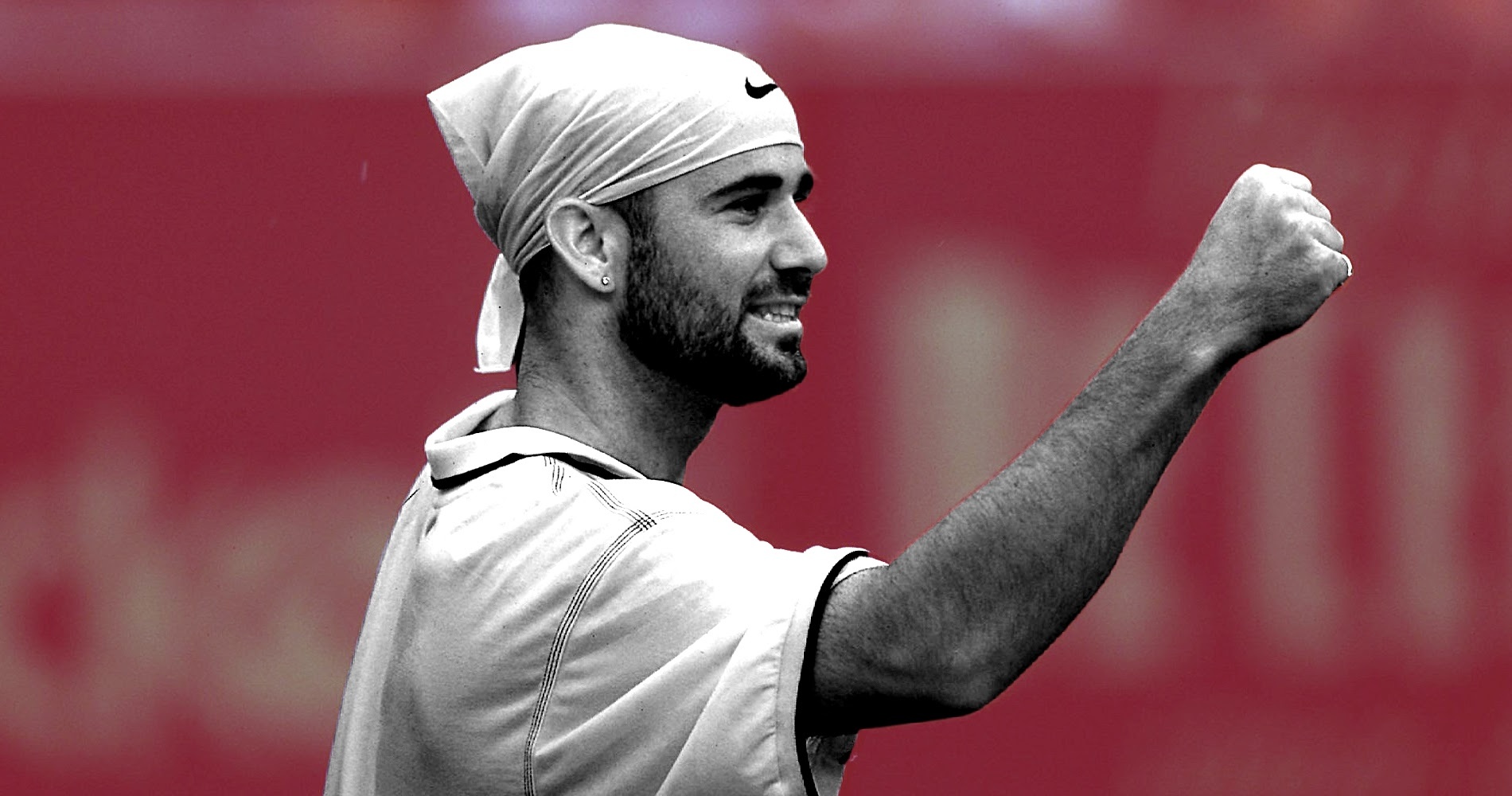 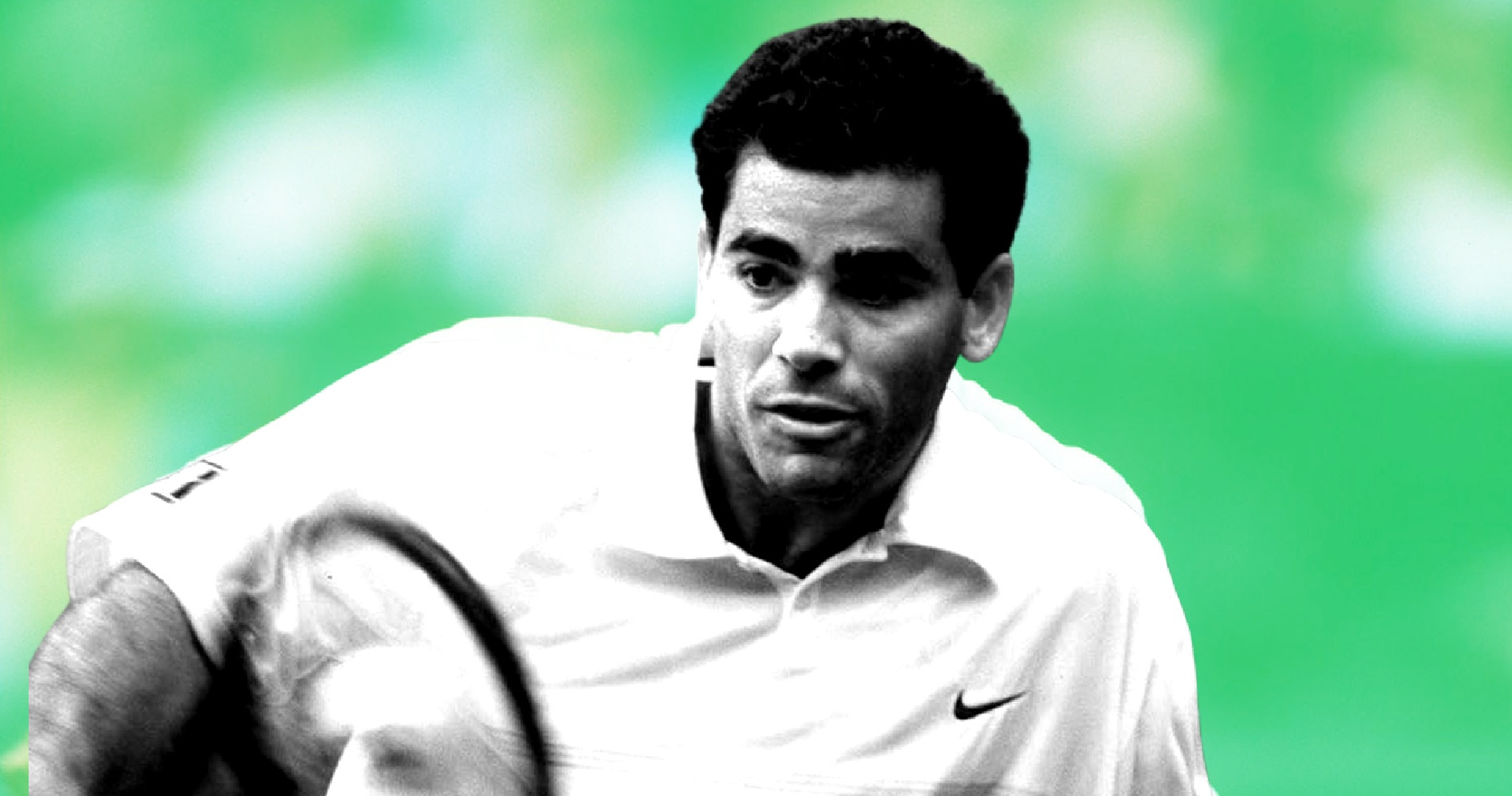 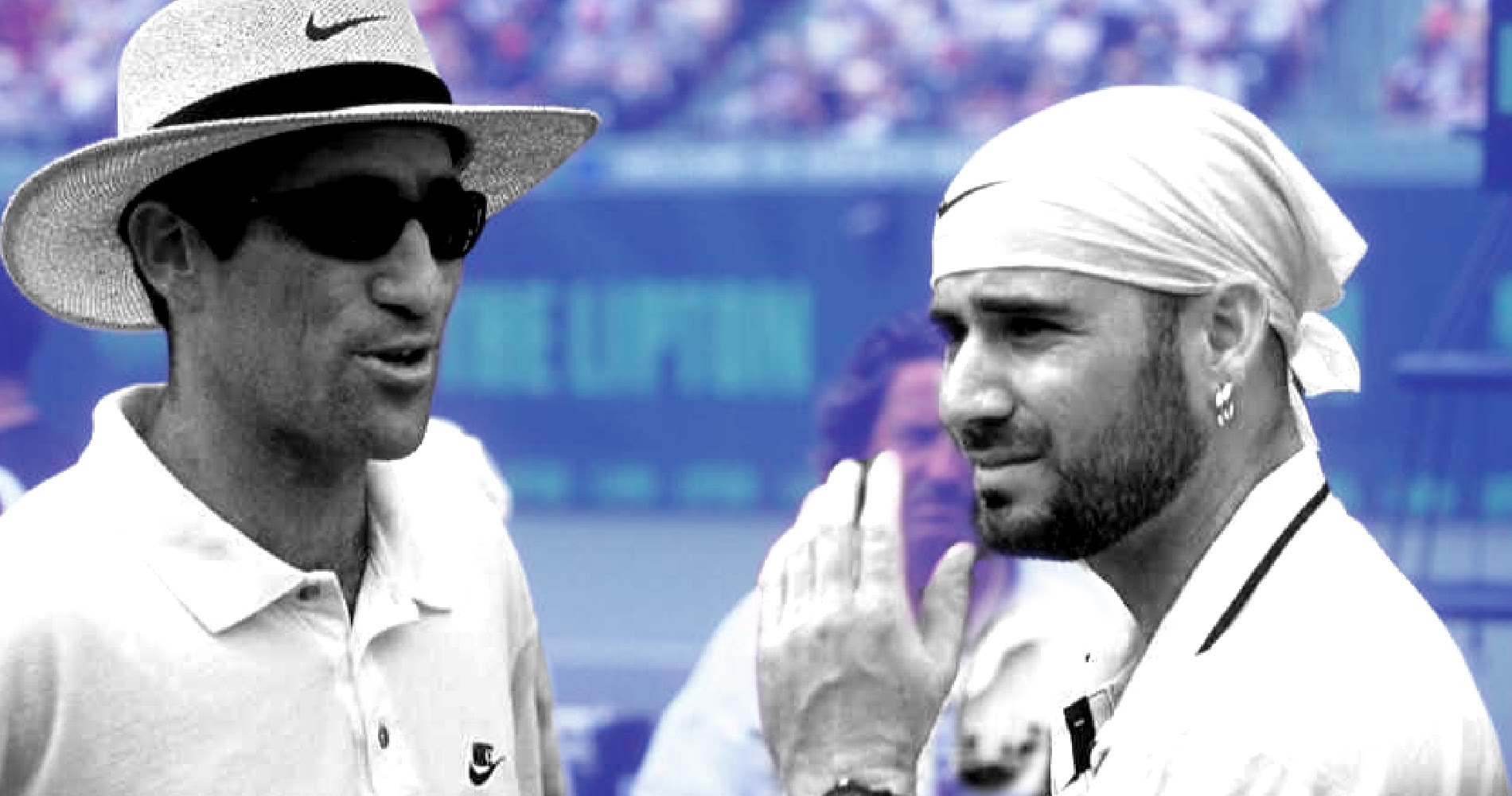