Home » News » Nadal won’t fret over results leading up to the French: “The aim is to peak at Roland-Garros”

Nadal won’t fret over results leading up to the French: “The aim is to peak at Roland-Garros”

After his surprise defeat in Monte-Carlo, the world No 3 says he is doing everything he can to be in perfect shape for Paris and he is not focused like in the past on his results in events leading up up to Roland-Garros. 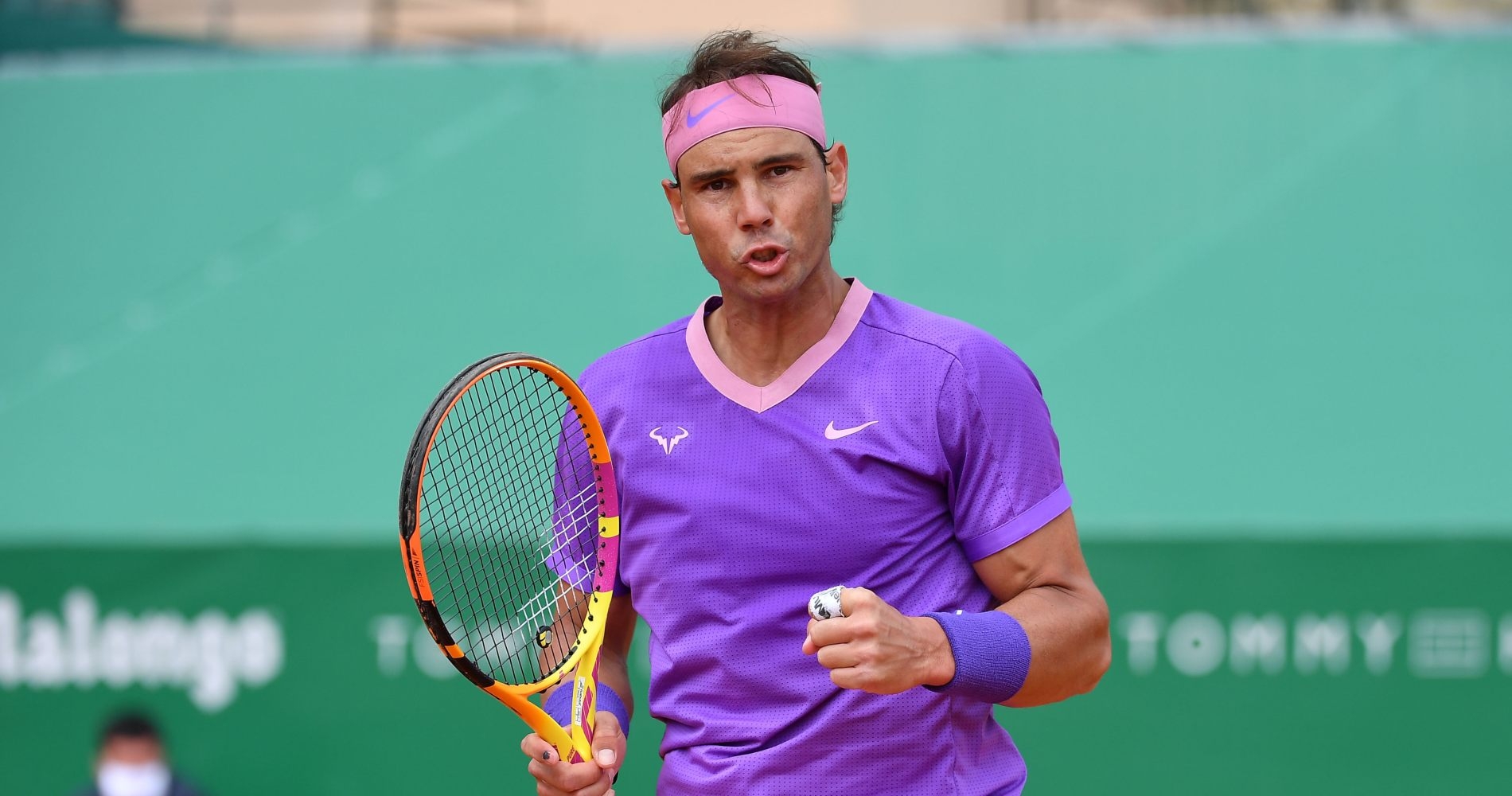 Rafael Nadal reiterated Tuesday that he plans to peak at Roland-Garros as he tries to win the title for a record 14th time.

The 34-year-old Spaniard was surprisingly beaten by Russian Andrey Rublev in the quarter-finals of the Monte-Carlo Masters last week.

The world No 3, who will make his Barcelona bow on Wednesday against Ilya Ivashka, told reporters on Tuesday that he was not surprised by what happened in Monte-Carlo and hinted that winning pre-Roland-Garros events is perhaps less important now than when he was younger. 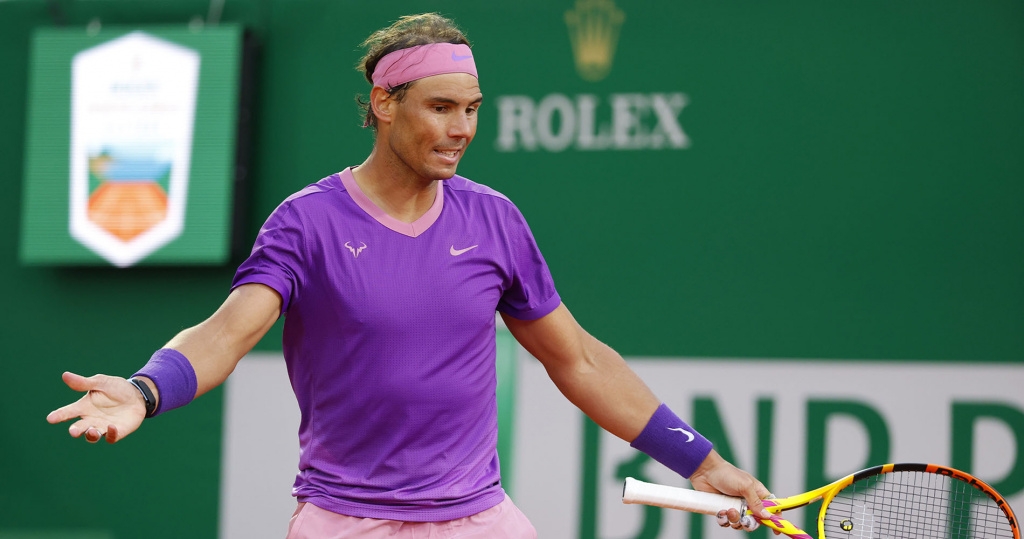 “The main goal for me is just put myself in a chance position. That’s the real goal for me. I want to give myself chances to be competitive in every single event but it’s true that I didn’t compete very often for the last year, so coming back to competition, even if I felt comfortable and I felt ready for Monte-Carlo, always it’s tough and matches like this are easier to happen when you are not competing weeks in a row, being honest.”

On average, Rafa Nadal has won 9 out of every 10 matches on clay in his career.

On average, Rafa Nadal has won 9 out of every 10 matches on clay in his career.

He returns to the court in Barcelona this week. pic.twitter.com/audjbqoQA4

Nadal: “Peak at the right moment”

Having not played a tournament for two months because of a lower-back injury, it was perhaps less of a shock than it might have been, although he is traditionally a fast starter on his favourite surface, winning the title in Monte-Carlo on 11 occasions.

With the exception of 2020 – where the Coronavirus pandemic meant only one of the traditional big pre-Roland-Garros events (Rome) was possible, on the other 12 occasions that Nadal has lifted the Coupe des Mousquetaires at Roland-Garros, he has also won at least one of Monte-Carlo, Barcelona, Madrid and Rome. 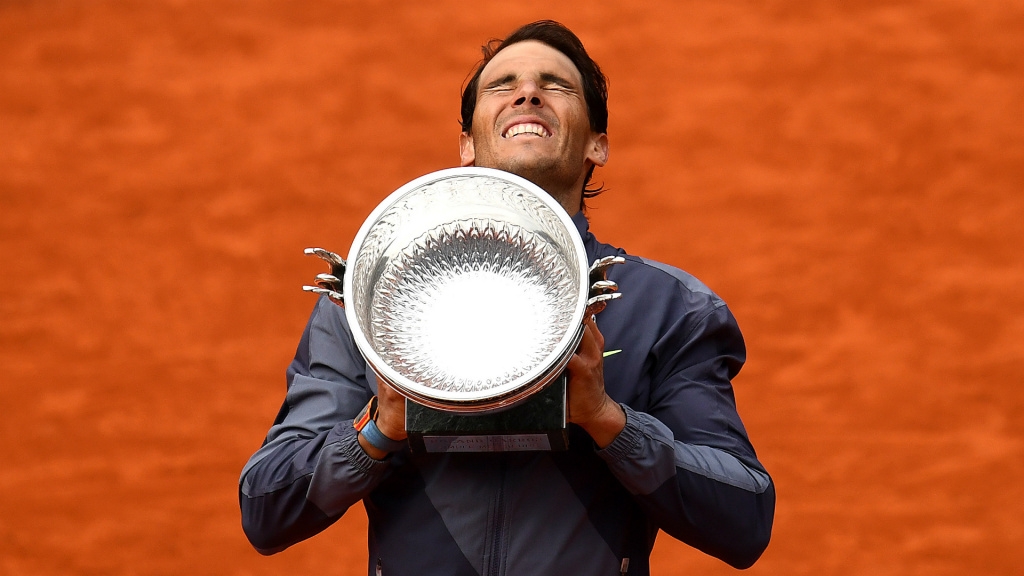 The decision by Roland-Garros to move back a week in the calendar means that the players competing in the semi-finals and final in Paris will have just two weeks to prepare for Wimbledon, as it was for decades until Wimbledon moved back in the schedule in 2015.

But Nadal, who last won Wimbledon in 2010, said the decision was taken for a good reason.

“It has been a very tough year for everyone, for the tournament promoters, for the organisations and the players, so I want to be flexible and understand everything to make our sport a bit better,” he said.

“So if that means that it’s going to be a good crowd, then, welcome. OK, one week less for Wimbledon, yes, we don’t want that, that’s why we extended (it to) three weeks, but it’s one year, hopefully, and we’ll come back to the normal calendar soon. Hopefully with the vaccine everything improves and we can come back to our normal lives and normal enjoyment during sporting events, that’s the goal today.

“I’m not a big fan of complaining about everything and every single change that is happening today, I want to understand every single position, especially under these circumstances.”