October 17, 1982: The day Jimmy Connors had the umpire removed

Every day Tennis Majors looks back at the biggest moments in tennis history. On October 17, 1982, an angry Jimmy Connors had the umpire replaced in a semi-final match in Sydney, but still lost 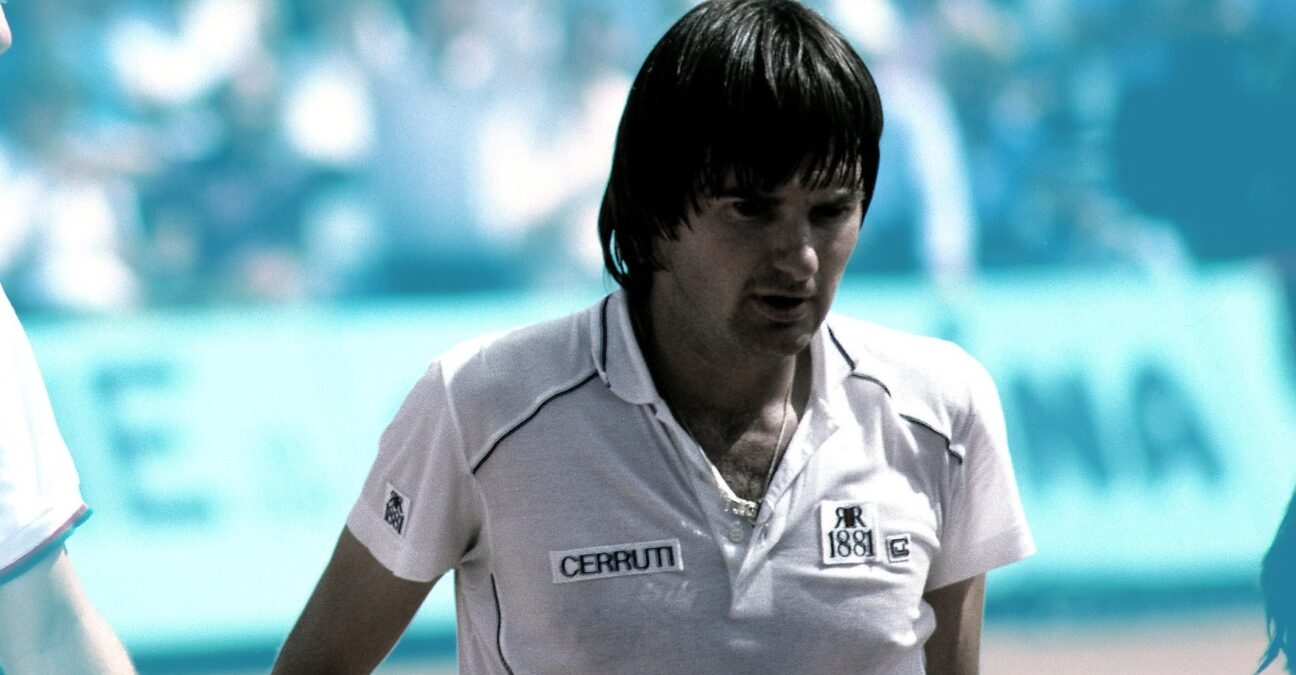 Jimmy Connors in action at Roland-Garros

On this day, October 17, 1982, while facing Gene Mayer in the semi-finals of the Sydney Indoor Open, Jimmy Connors, unhappy with decisions made by the umpire, Peter Duncan, made such a drama that the supervisor finally agreed to replace him. This change didn’t help Connors in the end, as he finally lost the match, 6-2, 2-6, 6-3.

Jimmy Connors, born in 1952, was one of the greatest tennis players of his time. Coached by his mother Gloria, Connors was one of the first few players to hit the ball flat and mainly from the baseline. Hitting the ball on the rise, his game would be very influential for future generations of tennis players. “Jimbo” turned pro in 1972 and became world No 1 by 1974. In fact, that year he won three out of the four Grand Slam tournaments, and was not permitted to participate in Roland-Garros, the fourth one, due to a lawsuit he filed against the ATP. He stayed at the top spot of the ATP Ranking for a record of 160 weeks in a row, from 1974 to 1977. Losing his throne to Bjorn Borg on August 23, 1977, for just one week (!), he  reclaimed it for another 84 weeks, until the spring of 1979. At that stage, Connors had spent 251 weeks as world No 1 and he held five Grand Slams titles: the Australian Open (1974), Wimbledon (1974) and the US Open (1974, 1976, 1978). In the following years, Connors didn’t perform as well as in his peak years, not reaching a single Grand Slam final for three years – however, 1982 was the year of his comeback to the top. In the last months, “Jimbo” had met triumph again, triumphing at both Wimbledon (defeating John McEnroe in an epic final, 3-6, 6-3, 6-7, 7-6, 6-4) and the US Open (defeating Ivan Lendl in the final, 6-3, 6-2, 4-6, 6-4). Thanks to these results, Connors reclaimed the world No 1 spot on September 13, 1982.

Born in 1956, Gene Mayer, the son of a former tennis coach, began his career in 1975. Playing two-handed shots on both wings, he claimed his first title in Guadalajara, in 1978, defeating John Newcombe in the final (6-3, 6-4). In the following years, he added eleven other titles to his list of achievements, the most important one in 1981, when he defeated Roscoe Tanner in the final of the US National Indoor Tennis Championships, in Memphis (6-2, 6-4). He reached the quarter-finals of three Grand Slam tournaments (at Wimbledon in 1981 and 1982, and at the US Open in 1982). Mayer obtained his highest ranking as world No 4 in 1980, the year he scored his only win against Bjorn Borg during the round-robin phase of the Masters Cup (6-0, 6-3). In October 1982, he was world No 6.

The Sydney Australian Indoor Championship was established in 1973 and held on indoor hardcourts. It was first won by Australian legend Rod Laver, who defeated countryman John Newcombe in the final (3-6, 7-5, 6-3, 3-6, 6-4). However, in the following years, American players took a hold on the event, with Jimmy Connors triumphing in 1977 and 1978, followed by Vitas Gerulaitis in 1979 and John McEnroe in 19780 and 1981.

The facts: Connors loses his rag, loses the match

On October 17, 1982, when Jimmy Connors began his semi-final encounter against Gene Mayer in the semi-finals of the Australian Indoor Championship, in Sydney, he was the heavy favourite and everyone was already anticipating the final against his rival John McEnroe. Not only had Connors triumphed at both Wimbledon and the US Open, but he had also reclaimed the world No 1 spot in September. On top of that, he had never lost against Mayer before.

However, Connors seemed nervous at start, and Mayer took the first set, 6-2, while the recent US Open champion was awarded a first warning when he angrily addressed one of the match officials. Tension peaked in the second set with a series of incidents between the world No 1 and the chair umpire, Peter Duncan. According to The New York Times, “the situation almost got out of hand when Duncan first ruled a Mayer shot in, then out, then in again.”

At that stage, as he called the referee, Connors told Duncan: “One of us has to go.” When Bill Gilmour, the referee, arrived, the American was fuming. “This guy has no control of the game since we started, and I want you to send him out.”, he said, according to El Pais.

Gilmour had the point replayed, but his duty wasn’t over yet, as Connors refused to resume the game with Duncan still sitting on the chair. Finally, the chair umpire was replaced at the beginning of the sixth game of the second set.

Although Connors took the second set, this change of umpire didn’t prevent him from suffering the first loss of his career against Mayer, 6-2, 3-6, 6-2.

What next: Mayer loses to McEnroe; Connors wins one more slam

Jimmy Connors would win one last major tournament at the US Open in 1983, setting a record of 268 weeks spent as world No 1 in his career. This record would be beaten by only two weeks, in 1990, by Ivan Lendl. Jimbo would remain a top ten player until April 1989, at the age of 37. In 1991, at the age of 39, he would make a memorable semi-final run at the US Open, defeated by Jim Courier (6-3, 6-3, 6-2). At the end of his long career, he would hold a record of 109 titles on the tour. Although he would reappear from time to time afterwards, Jimmy Connors would retire at the end of 1992.