Home » News » October 4, 2007: The day Stefan Koubek was disqualified for the third time

October 4, 2007: The day Stefan Koubek was disqualified for the third time

Every day Tennis Majors looks back to the biggest moments in tennis history. On October 4, 2007, Stefan Koubek lost his temper and got disqualified against Sébastien Grosjean in Metz 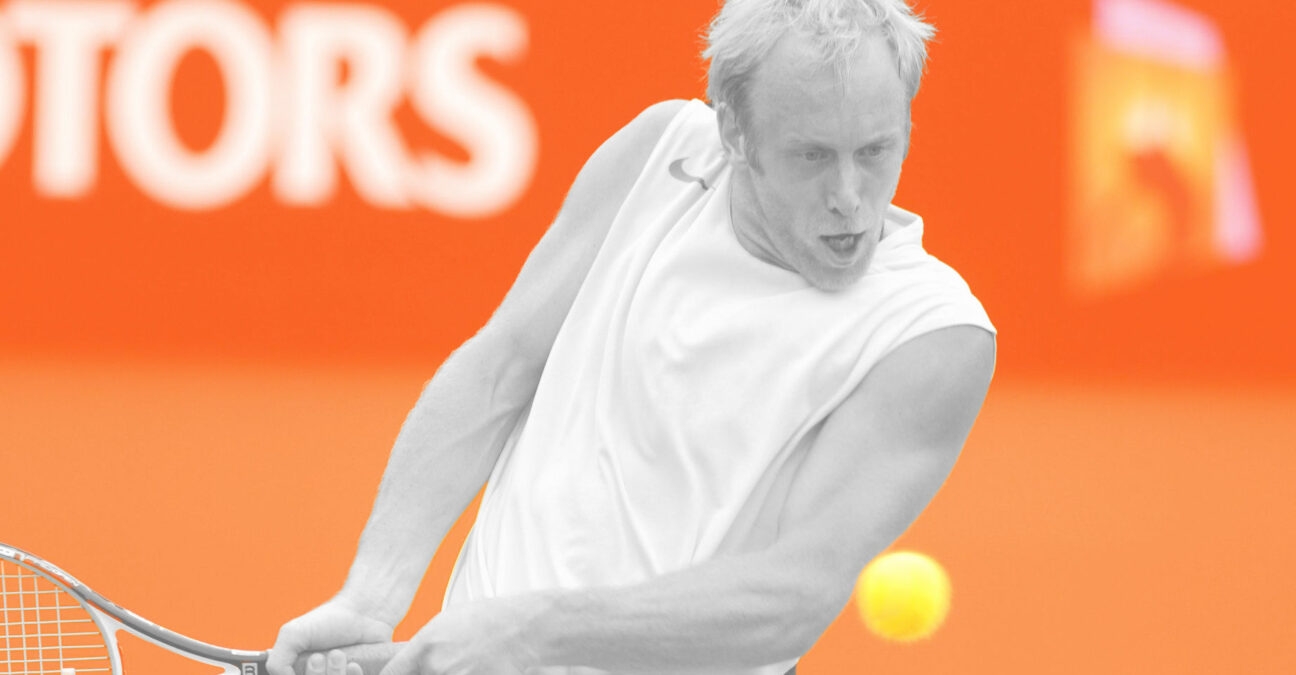 On this day, October 4, 2007, Stefan Koubek, from Austria, was disqualified from the Metz Open. The lefty, known for his bad temper, lost his cool after a disagreement with the umpire, despite the fact that he was leading 4-2 in the deciding set of his round of 16 encounter with Sébastien Grosjean.

Stefan Koubek: The Austrian with a bad temper

Sébastien Grosjean, from France, was born in 1978. Although he was one of the best youth players in his country, he was left out of the French Federation elite program in 1994, at the age of 16, because he was considered too short to be a professional player. However, Grosjean didn’t give up on his dream and five years later, he made himself known to the general public by reaching the final of the 1999 Miami Masters 1000 (defeated by Richard Krajicek, 4-6, 6-1, 6-2, 7-5). His peak year was 2001: that year, after reaching the semi-finals at both the Australian Open and Roland-Garros, he claimed his most important title at Paris-Bercy, before finishing runner-up at the Masters Cup and finishing the season as world No 6. In the following years, the Frenchman remained a solid top 20 player, reaching the Wimbledon semi-finals in 2003 and 2004. In October 2007, he held the 68th rank.

The place: The Metz Open

The Metz Open was established in 2003. Held on indoor hard courts, its firstwo editions had been won by Frenchmen Arnaud Clément and Jérôme Haehnel, but in the following years, its growing popularity attracted top players such as Ivan Ljubicic, who triumphed in 2005, or Novak Djokovic, who lifted the trophy in 2006.

The facts: Koubek defaulted for abusing a supervisor

When Sébastien Grosjean faced Stefan Koubek in the round of 16th of the 2007 Metz Open, no one could have predicted that their match was going to end with such an unexpected drama. Both players were in a late stage of their career: Grosjean, a former world No 4, was now No 68, while Koubek, world No 20 in 2000, held the 60th rank on the ATP ranking. They were both experienced players and the stakes were not particularly high. However, the Austrian left-hander was known for his bad temper. He had achieved the rare feat of being disqualified twice in his career, each time in Paris – the first time at Roland-Garros, in 2000, for hurling his racquet at a ball boy, and the second time at Paris-Bercy, during the qualifications.

At first, the Frenchman took the lead, taking the first set (7-5) and breaking his opponent’s serve in the second set. However, the Austrian clawed his way back and pushed Grosjean into a third set. Koubek seemed to have a decisive hold on the match against a tired opponent, and he was 4-2 when things got out of control. Unhappy about an overrule, the Austrian lost his nerves and was defaulted for abusing the supervisor.

“On the first point of the seventh game, on Grosjean’s serve, a Koubek forehand close to the baseline gave a 0-15 advantage to Koubek,” the supervisor, Thomas Karlberg, explained. “But the umpire realised Grosjean was in the way of the line judge, who was therefore unable to judge the point. In this case, the rule is to replay the point. Koubek disagreed and asked for the supervisor’s intervention. He did not want to accept the rules and used strong language. I told him the match was over and asked the umpire to announce it.”

On the other side of the net, Grosjean couldn’t believe what was happening.

“Koubek lost the plot. He went completely crazy. It was incredible because he was leading 4-2 in the third set and it was the first point of the game. The linesman and the referee couldn’t see Koubek’s ball. It was 30 cm outside. So the point had to be replayed. Koubek didn’t want it that way. He wanted to see the supervisor. After a while I went to see Koubek and asked him to come back on court so that we could resume the match and replay the point. He refused and started to insult the supervisor. The rules were applied and he was immediately disqualified.”

What next: Grosjean loses in next round; Koubek slides into retirement

In the following round, there would be no miraculous escape for Sébastien Grosjean defeated by the future champion, Tommy Robredo (6-4, 6-4). Stefan Koubek would retire in 2010.

History of disqualifications on the men’s Tour