Home » News » July 1, 1995: The Day Jeff Tarango defaulted himself out of Wimbledon

July 1, 1995: The Day Jeff Tarango defaulted himself out of Wimbledon

Every day, Tennis Majors takes you back in time to relive a tennis event which happened on this specific day. On this day in 1995, the American became the first player to default himself at Wimbledon after a series of disagreements with the chair umpire Bruno Rebeuh 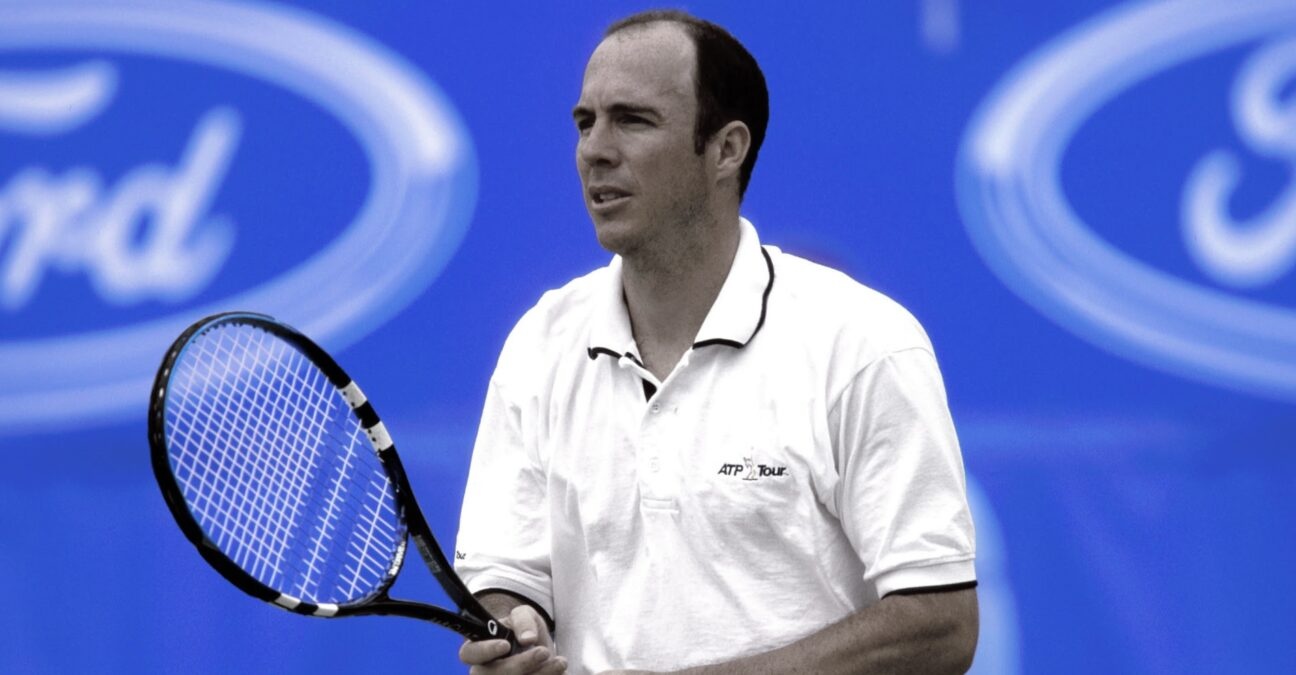 On this day, July 1, in 1995, American player Jeff Tarango, ranked No 80 at the time, caused a huge stir at Wimbledon, when he became the first player to default himself, by picking up his bag and simply leaving the court in the middle of his third-round match against Alexander Mronz. The reason behind his dramatic exit was a series of disagreements with chair umpire Bruno Rebeuh, whom the player called “corrupt”. Soon after the incident, Tarango’s wife joined the drama as she ran into the French umpire in the alleys of the All England Club and slapped him in the face.

American left-hander Jeff Tarango was born in 1968. He had claimed two titles in his career, the first in Wellington in 1991 and the second one in Tel Aviv in 1992, the year he reached his best ranking on the tour as world No 47. He had never gone past the third round of a Grand Slam event, losing twice at this stage, at the 1989 US Open, and at the 1993 French Open. He did not exactly carry a gentleman’s reputation, and in 1994, he had already shocked the tennis world in Tokyo, against Michael Chang, by dropping his pants and waddling off the court with his shorts around his ankles. In his autobiography, Andre Agassi would later claim that Tarango cheated against him in a junior tournament, which the left-hander would deny. Needless to say, Tarango was not surrounded by many friends on the tour.

His opponent, Allexander Mronz, from Germany, was ranked No 117, having reached his career-high ranking of No 74 in 1991. His best Grand Slam performance had been reaching the third round at the 1994 Australian Open.

The French chair umpire, Bruno Rebeuh, born in 1961, was an experienced official. Working on the tour since 1988, he had been the umpire of every French Open final since 1989.

Wimbledon is the oldest and the most prestigious tennis tournament in the world. Held by the All England Lawn Tennis and Croquet Club since 1877, it moved into its current location in 1922, the same year when the Centre Court was built. Considered by many as the most intimidating court in the world, with its famous Rudyard Kipling quote above the entrance (“If you can meet with triumph and disaster and treat those two impostors just the same”), the Center Court had seen the best players in tennis history competing for the title.

On July 1, 1995, when Tarango and Mronz walked onto court No 13 for their third round encounter at Wimbledon, no one thought their match would go down in tennis history. Tarango had managed to go past the first round of the tournament for only the first time in seven attempts, while his opponent had previously won only one match in four appearances at the All England Club.

The drama started in the second set. Alexander Mronz had taken the first set 7-6, and was leading 2-1 in the second set, with Tarango serving at 15-30. The American went for the classic left-handed wide serve, and thought he had hit an ace, but it was called out.

As the crowd got noisy, Tarango, who was now ready to play the next point, turned to the audience and yelled “Oh, shut up!”. The umpire, Rebeuh, awarded him a warning for “audible obscenity”. The American contested the fact that “shut up” was an obscenity, and, approached the umpire chair, asking “How come they can say whatever they want to me? Will you call the supervisor please, I have a big deal”.

As the players were going to resume the match, Tarango turned to Rebeuh and said “You are the most corrupt official in the game and you can’t do that!”. The French umpire then gave the American a penalty point for verbal abuse. Before Rebeuh could update the score (the penalty point had given the game to Mronz), Tarango had already made his decision. “No way! That’s it.”, he shouted, before walking back to his chair, grabbing his bag and simply walking off the court.

A few minutes later, Rebeuh left the court as well, but his tough day at the office was not over yet. Tarango’s wife, Benedicte, who also happened to be French, walked up to Rebeuh in the alley and slapped him in the face, because, according to her, “that man deserved to be taught a lesson.”

In his press conference, Tarango pointed that, back in 1993, he had already asked not to be umpired by Rebeuh as he suspected him to be biased toward some players he was friends with, such as Marc Rosset.

The Tarango scandal quickly became the news of the day at Wimbledon, although big names such as Andre Agassi and Boris Becker were playing as well. Tarango ended up spending six hours in the office of the referee, Alan Mills, where he was reminded that rules were the rules.

What next? Tarango and Rebeuh would never speak again

Following the incident, the Grand Slam Committee would suspend Jeff Tarango for two Grand Slam tournaments, and fine him $43,756. On top of that, the ATP tour would also give him a $20,000 fine. Six months later, Tarango would write a letter to the committee to apologize for his behaviour towards the umpire. His fine would be reduced to $28,256 and his suspension limited to the next edition of Wimbledon.

The ATP tour would investigate Tarango’s accusations against Rebeuh, which would not lead to any charges against him. The American player and the French umpire would never speak to each other again.

In 2014, in an interview for Welovetennis.fr, Tarango would stand by his initial opinion:

“It’s a chain of suspicious decisions which, if you saw the entire match, could lead to only one conclusion: according to me, the match was fixed.”