Home » News » Arrivederci, Roma: with Paris around the corner, 8 things the Rome Masters taught us

The road to Roland-Garros has turned another corner after Rome. Here’s what we learned from a brilliant week of tennis at the Foro Italico 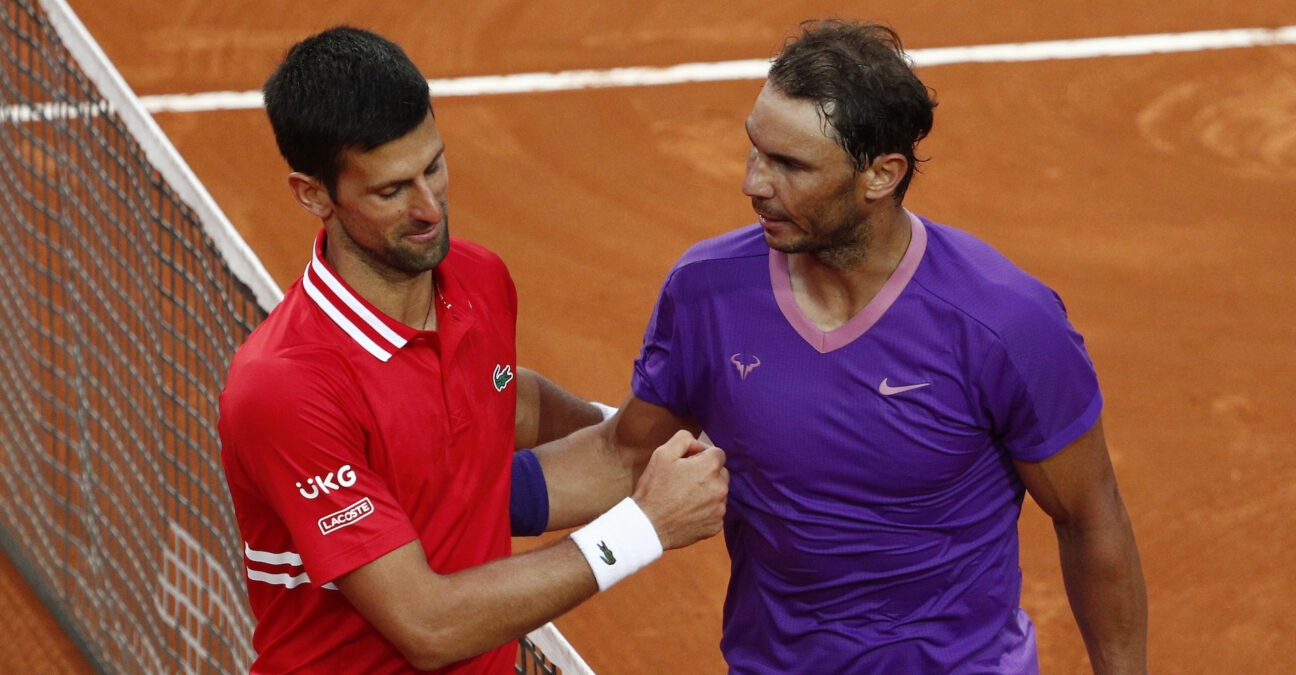 As the dust settles at the conclusion of the Internazionali BNL d’Italia in Rome, we look back at the eight most important trends and storylines that came out of this year’s final clay-court Masters 1000…

Rafael Nadal was asked, in his pre-tournament press conference at Rome, if he felt it was time that younger players started winning more Grand Slams.

“Maybe. Let’s see in three weeks or in four weeks,” he said.

One week later, it’s pretty clear that the answer is likely no – at least in the short term.

Both Novak Djokovic and Nadal played inspired tennis at Rome, building their confidence with death-defying victories and proving to the young guns that they are the players to beat at Roland-Garros. Nadal rallied from two match points down to defeat Denis Shapovalov then exacted revenge on Alexander Zverev in the quarter-finals. Djokovic was down a set to Stefanos Tsitsipas but stormed back to topple the Greek as he once again installed himself at the top of the clay-court hierarchy, behind Nadal.

After Sunday’s final, Djokovic once again stressed to reporters that the ATP’s NextGen is a nice concept, in theory. But in reality it is the Big 3 that are running the table at the Slams and the Masters 1000s. Nothing has changed.

“I said it thousand times,” Djokovic said. “I don’t know how many times people want me to repeat it. Of course the next gen is there, is coming, whatever. But here we are still winning the biggest tournaments and slams. I don’t know what to tell you other than that. I’m not focused on the next gen even though I know people, you know, it creates a story. People like to talk about it. Fine. The guys are there. They are already establishing themselves in the top 5, top 10 of the world. Nothing new. But we are still there.”

It’s business as usual for the big guns. Crunch time is go time for Djokovic and Nadal.

2. Swiatek: No expectations for Paris, but a lot of momentum

Newsflash: Iga Swiatek’s Roland-Garros title in 2020 was no coronavirus aberration. The Polish teenager is a ringer on the clay and she proved that once again in Rome where she double-bagelled former champion Karolina Pliskova in a jaw-dropping final.

It’s an important result for Swiatek, but it doesn’t change her mindset going into Roland-Garros. She’s thinking big picture and doing everything she can to ensure that she doesn’t feel overwhelmed by the pressure.

She was asked on Saturday, after she explained that she is a very ambitious player, if anything less than a Roland-Garros title would be a disappointment for her. Her quick answer? No.

“I mean, look at my results on Grand Slams,” she said. “Mostly I’m doing fourth rounds. This is also a good result. Top 16. I don’t have expectations like that.”

Psychologically, Swiatek is right where she needs to be. Clearly, her game is there as well. Look out, Paris, Iga Swiatek is primed for more success at her favourite Slam.

Dominic Thiem was knocked out of Rome by a rampant Lorenzo Sonego in the round of 16. On paper it doesn’t look like a great result, but anybody who watched the Italian make his way to the semis this week knows that it was not a bad loss for Thiem.

Nevertheless Thiem, who has just six matches on clay under his belt this year after making his return at Madrid (where he reached the semis), has elected to take a wild card into the stacked Lyon draw next week. The fact that the competition is so strong in Lyon should help the Austrian take another step against top-level competition. It will be an important week for him as Roland-Garros looms.

4. Tsitsipas next in line for Paris glory?

It takes a lot to beat Stefanos Tsitsipas on clay in 2021, and that bodes well for the Greek as Roland-Garros approaches. At Rome he was defeated by Novak Djokovic in a three-set battle that was played over two days, 4-6, 7-5, 7-5. His other losses on clay this year came at the hands of Rafael Nadal, who needed to save a championship point to defeat the Greek in the Barcelona final, and Casper Ruud. With a record of 12-3 on the surface, Tsitsipas heads to Lyon, where he has taken a wild card, as one of the top four ATP players on clay at the moment.

If, for some crazy reason, either Rafael Nadal or Novak Djokovic doesn’t win Roland-Garros, Tsitsipas could be next in line.

5. Serena and the race to find her clay game

Serena Williams showed up in Rome having not played a match since the Australian Open and, predictably, didn’t play anywhere close to her top level. It’s not a surprising development, success on the clay takes time, and that’s why it is great news that the three-time Roland-Garros champion has taken a wild card into Parma next week.

If she had managed a few wins in Rome, and got her feet underneath her a bit, Parma might not have been necessary. But after Williams fell to Nadia Podoroska in the second round, the writing was on the wall.

“Clearly I can do legions better,” Williams said after falling to the Argentinean in straight sets. “I just gotta get there. Maybe I do need a few more matches… I just feel like it’s different. I have been training for months, but it feels definitely different on clay to make that last adjustment.”

One of the perennial Roland-Garros favorites saw her chances of competing in Paris take a hit as Simona Halep suffered a tear in her left calf. The Romanian immediately pulled out of her first match (round of 32) with Angelique Kerber, and one day later she informed the public that she would be heading back to Romania to do rehab.

Judging from the picture of Halep with her leg wrapped, and carrying a cane, the chances of her playing at Roland-Garros may not be good.

Ash Barty also had an issue with her right arm, and pulled out of her quarter-final with Coco Gauff. The match was played in rainy conditions, and clearly Barty didn’t appreciate the fact that the tournament’s organisers had the women playing while Stefanos Tsitsipas and Novak Djokovic were still waiting out the rain. Barty believes she’ll be fine in plenty of time for Roland-Garros, and if that’s the case, she will be one of the favorites to win it. The Aussie has been exceptional on clay this spring, winning the title in Stuttgart and reaching the final in Madrid.

7. Medvedev and Osaka – helpless on clay?

Daniil Medvedev has made news during the clay-court season, but unfortunately most of the news has been either bad, or hilarious. Give the world No 2 credit – he is a unique character and one of the most entertaining personalities on tour – but his viral on-court ramblings in Rome during his loss to Aslan Karatsev could not hide the fact that he has serious work to do on the clay. Medvedev drops to 0-3 lifetime at Rome and will head to Roland-Garros, where he is 0-4. He’s capable of winning on the surface, but will need to change his mindset before he does.

Naomi Osaka has a more positive attitude about her game, but things have yet to click for the four-time major champion on the red clay, either. She has dropped four of her last five on clay and will head to Roland-Garros with more question marks than momentum. Perhaps she’ll prove to be a quicker study on the grass…

Big praise for some of the breakthrough performances in Rome. Keep an eye on these four players over the next few weeks…