Rublev reaches fifth final of 2020, to face Sonego in Vienna

There seems to be no stopping Andrey Rublev, with the Russian moving into his fifth final of 2020 when Kevin Anderson retired due to a back injury just two games from defeat in their Vienna semi-final on Saturday. 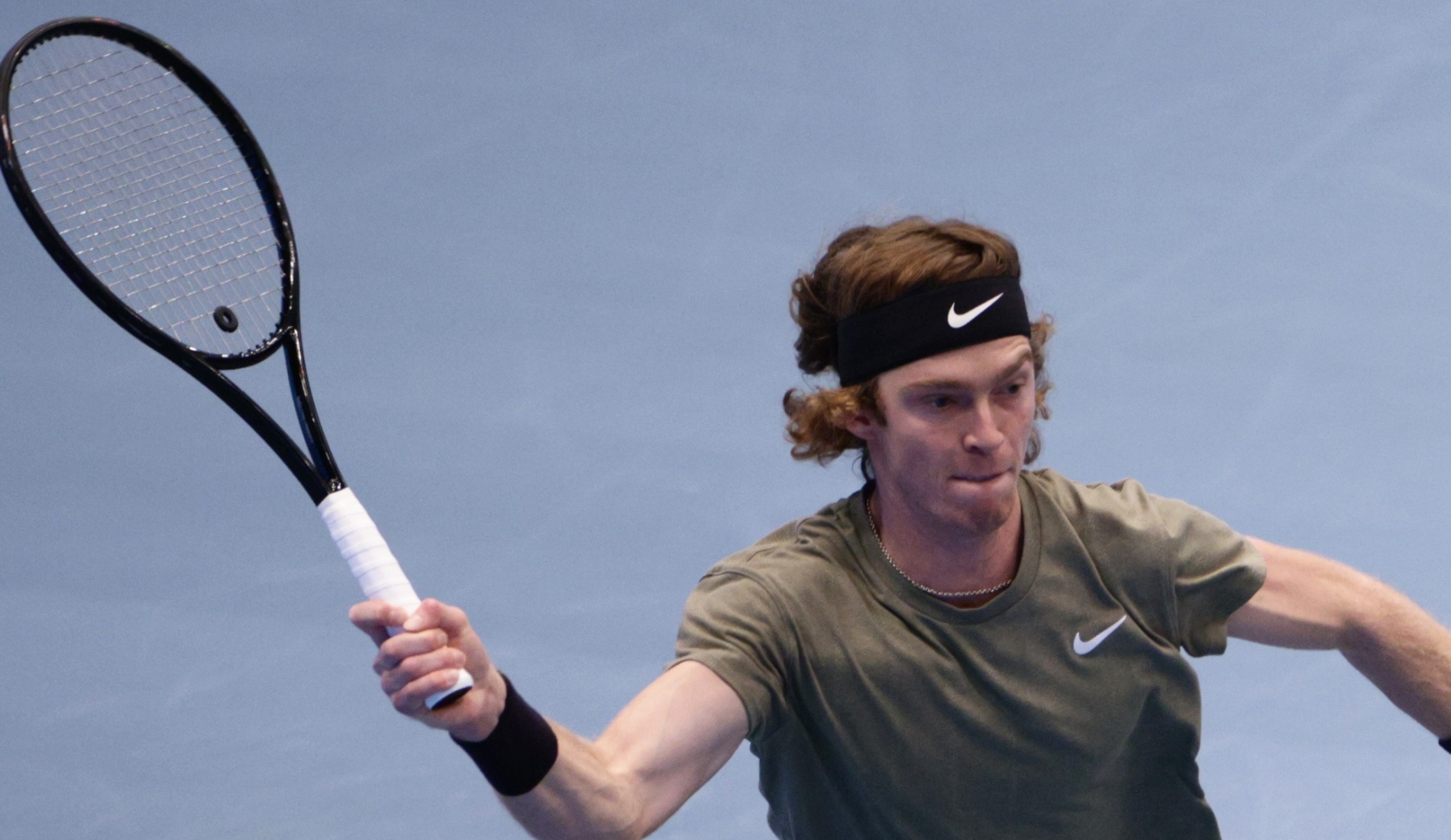 There is no stopping Andrey Rublev right now. The Russian has been on a roll ever since Roland-Garros, where he reached the quarter-finals and won the title in St Petersburg last time out. In Vienna, he has ridden his luck with a couple of injuries to his opponents, but he also took out Dominic Thiem in the quarters to cement his status as one of the best players in the world right now.

Rublev usually relies on his groundstrokes and competitive nature to provide his wins, but this week he’s been serving like a dream too and he continued that form against Anderson — himself one of the biggest and best servers on the ATP Tour.

Neither Rublev nor Anderson — who is still working his way back to full fitness and full strength after his latest knee surgery — showed any signs of weakness, as the first nine games passed by without a single break point to the receiver.

But serving at 4-5, Anderson was under immediate pressure when he fell 0-30 down. He had a point for 5-5 but Rublev saved it and then forced his first break point — also a set point. The big-serving Anderson fought it off and did the same to a second, but when Rublev forced a third, the pressure told and Anderson double-faulted to hand the world No 8 the advantage.

A break of serve early in the second set put Rublev on his way to a 3-0 lead and he had extended it to 4-1 when Anderson decided enough was enough.

Anderson’s retirement means Andrey Rublev is through to his fifth final of 2020 🙌 pic.twitter.com/vNUIJz4OzB

Rublev vs. Sonego in the final

Rublev’s appearance in final of one of the toughest 500-point tournaments ever is no surprise given how well he has been playing, but to say his Sunday opponent is unexpected would be a gross understatement. In fact, Lorenzo Sonego needed a lucky-loser spot just to get into the main draw. The 42nd-ranked Italian has certainly made the most of it, making a run to the semi-finals by stunning Novak Djokovic in astonishing fashion on Friday.

But Sonego was not content with his Vienna performance simply because the biggest moment of his career came in the quarter-finals. Instead, the 25-year-old continued his incredible week by beating Dan Evans 6-3, 6-4 in Saturday’s second semi-final. He broke the Brit’s serve three times while prevailing in one hour and 20 minutes en route to his second career ATP final (won the Antalya title in 2019).

“It’s amazing,” Sonego said. “I started this tournament [by losing] in the qualies. It’s not easy after losing my [qualifying] match to win four matches and now I got to the final. I don’t have any expectations. I go with confidence and I [will] try to do my best tomorrow.”

This will mark the first tour-level meeting between Rublev and Sonego. They faced each other in a clay-court Challenger event in 2016, when the Russian got the job done 6-3, 7-5.