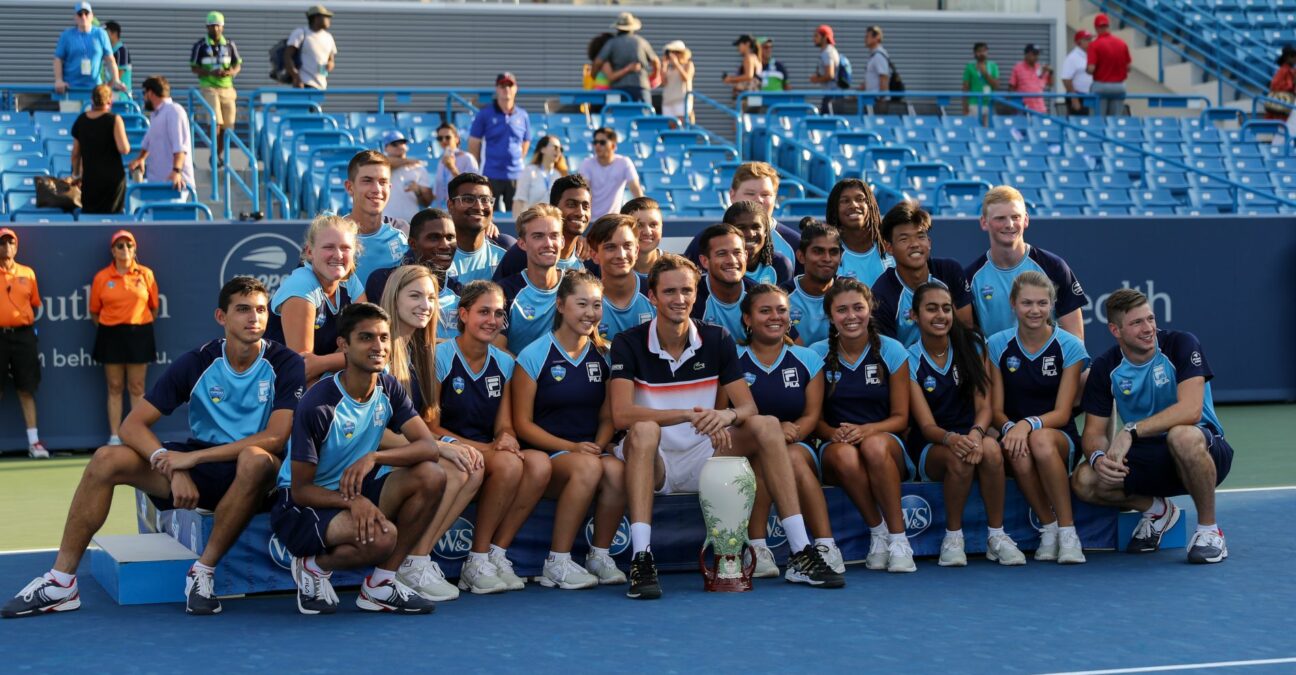 When will the Western & Southern Open take place?

The Western & Southern Open, also referred to as the Cincinnati Masters for the ATP event, will run from August 14 to August 22 this year. The event started in 1899 and is the oldest professional tennis tournament played in its city of origin in the United States.

Where will the Western & Southern Open be held?

The tournament is held at the Lindner Family Tennis Center in Mason, Ohio, about a 45-minute drive from Cincinnati itself. The venue has four stadiums: Center Court (capacity of 11,435 spectators), Grandstand Court (capacity 5,000), Court #3 (capacity 3,500) and Court #9 (capacity 2,500). All four courts are also equipped to host matches under the lights.

On which surface is the tournament played?

The Western & Southern Open is played on Hardcourt (Decoturf II). The event is a key tune-up event on the men’s and women’s tours for the final Grand Slam event of the year, the US Open, and is also part of the US Open Series.

Did the Western & Southern Open take place in 2020?

The tournament did take place in 2020 and was among the first tennis tournaments to happen following the shutdown of the tours in March.

Due to the coronavirus pandemic, the tournament was moved to New York and held at the USTA Billie Jean King National Tennis Center, the venue of the US Open, in a bid to reduce travel for players and their teams, as well as officials and others involved in the organisation of the tournament.

Will the Western & Southern Open have fans this year?

The tournament has announced that it will operate at full capacity for spectators in 2021.

“In keeping with the guidance from local government officials, we are eager to welcome fans back to the Western & Southern Open,” said Tournament Chief Operating Officer Katie Haas. “The fans bring so much energy and excitement to our event, and we dearly missed them last year. We look forward to returning to Cincinnati and welcoming our fans at this year’s tournament.”

How to buy tickets for the tournament?

The details of tickets for the combined men’s and women’s event can be found at this link.

Who are the defending champions at the Western & Southern Open?

Who has won the Cincinnati tournament in the past?

Between 1974 to 2003, the women’s event was held only once. No woman has won the tournament thrice in the Open Era. Among those with two titles include defending champion Victoria Azarenka and Serena Williams.

What is the draw size at the Western & Southern Open?

How many ranking points can players earn at the Western & Southern Open?

For the women, WTA points in Cincinnati are awarded as follows:

Which TV channels will broadcast the Western & Southern Open?

As per the ATP Tour website, all ATP Masters 1000 events will be broadcast on  Eurosport in France, Amazon Prime Video in the United Kingdom, and the Tennis Channel in the United States. For broadcast partners in other countries, you can click on this link at the ATP tour website.

As per the WTA Tour website, WTA events are broadcast on beIN France, Amazon Prime Video in the United Kingdom, and the Tennis Channel in the United States. For broadcast partners in other countries, you can click on this link at the WTA tour website.