A book co-authored by Rémi Bourrières (contributor to Tennis Majors) and Christophe Perron provides an unprecedented analysis of the 40 matches played between Roger Federer and Rafael Nadal. We thought we knew everything, but in reality we don’t 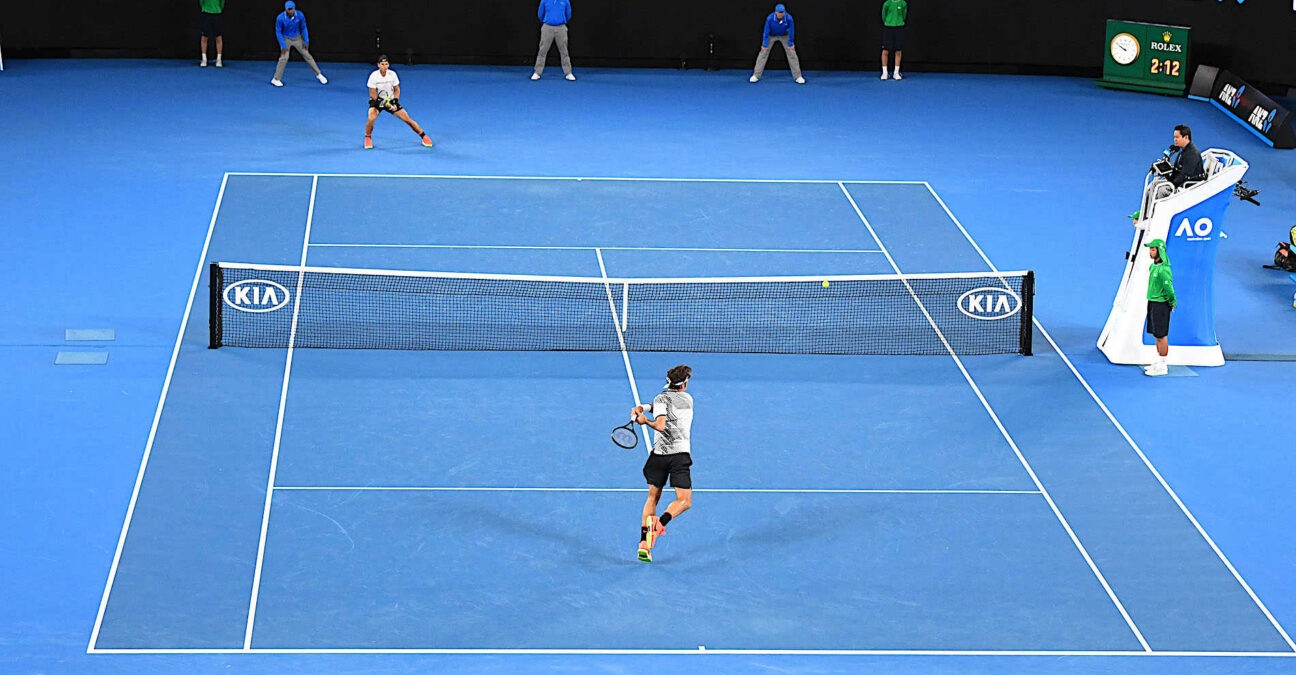 In total, 100 hours of footage and 7,690 points that redefine the known limits of the game of tennis. This tally is the work of two French journalists, Rémi Bourrières (who regularly writes for Tennis Majors) and Christophe Perron. In October, they published a book, simply entitled “Fedal”, which puts under the microscope the 40 official matches played by the two men between 2004 and 2019; one would like to describe the duel as an “ongoing series”, even if the passage of time makes uncertain the idea of a successor to their sublime Wimbledon semi-final won in four sets by the Swiss.

Bourrières and Perron’s narrative approach is effective: all the matches are reported, from the first to the last, which allows the reader to give this rivalry a freshness that it has not had since the Nadal-Federer duel became an object of global pop culture during the 2008 Wimbledon final.

The little stories behind the big story come back with an unparalleled flavour. The way Federer and Nadal sculpted their games and career trajectories is traced with the force of contextual detail. After reading it – an experience which is like devouring a packet of sweets (“come on, just one more”), we have brought up ten statistics or ten facts that remind us that the Fedal story is an amazing one and that it was a privilege to live during it.

1. The first Federer – Nadal match was… in doubles

Federer/Allegro against Nadal/Robredo. The first time Roger Federer, already world No 1, met the 17-year-old Rafael Nadal on a court for an official match was in doubles on March 16, 2004 in Indian Wells. The Spanish team won in three sets (5-7, 6-4, 6-3). It was like an omen for their future singles matches. Federer never led that head-to-head: 24-16 for Nadal today.

2. Federer and Nadal have never played each other at the US Open

This stat is not, by definition, at the heart of the book, which focuses on the matches they did play. But as unlikely as it may seem, Federer and Nadal have never played each other in the New York Grand Slam. The Philippe-Chatrier court at Roland-Garros, on the other hand, is the main stage of the plot, with six matches out of the 40, or 15% of the Fedals – six matches between 2005 and 2019, all won by Nadal, including four finals. 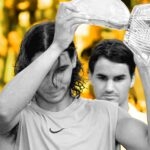 3. Only once did either save a match point

One of the most mythical Nadal-Federer matches was the 2006 Rome final. Five sets, more than five hours of play, a win in the fifth tiebreak for the Spaniard, who had then won “only” one French Open and was not yet 20 years old. Yet Federer had two match points at 6-5 for him and 15-40 on Nadal’s serve. It was the only time in their match that the winner had to save match points.

4. Only once did either of them come back from a two-set deficit

As fascinating and close as it has been at times, the Federer-Nadal rivalry has rarely resulted in any crazy upsets. In fact, of their 17 best-of-five set matches (14 of which were Grand Slam matches), only once has the winner come back from a two-set deficit. This has never happened in a Grand Slam, as the only occurrence was Federer’s first win, in the 2005 Miami final (2-6, 6-7, 7-6, 6-3, 6-1).

5. In Grand Slam finals, Federer has only ever won once outside of Wimbledon

If the 2017 Australian Open final was so special to Federer fans, it was not just because the Swiss was returning, at 35, to a level that would make him the world No 1 a year later. It was also because there was something counterintuitive about beating Nadal in such circumstances. Apart from Wimbledon 2006 and 2007, the Swiss had never beaten Nadal in a major final, not at Roland-Garros, not at their third Wimbledon final in 2008, and not at Melbourne in 2009, one of Federer’s most memorable career losses.

6. Nadal was the first player to beat Federer in a Grand Slam final

Federer fans around the world remember the immense faith they had in their champion on Sunday, June 11, 2006, at 3:45 pm, when their beloved world No 1 took the first set 6-1 against Nadal in the French Open final – the first between the two men, the first in a Grand Slam at all. At that exact moment, Federer had won seven major finals out of seven played: Wimbledon 2003, 2004 and 2005, Australian Open 2004 and 2006, US Open 2004 and 2005. Nadal ended up handing Federer his first Grand Slam final defeat. There would be five more. Federer did win the French Open in 2009 – but without beating Nadal.

7. Federer and Nadal have played one final at the ATP World Tour Finals

8. Federer has won more than once on clay

Contrary to popular belief, Federer did not beat Nadal just once on clay, but twice: first in the final in Hamburg in 2007 (2-6, 6-2, 6-0), and then in the final in Madrid in 2009 with a clean sweep of 6-4, 6-4, and no break points for the Spaniard. Despite the spectacular dimension of this victory on Spanish soil, the occasion has been somewhat buried, both by Federer’s victory at the French Open that year, which was more important, and by the overall stat between the two men on clay: 14-2 for Nadal.

9. Federer has always had break points against Nadal…except the first time

If the lopsided record between Federer and Nadal leaves a bitter taste in the mouths of fans of the Swiss, it’s not just because the Spaniard dethroned him at Wimbledon in 2008 and soon from his position as world No 1. Perhaps it’s also because he had his chances in every match, no matter what it was (surface, period, tournament…). Only once has the excellent server Federer not had a break point against Nadal: the first, in Miami in 2004. 6-3, 6-3 for Nadal against a sick Federer. Reading the book, one can count the number of break points Nadal saved with mastery or Federer conceded unforced errors that he almost never committed – except against Nadal.

10. One Fedal lasted less than an hour

A Masters 1000 semi-final. Federer and Nadal at the top of their game. Dream programme? The Chinese spectators at the 2007 Shanghai semi-final had every right to think so, but it didn’t last long. With a 6-4, 6-1 victory, Federer dispatched Nadal in 59 minutes, the shortest duel of their careers. 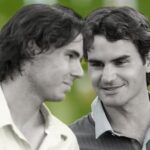 May 17th, 2009: The day Federer beat Nadal on clay in Madrid
tennis majors 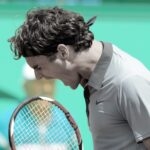 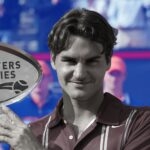