Every day, Tennis Majors takes you back in time to relive a tennis event which happened on this specific day. On June 1, 2009, Roger Federer came from two sets down and break point down in the third to beat Tommy Haas and keep his Roland-Garros dreams alive 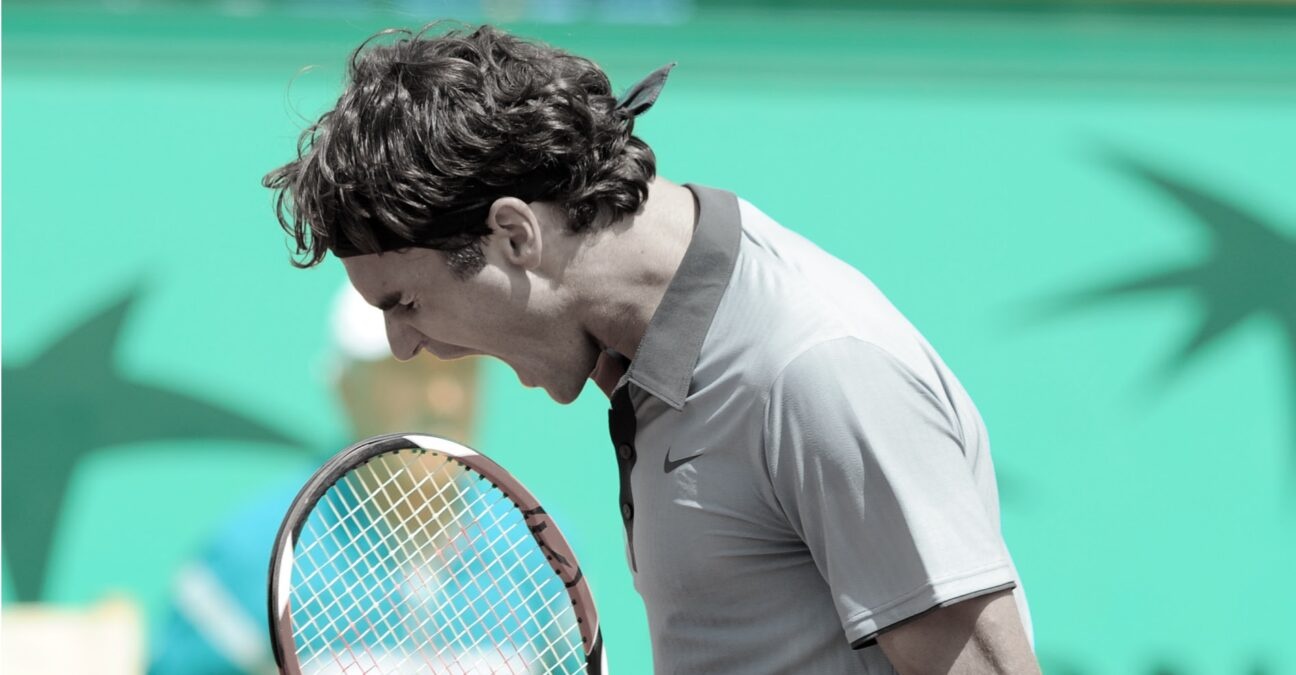 On this day, June 1, 2009, Roger Federer came from two sets and a break point down in the third set to edge out Tommy Haas in the fourth round at Roland-Garros (6-7, 5-7, 6-4, 6-0, 6-2) and keep his title hopes alive. The Swiss turned things around with a memorable forehand winner. It was a significant win for Federer, as his nemesis Rafael Nadal, who had defeated him the four previous years at Roland-Garros, had surprisingly been defeated the day before by Robin Soderling. Nadal’s loss created the perfect opportunity for Federer to eventually claim the Roland-Garros crown – the only one he was still chasing– but it also put incredible pressure on his shoulders; the entire world was now watching him, expecting him to complete the career Grand Slam.

Roger Federer was 27 years old in May 2009 and going through a rough patch in his career. He had dominated the game between 2004 and 2007, winning almost everything except Roland-Garros. Nadal was the main reason Federer had not won it yet; he lost against the Spaniard in the final in 2006, 2007 and again in 2008, a challenging year for the Swiss. First, a young Novak Djokovic defeated him in the Australian Open semi-final (7-5, 6-3 7-6), but the worst was yet to come. Nadal, after destroying him in a painful Roland-Garros final (6-1, 6-3, 6-0), had managed to defeat him in his own garden at Wimbledon, after a five-set thriller (6-4, 6-4, 6-7, 6-7, 9-7). When the Spaniard went as far as knocking him off the world No 1 spot he had held for 237 consecutive weeks, Federer probably thought he had reached rock bottom. If this was the case, then he was wrong. Rock bottom was only reached at the 2009 Australian Open, when Federer lost again to his nemesis in the final, in five sets (7-5, 3-6, 7-6, 3-6, 6-2), and he could not hold back his tears during the trophy ceremony.

At this stage in 2009, Federer had not only become Nadal’s challenger, but he had also been defeated by Djokovic, Andy Murray and Stan Wawrinka. For the first time since 2000, Federer had not claimed a single title in the first four months of the year. Journalists had started to talk about decline before the Swiss claimed the title in Madrid, beating Nadal on clay for only the second time, reminding them that the legend was still alive and that he had not given up on his quest for Roland-Garros.

Tommy Haas was born in Germany in 1978, but was a product of the Nick Bollettieri Academy, in Florida, where he spent his teenage years, developing his aggressive game based on a good serve and an explosive forehand. He achieved his best Grand Slam results at the Australian Open, where he reached the semi-finals three times (in 1999, 2002 and 2007), and obtained a silver medal at the 2000 Sydney Olympics (losing to Yevgeny Kafelnikov). Haas had claimed 11 titles on the tour, none of them on European clay, where his best performance remained reaching the final in Rome in 2002, where he lost to Andre Agassi. He had achieved his best ranking, world No 2, in May 2002, before having to interrupt his career for an entire year; in 2003, his father was in a coma after a car accident and Haas took this time off to look after his family. After his comeback in 2004, he climbed back to the top 20 in less than a year, but he did not manage to enter the top 10 until January 2007 after he reached the Australian Open semi-final. Injured in 2008, he began 2009 as the world No 80 and was No 63 at the start of Roland-Garros.

The story took place at Roland-Garros, Paris. The stadium, located in the west of Paris at the edge of the Bois de Boulogne forest, had been hosting the French Grand Slam since 1928. It was the first and now the only Grand Slam to be played on clay, the slowest surface, which made it the hardest tournament to win from a physical perspective. With the prominence of baseliners like Gustavo Kuerten, Juan Carlos Ferrero, and of course later Nadal and his extraordinary topspin, winning Roland-Garros had become the biggest challenge for players like Haas or Federer who played an aggressive game and liked attacking the net.

The German had never gone past the fourth round at Roland-Garros before while Federer had finished runner-up three consecutive times, from 2006 to 2008, only to be defeated by the same player, Nadal. It was the only Grand Slam the tournament where the Swiss had yet to come out on top.

The facts: Federer comes from two sets down to win in five

The story of the match between Federer and Haas, played on June 1, 2009, had begun the day before, on the May 31, at the precise moment Soderling had defeated the King of Clay, Rafael Nadal (6-2, 6-7, 6-4, 7-6). From that very moment, the tournament took a new turn for the Swiss world No 2. His nemesis Nadal, the player who had deprived him in three consecutive Paris finals, was eliminated against all odds by the most unexpected opponent. Years later, reflecting on that day, the Swiss would say that he had left the stadium after Soderling had won the first set, not thinking for a second that the Swede would go on to win the match. Coming back to his hotel, Federer would find out he was wrong; Nadal had been sent packing home. Federer knew right away that this was his chance to eventually claim the title. Unfortunately for him, so did the entire world, and this golden opportunity came with a new pressure that weighed heavily upon his shoulders.

When Federer and Haas came on court to play their fourth-round match the next day, it was as if a storm had hit the tournament. Nadal was out, it had to be Roger’s year. Everyone was talking about the Spaniard’s loss or speculating about Federer winning Roland-Garros for the first time, but very few paid any attention to Haas. The Parisian crowd was not very familiar with the German, who had never achieved anything outstanding there. Furthermore, he had defeated Federer only twice in 10 encounters, the last time in 2002, when he was in his prime and Federer was a newcomer on the tour. Yet he soon proved that he should not have been counted out.

From the first few games, it was obvious that Federer was under high pressure. Feeling now compelled to win the tournament, he struggled with the the increased expectations, his own game, and his opponent who did everything to make him miserable. While Federer, very tense, was not able to set up his aggressive strategy without missing too much, Haas was all pumped up and delivered a great performance, serving particularly well. He claimed the first set, 7-6. In the second set, the Swiss still couldn’t loosen up. Despite the public’s support, he seemed to be digging his own grave; shy with his forehand, still missing more than usual. Haas not only took the second set, 7-5, but soon had a break point at 4-3 in the third set. It was almost a match point. The German would admit later: “I’d be lying if I said I didn’t think, at that point, ‘Hey, if I win this point I’m going to win this match. I’m going to serve him out.'”

Haas had no idea how right he was; this point would seal the match. Just not in the way he had hoped or expected.

When Federer missed his first serve, a shiver went through the audience. Was it possible that, just one day after Nadal had been defeated, the new favourite could be eliminated as well, and miss the chance of a lifetime by losing in straight sets? His second serve went to Haas’ backhand and the German replied with a cross-court return, deep enough to start a baseline rally against any player. Except Federer was never “any player.” At this desperate time, Federer delivered the genius shot that makes the difference between a great tennis player and a 13-time Grand Slam champion. He ran around his backhand and delivered an inside-out forehand which traveled at the speed of light to end on the line before Haas could even blink. The momentum had changed. The German was stunned by the amazing shot that Federer had pulled out at such an important moment and Federer won the next nine games to take the third and fourth sets 6-4 6-0. Although Haas tried to get himself together at the start of the fifth set, Federer was now too good and sealed the victory, 6-7, 5-7, 6-4, 6-0, 6-2.

Federer would have a difficult time but he would eventually triumph at Roland-Garros in 2009, for the first and only time in his career.

Seriously challenged in the semi-final by Juan Martin del Potro (3-6, 7-6, 2-6, 6-1, 6-4), he would deal with the pressure in the final by defeating the man who had taken Nadal out of his way, Soderling (6-1, 7-6, 6-4). Later, Federer would say of how he felt after Nadal’s loss, “I was mentally drained because I felt like I had to play like four finals at the end of Paris because of the pressure.”

With Nadal missing through injury, Federer would also triumph at Wimbledon a month later, breaking Pete Sampras’ record with a 15th Grand Slam crown, reclaiming the world No 1 spot. The Swiss would reach a last final at Roland-Garros in 2011, where his rival Nadal would edge him again (7-5, 7-6, 5-7, 6-1). Haas would confirm his great shape by reaching the semi-finals at Wimbledon, where he would lose to Federer again, 7-5, 7-6, 6-3.

After being hampered by injuries in 2010 and 2011, Haas would make another comeback to climb back as far as No 11 in June 2013. His last remarkable results would be claiming the Halle title in 2012 against Federer (7-6, 6-4), and reaching the quarter-finals at Roland-Garros in 2013 (defeated by Novak Djokovic, 6-3, 7-6, 7-5). He would then appear more infrequently on the tour, struggling with injuries, and busy with his new position as director of the Indian Wells tournament and would officially retire from professional tennis in 2018. 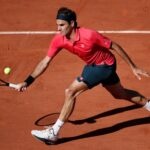 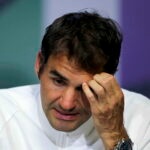 “At the moment, everything is still a little uncertain” – Federer to decide next steps after meeting doctors this week
tennis majors
Share this story
Facebook Twitter Linkedin Whatsapp Email