Thiem tested, Dimitrov peaking – what happened on Day 2 in Vienna

The top two seeds – Novak Djokovic and Dominic Thiem – overcame early challenges to win in straight sets, while Grigor Dimitrov produced some of his best tennis of the season to defeat Karen Khachanov. Here’s what happened – and what you might have missed – from Day 2 of the Erste Bank Open in Vienna. 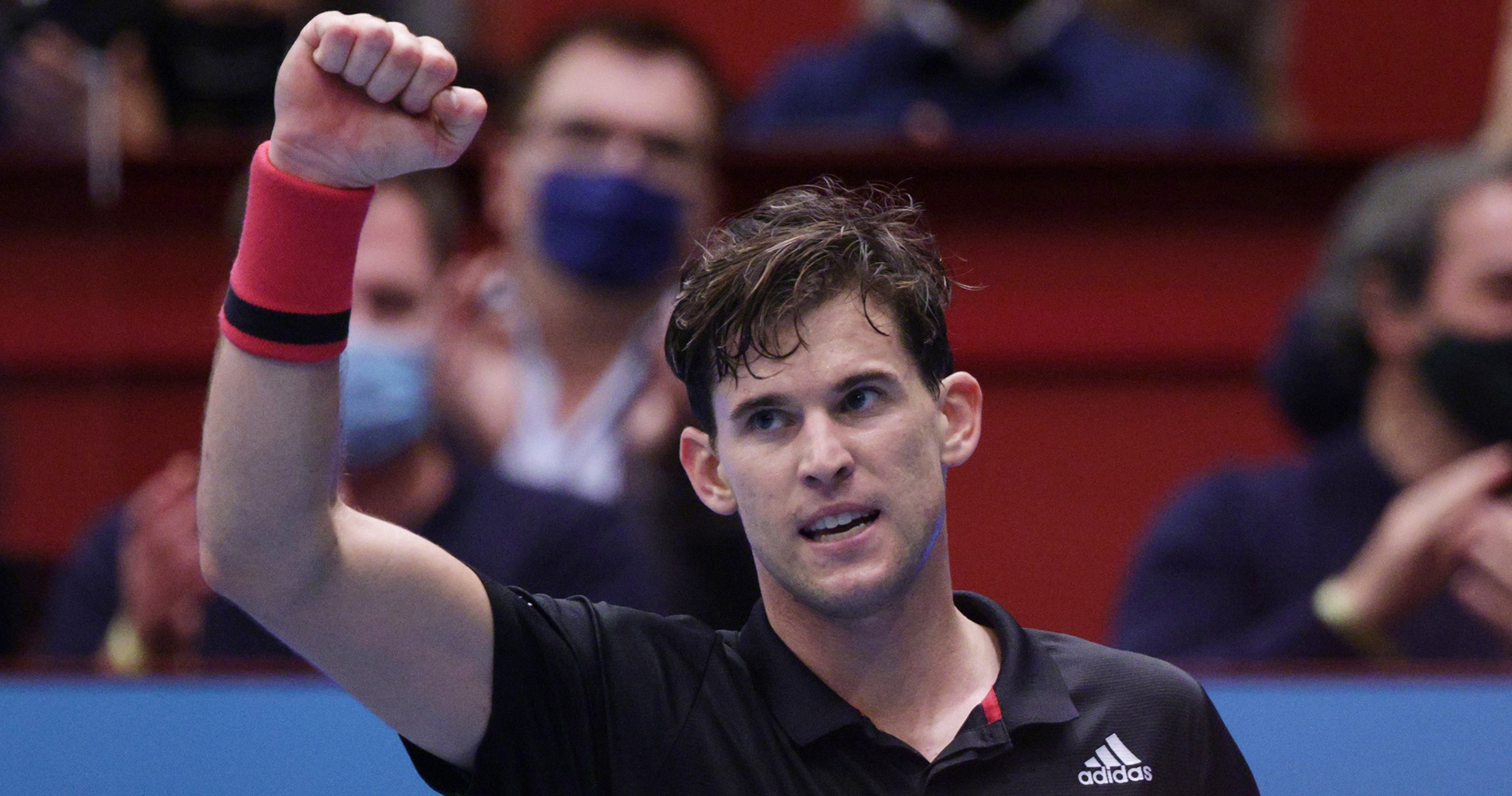 Novak Djokovic‘s first appearance in Vienna in 13 years was a highlight on Day 2 of the Erste Bank Open in Vienna, but second-seeded Dominic Thiem, the hometown favorite and defending champion, was also a main attraction for the local fans on Tuesday.

The big guns who went through

Tuesday saw both Djokovic and Thiem tested significantly at times during their straight-set wins. But both were able to brush off their challengers and dash to victory without too much difficulty.

Djokovic improved to 38-2 on the season with a 7-6(6), 6-3 victory over Filip Krajinovic. It was a slow start for the world No 1, as he was down by a break midway through the opening set and even faced a set point at 5-6 in the first-set tiebreaker. But Djokovic was able to rely on his experience and take advantage of some regrettable nerves on the part of his compatriot. Krajinovic botched a smash at 6-all in the breaker and lost the set on the next point. He pushed a bit in the second set but was unable to avoid the inevitable ending.

The victory leaves Djokovic one win from locking up a record sixth ATP year-end No 1 ranking. If he defeats Borna Coric he will join Pete Sampras as one of just two men to have achieved the feat.

Novak Djokovic can clinch his record-tying SIXTH year-end #1 ranking with a win over Borna Coric Thursday in 🇦🇹 pic.twitter.com/kd8e8TjTSI

Thiem faced a relatively unknown lucky loser by the name of Vitaliy Sachko but the 23-year-old Ukrainian proved to be a formidable test for the defending champion. Thiem, who defeated Diego Schwartzman in last year’s final at Vienna, improved to 14-8 lifetime in at the Erste Bank Open by notching a surprisingly complicated 6-4, 7-5 win. Thiem saw his serve broken four times and only wrestled free of his adversary with a break in the 12th game of the final set to clinch his first-round victory in one hour and 47 minutes.

Grigor Dimitrov defeated Karen Khachanov 7-6(6), 6-3 in an impressive display to book his place in the second round at Vienna.

The Bulgarian turned in one of his most stellar performances of the season in his first career meeting with Khachanov. Dimitrov stayed with the hard-hitting Russian in a hotly contested first set, rallying from a break down and eventually squeaking through in the tiebreaker.

Playing without hesitation, Dimitrov deployed his venomous forehand with regularity and kept Khachanov on defence for much of the match. He pulled ahead early in the second set and never looked back the rest of the way. Dimitrov nearly doubled Khachanov in the winner count at 25 to 13, and he struck 15 forehand winners to just six from the big Russian.

Even more impressive, Dimitrov won all 14 points he played at the net.

“Karen is such as excellent player, such a heavy hitter, the conditions like this actually, the court kind of favors him a little bit,” Dimitrov said. “I was able to play a very solid game – take the right decisions at the right time – I was able to use my slice and redirect it when I most needed it.”

The world No 20 will face either Stefanos Tsitsipas or Jan-Lennard Struff in second-round action on Thursday.

The upset of the day: Garin d. Wawrinka

There may be a small ranking differential between world No 22 Cristian Garin and world No 19 Stan Wawrinka, but undoubtedly there is a world of experience that separates the two players – especially on hard courts. Wawrinka is a former US Open champion that owns 304 ATP wins and nine titles on the surface. Garin, by comparison, owns a 14-25 lifetime record on hard courts and was just 2-7 on the surface heading into Tuesday’s first-round clash with Wawrinka in Vienna.

That’s why we’re calling Garin’s victory the upset of the day. The Chilean notched a hard-fought 6-4, 6-7(9), 6-3 victory over Wawrinka in two hours and 13 minutes.

The Swiss didn’t make it easy for Garin. Wawrinka converted his eighth set point in the middle stanza to push Garin to a decider, but the 24-year-old delivered the goods to put Wawrinka to bed and come away with his third career top 20 victory on hard courts.

It was a tough day for qualifiers and lucky losers in Vienna – to be expected with such a stacked draw at a 500-level event.

Italy’s Lorenzo Sonego was able to buck the trend, however. The Italian toppled Dusan Lajovic 6-4, 6-3.