Home » News » US Open Day 1 recap: Don’t tell the Zverevs there are no fans allowed

US Open Day 1 recap: Don’t tell the Zverevs there are no fans allowed

There were not any monumental upsets on Day 1 of the US Open. Alexander Zverev avoided one by beating Kevin Anderson, after which Mischa Zverev checked in from afar. 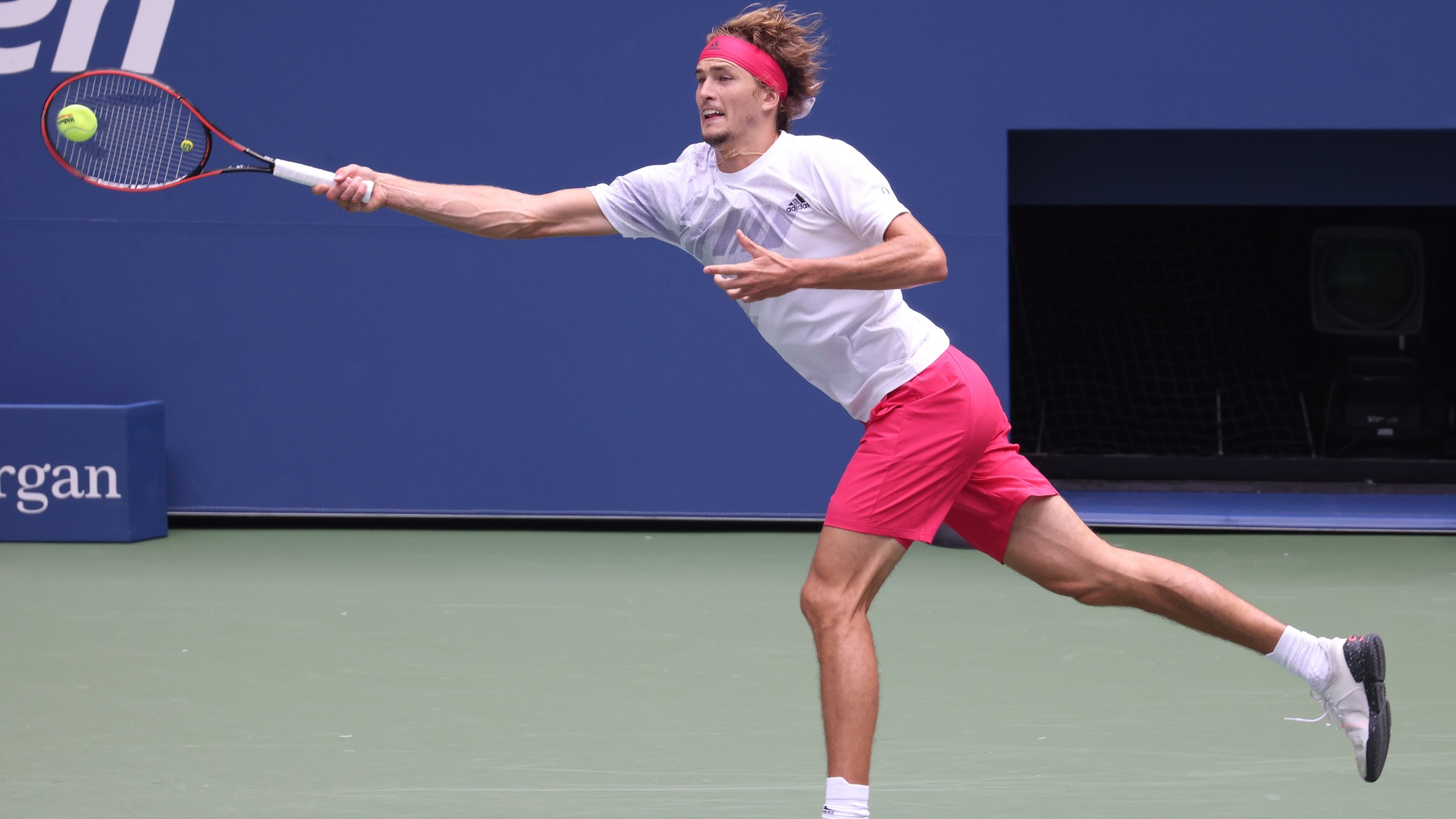 The first day of a most unique US Open has come and gone. It came without fans. It came without rain (that could change on Tuesday and Wednesday). And it came and went without a whole lot of upsets. Naomi Osaka and Alexander Zverev were among those who survived scares, while women’s top seed Karolina Pliskova and men’s favourite Novak Djokovic cruised through without any trouble.

The woman of the day : Osaka survives

Osaka was the big story at last week’s Cincinnati event. The 22-year-old from Japan sparked a one-day pause in play at the Western & Southern Open by initially refusing to play her semi-final match in protest of social injustice that is currently plaguing the United States. Osaka ended up playing — and winning — her semi-final against Elise Mertens one day later than expected before withdrawing from the final against Victoria Azarenka due to a hamstring injury.

The two-time major champion has a lot to deal with mentally and physically right now, but she managed to scrape past countrywoman Masaki Doi 6-2, 5-7, 6-2 during first-round action on Monday night at Flushing Meadows.

Afterward, Osaka wore a mask with the name Breonna Taylor written on the front for her on-court interview. Taylor is one of many black people who have lost their lives at the hands of police brutality in 2020. Osaka has six more masks prepared for the rest of the fortnight.

“I have seven,” she explained. “It’s actually sad that seven masks isn’t enough for the amount of names. Hopefully I will get to the final and you can see all seven.”

The man of the day : Cam you believe it?

Cameron Norrie pulled off one of the day’s few upsets, and he did in the hard way. The lefty from Great Britain saved two match points on his way to ousting No 9 seed Diego Schwartzman 3-6, 4-6, 6-2, 6-1, 7-5. Norrie and Schwartzman combined for a ridiculous 58 break points, one shy of the all-time Grand Slam record for a single match.

The match of the day : Going the distance

Death, taxes, and John Isner playing marathon matches…. Those are the three certainties of life. The 6’10” American lost this one, falling to compatriot Steve Johnson 6-7(5), 6-3, 6-7(5), 6-3, 7-6(3) in three hours and 50 minutes. Now six of 10 career meetings between Isner and Johnson have required final-set tiebreakers.

5 sets. 3 tiebreaks. What a marathon.

The big surprise : That there were no surprises!

At a US Open unlike any before in tournament history, and with players having endured so much time off in 2020, upsets are expected to be in abundance throughout this fortnight. So the surprise on Monday was that there wasn’t a single surprise on the women’s side. Heck, most people probably even picked Flipkens to beat Peterson. It is hardly an upset despite what the rankings and seedings say.

Now, Dayana Yastremska losing would have been a real surprise. And she almost did. But the Ukrainian avoided defeat by outlasting Astra Sharma 6-3, 6-7(7), 7-6(2) in two hours and 26 minutes.

Yastremska’s survival could mean more videos like this one as the fortnight continues.

That’s her jam 🎧 💃@D_Yastremska chats music and her arrival at the #USOpen on @MattekSands‘s Bubble Cam. pic.twitter.com/MytQGhrnwM

The picture of the day : Some things never change

There may not be any fans at this year’s US Open. But there apparently are going to be the usual New York sunsets making their presence felt on the horizons beyond the Billie Jean King National Tennis Center. Tennis fans will simply have to enjoy them from afar…. And we will do so right now!

Denis Shapovalov has lost in the third round of the last two US Opens, both times in Louis Armstrong Stadium. Both were heartbreakers — to Kevin Anderson in five sets in 2018 and to Gael Monfils in five sets last year. As such, the Canadian joked about telling tournament director Stacey Allaster to put him on a different court this time around.

Well…no such luck! Shapovalov found himself in none other than Louis Armstrong for his opener against Sebastian Korda.

“I was telling Stacey before the tournament, ‘Whatever you do, don’t put me on Armstrong,’ Shapovalov said. “I’ve had some brutal losses there. Surely enough, first round she puts me there!”

Armstrong was kinder to the left-hander this time around. After all, it was the first round; not the third round. Shapovalov defeated the American wild card 6-4, 4-6, 6-3, 6-2.

Life behind closed doors : A front row seat…sort of

In case you haven’t heard: there aren’t any fans at the 2020 US Open. Okay, you have all heard that fact a million times by now. Nothing is going to change it. And that fact is especially glaring in matches that are contested in the monster that is Arthur Ashe Stadium. That’s where Zverev faced Anderson in a tough first-round match-up, won by the No 5 seed 7-6(2), 5-7, 6-3, 7-5.

There was, however, at least one fan tuning in. Mischa Zverev, Alexander’s older brother, zoomed in on the courtside fan cam that was placed in the front row of the stadium.

Big bro Mischa was on-court from a distance to support @AlexZverev after his win. pic.twitter.com/zk2U1JULE6

The point of the day : Astra hits it to an astronaut

Sharma did extremely well to play Yastremska so tough. However, this was not one of the Australian’s brighter moments.

Another jam-packed schedule at the US Open is on tap for Tuesday, when first-round action will wrap up. Here are some of the most intriguing match-ups (and full order of play here).