Alexander Zverev triumphed at the Cincinnati Masters 1000 on Sunday, but the German is focused on trying to win his first Grand Slam title 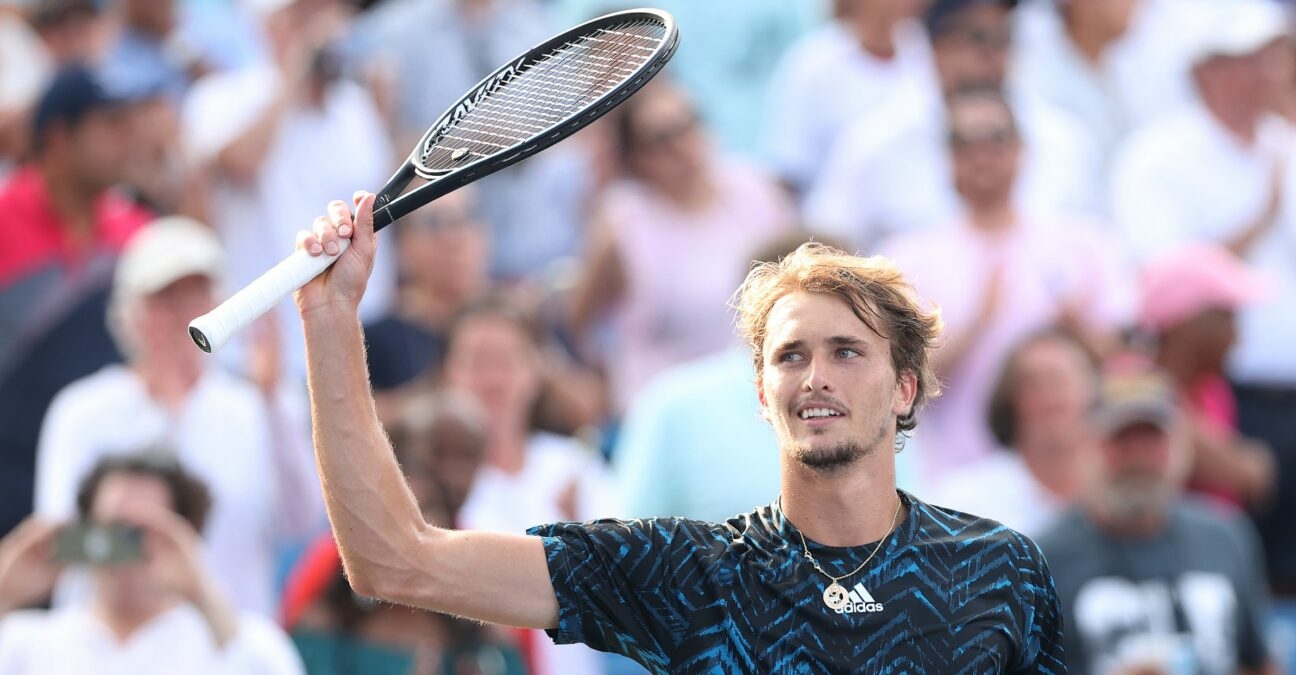 Alexander Zverev captured the fifth Masters 1000 title of his career — and second of 2021 — when he cruised past Andrey Rublev 6-2, 6-3 in the final of the Western & Southern Open on Sunday afternoon.

Although it was a big moment for Zverev, it wasn’t a groundbreaking achievement. After all, he had already won four such tournaments to go along with a recent gold medal at the Tokyo Olympics and a Nitto ATP Finals triumph in 2018.

The German wants something more now; a Grand Slam title.

It was no surprise that his post-match press conference in Cincinnati focused almost as much on the upcoming US Open as it did on his success over Rublev. Zverev obviously hopes to go one step further at Flushing Meadows than last year, when he reached the final before falling to Dominic Thiem in a fifth-set tiebreaker, having led by two sets to love.

“Last year before the US Open I didn’t expect (anything) from myself, to be honest,” Zverev said, “because first of all, we didn’t play any tournaments for six months, and second I had a pretty average Cincinnati tournament in New York. I was still finding my game during the US Open last year, but it worked well for me; I was pretty close to winning it. But I’m looking forward to what’s in it for me this year, and we’ll see how it is once I arrive there.”

The 24-year-old will arrive in New York with a ton of confidence, having won the Olympics and Cincinnati in back-to-back appearances. Zverev upset world No 1 Novak Djokovic in the semi-finals in Tokyo, but the Serb is the leading contender to take the title in New York, where he will be bidding for a record 21st Grand Slam title and to become the first man to win the calendar-year Grand Slam since Rod Laver in 1969.

“The US Open is a week that everybody is looking forward to,” Zverev noted. “I think Novak will be back. He’s obviously going to be the favourite, as well. But I think other guys are going to be in great shape…. I still have a lot of work ahead of me. I have to find my rhythm in New York, as well.

“I do think (Djokovic is) going to be playing incredible tennis there. He’s going to be fresh, and I think there is also other guys that are in very good form. I think Rublev is in very good form, (Daniil) Medvedev, (Stefanos) Tsitsipas — all those guys are playing great tennis. It’s definitely going to be an interesting US Open. ‘I’m also looking forward to it because I know where I stand, I know how I’m playing and I hope I can continue the work and hopefully play even better in New York.”