All you need to know about day 6 at the Australian Open, as Rafael Nadal, Stefanos Tsitsipas, Daniil Medvedev and Andrey Rublev all advanced to the last 16 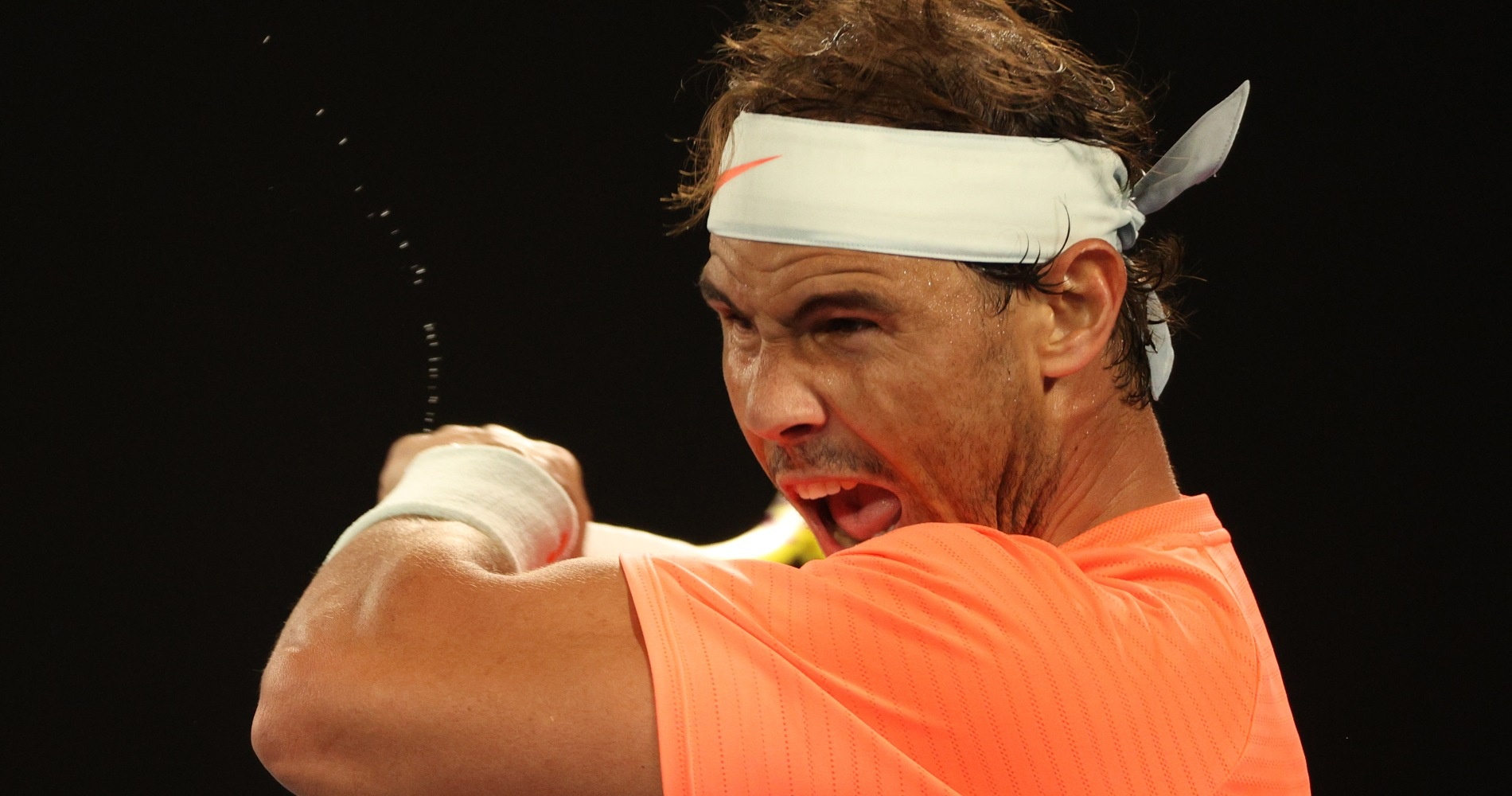 The third round was completed at the Australian Open on Saturday, with the bottom half of the draw in action, albeit behind closed doors due to the five-day Melbourne lockdown, which began at midnight Friday.

What you need to know: Nadal, Tsitsipas, Medvedev, Rublev advance

Rafael Nadal knows a bit about suffering but as he continues to battle a sore back, his tennis looks strong. The world No 2 is into the last 16 without dropping a set thanks to a 7-5, 6-2, 7-5 victory over Britain’s Cameron Norrie in the last match of the day.

That’s now 30 sets in a row at Grand Slams for Nadal, who came from an early break down in the first set and though he never hit top gear, he was happy to get the job done against world No 69 Norrie, who played some good tennis to extend the match past the two-hour mark.

Tsitsipas turns on the style

Stefanos Tsitsipas showed no mercy to his friend and quarantine practice partner Mikael Ymer of Sweden on Day 6. The Greek powered into the round of 16 with a comprehensive 6-4, 6-1, 6-1 victory in John Cain Arena, thanks to 27 winners and seven of 12 break points converted.

Tsitsipas will be pleased that he got off the court after just 94 minutes, especially given that he was pushed to five sets by Thanasi Kokkinakis in a second-round battle that lasted four hours and 32 minutes. Next up for the Greek will be Italy’s Matteo Berrettini, who beat Russian Karen Khachanov 7-6, 7-6, 7-6 despite some trouble with what looked like an abdominal injury late in the third set, which left him emotional.

Berrettini understandably emotional at the end there. He trailed Khachanov 1-4 in the third-set tiebreak and probably wouldn't have survived another set with his injury. Manages to make it through 7-6(1), 7-6(5), 7-6(5) to set up a 4th round v Tsitsipas.

Make it 17 wins on the trot for Daniil Medvedev… and counting.

For the first time ever more than two Russian men reached the second week at the Australian Open after Daniil Medvedev‘s 6-3, 6-3, 4-6, 3-6, 6-0 victory over Filip Krajinovic on Day 6. Medvedev, who joins compatriots Aslan Karatsev and Andrey Rublev opened strong and took a two sets to love lead over his opponent, but Krajinovic turn the tides to push him to a fifth set.

Medvedev had lost all six of his previous five-setters, but he broke through in impressive fashion on Day 6, handing the No 28 seed a bagel in the fifth set. The No 4-seeded Russian won 27 of 39 points in the final set, and he was pleased with his effort.

“I remember many of these five set matches,” Medvedev said. “I think in like three or four of them maybe I was a break up, or something like this. I always say experience is the key for me so this fifth set I felt like, of course it was tight, but as soon as I got the break I was under control.”

Medvedev also talked about the mysterious departure of his coach, Gilles Cervara, from the stadium late in the fourth set.

“He said just before leaving that he’s sure I’m going to win the match, but he’s going to leave me alone to be more calm.”

Medvedev has been barking at his box since he dropped serve to lose the third.

Medvedev will face American Mackenzie McDonald in the round of 16. McDonald moved past South Africa’s Lloyd Harris 7-6(7), 6-1, 6-4

Rublev roars into round of 16

He’ll move on to face Norway’s Casper Ruud in the round of 16.

Like father, like son. Norway’s Casper Ruud has become the first player from his country to reach the second week of a major in 24 years. The last player to do it? Ruud’s father and coach, Christian. Ruud took out Moldova’s Radu Albot, 6-1, 5-7, 6-4, 6-4.