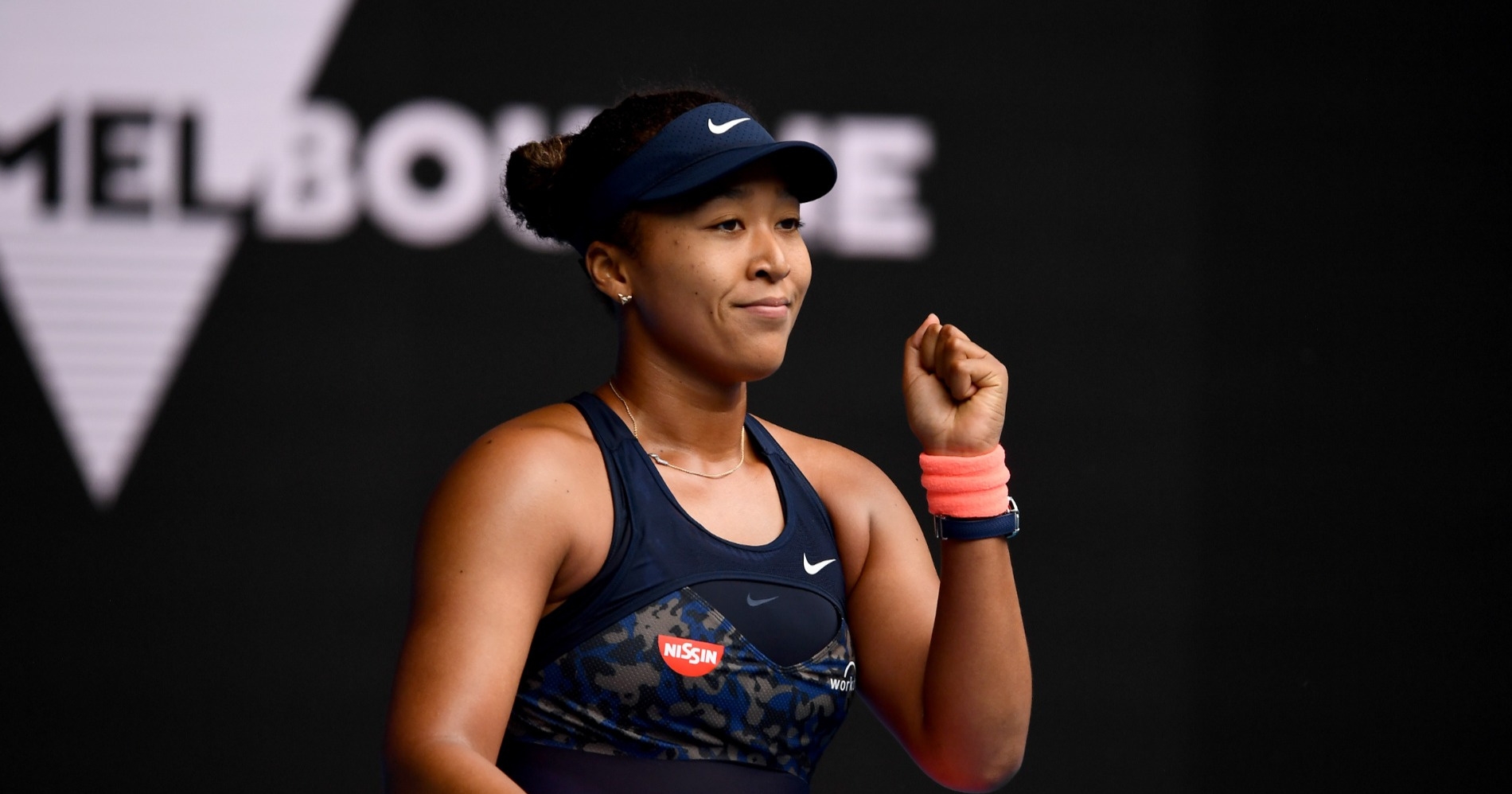 The stacked bottom half of the women’s draw were back in action at the Australian Open on Wednesday, with world No 2 Simona Halep — a Melbourne finalist in 2018 — headlining the day 3 programme alongside 2019 champion Naomi Osaka and both Serena and Venus Williams. 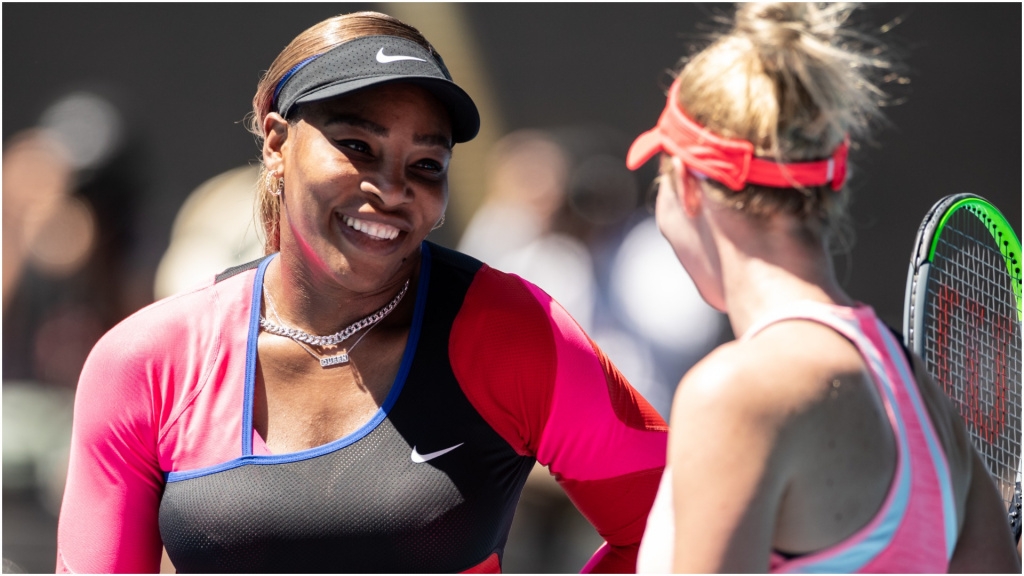 What you need to know: Serena, Osaka stroll, Halep escapes; Andreescu, Kvitova out

Serena Williams and Naomi Osaka may be at other ends of their careers but both look in ominously good form in week one.

The 39-year-old Williams, chasing a record-equalling 24th Grand Slam title, disposed of world No 99 Nina Stojanovic 6-3, 6-0 in one hour and nine minutes, a second ruthless win so far, having routed Laura Siegemund 6-1, 6-1 in round one.

US Open champion Osaka took her Grand Slam winning streak to nine matches with a brilliant performance as she dominated France’s Caroline Garcia 6-2, 6-3, her power too hot for Garcia to handle. Osaka was busy chatting away in her press conference when she was interrupted by Iga Swiatek, the Roland-Garros champion, who is another on a nine-match slam streak after she beat Camila Giorgi of Italy 6-2, 6-4.

“I heard you had a flip flop dilemma”

Halep looked on her way out when she trailed Ajla Tomljanovic 5-2 in the final set but the world No 2 reeled off five games in a row to clinch a 4-6, 6-4, 7-5 victory. 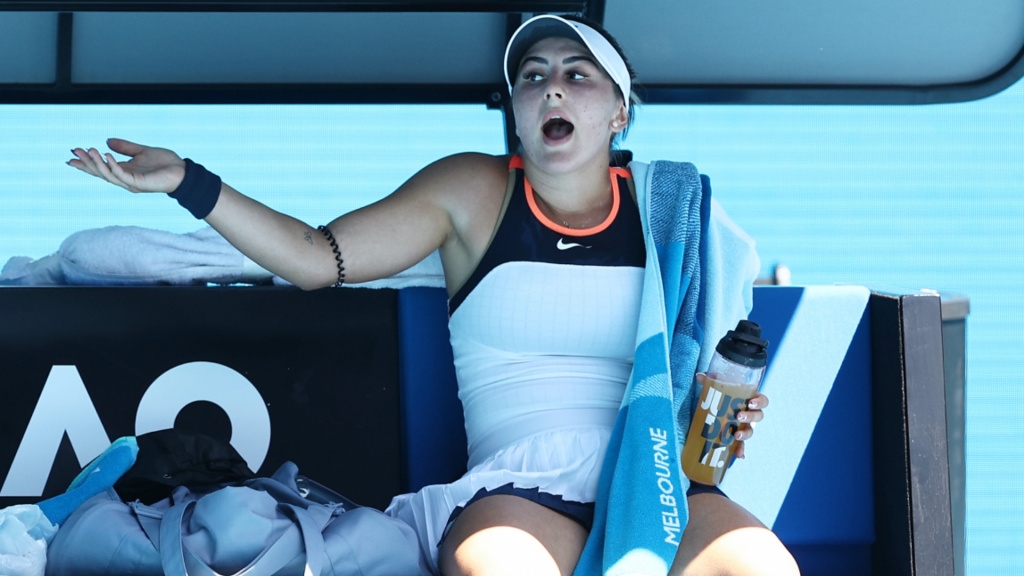 The upsets: Andreescu, Kvitova crash out

Having not played for 15 months because of injury and then the Coronavirus pandemic, Bianca Andreescu was something of an unknown quantity at this year’s event and the Canadian was knocked out 6-3, 6-2 by world No 71 Hsieh Su-wei. Andreescu, the No 8 seed, is not the first woman to be bamboozled by the wizardry of the Taiwanese player and she was outplayed in one hour and 23 minutes.

In another afternoon surprise, this one inside Margaret Court Arena, world No 68 Sorana Cirstea stunned two-time Wimbledon champion Petra Kvitova 6-4, 1-6, 6-1. Kvitova had not lost prior to the quarter-finals at Melbourne Park since 2018, finishing runner-up to Osaka in 2019.

Another seed falls! @sorana_cirstea completes the upset victory over Kvitova on her 4th match point attempt 👏

Venus Williams made a surprise exit, too, although it was no fault of her own. The 40-year-old sustained a nasty-looking right ankle injury during her first set against Sara Errani and struggled mightily the rest of the way. In fact, it would have been shocking to see her press on except when you consider the fact that Williams has retired from just one Grand Slam match in her entire career. She fought her way to the end but Errani prevailed 6-1, 6-0.

That was the most impressive, inspiring, life-affirming 1-6, 0-6 loss you’ll ever see.

The logical next step in Aryna Sabalenka‘s career would be to capture a Grand Slam singles title. The Belarusian is up to No 7 in the world after ending her 2020 campaign with back-to-back tournament titles. She picked up right where she left off by winning her first event of 2021. Sabalenka’s 15-match winning streak came to an end at last week’s Gippsland Trophy, but with a couple of matches under her belt following quarantine she appears to be back on track. The 22-year-old booked her spot in the third round by beating Daria Kasatkina 7-6(5), 6-3 on Wednesday afternoon. Sabalenka will go up against Ann Li, who beat Alize Cornet 6-2, 7-6(6) victory over Alize Cornet on Wednesday.

Sabalenka: “I’m really lucky that I lost that match against Kanepi (last week}. I shouldn’t say that, but it was a really good lesson. It was even better to lose that one and kind of switch off, understand that you have to work, everything can happen.” #AusOpen

Other seeded winners: Muguruza rolls on

Also advancing early on Day 3 was No 19 Marketa Vondrousova, a 6-1, 7-5 winner over qualifier Rebecca Marino. No 14 Garbine Muguruza, the 2020 runner-up in Melbourne, eased past qualifier Liudmila Samsonova 6-3, 6-1. No 27 Ons Jabeur got the best of Anna Karolina Schmiedlova 6-3, 6-2. She’ll meet Osaka next.