World No 1 Ash Barty admitted it was “very strange” without spectators after triumphing at Melbourne Park on Saturday. 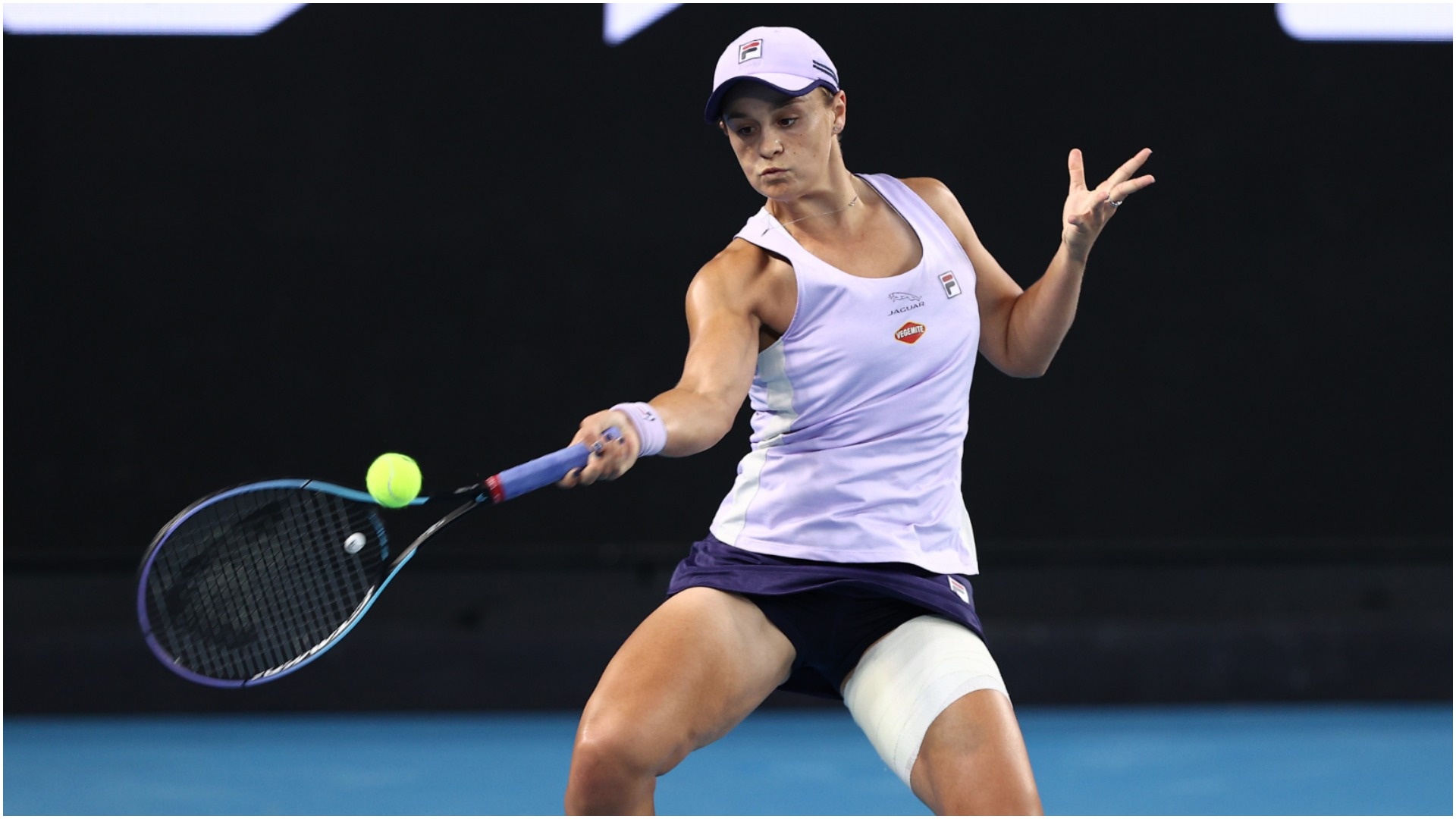 World No 1 Ash Barty battled back to win both sets against Ekaterina Alexandrova and book her place in the fourth round of the Australian Open on Saturday.

The Australian triumphed 6-2, 6-4 after one hour and 21 minutes on court, though there was no crowd present to cheer on the home favourite due to the five-day lockdown in place in Victoria.

Barty admitted that with fans having been allowed into Melbourne Park earlier in the tournament, there was a different – if not completely unpleasant – atmosphere to proceedings in the evening session on Margaret Court Arena.

“It’s very strange, it changes the sound of the court a little bit,” the Australian – who played with her left thigh heavily strapped having pulled out of doubles duty on Friday – said during her on-court interview.

“I love the crowd, but I love the sound the ball makes. It feels a bit like practice.”

The world No.1 is through to the fourth round at the #AusOpen for the third consecutive year.#AO2021 pic.twitter.com/KBSEJ1cKWu

Barty lost her opening service game as she quickly fell 2-0 behind at the start of the contest, though she hit back impressively to take the opener against the 29th seed.

The 2019 French Open champion claimed six successive games, hitting just five winners as the policy of keeping the ball in play paid off thanks to 16 unforced errors from her opponent.

Alexandrova was more consistent in the second set, leading to a break of serve that she quickly consolidated to make the score 4-2.

However, the Russian was unable to cling on to her advantage and, when serving to stay in the match, let slip two opportunities to extend proceedings. Barty will next face Shelby Rogers, who knocked out 21st seed Anett Kontaveit in straight sets.