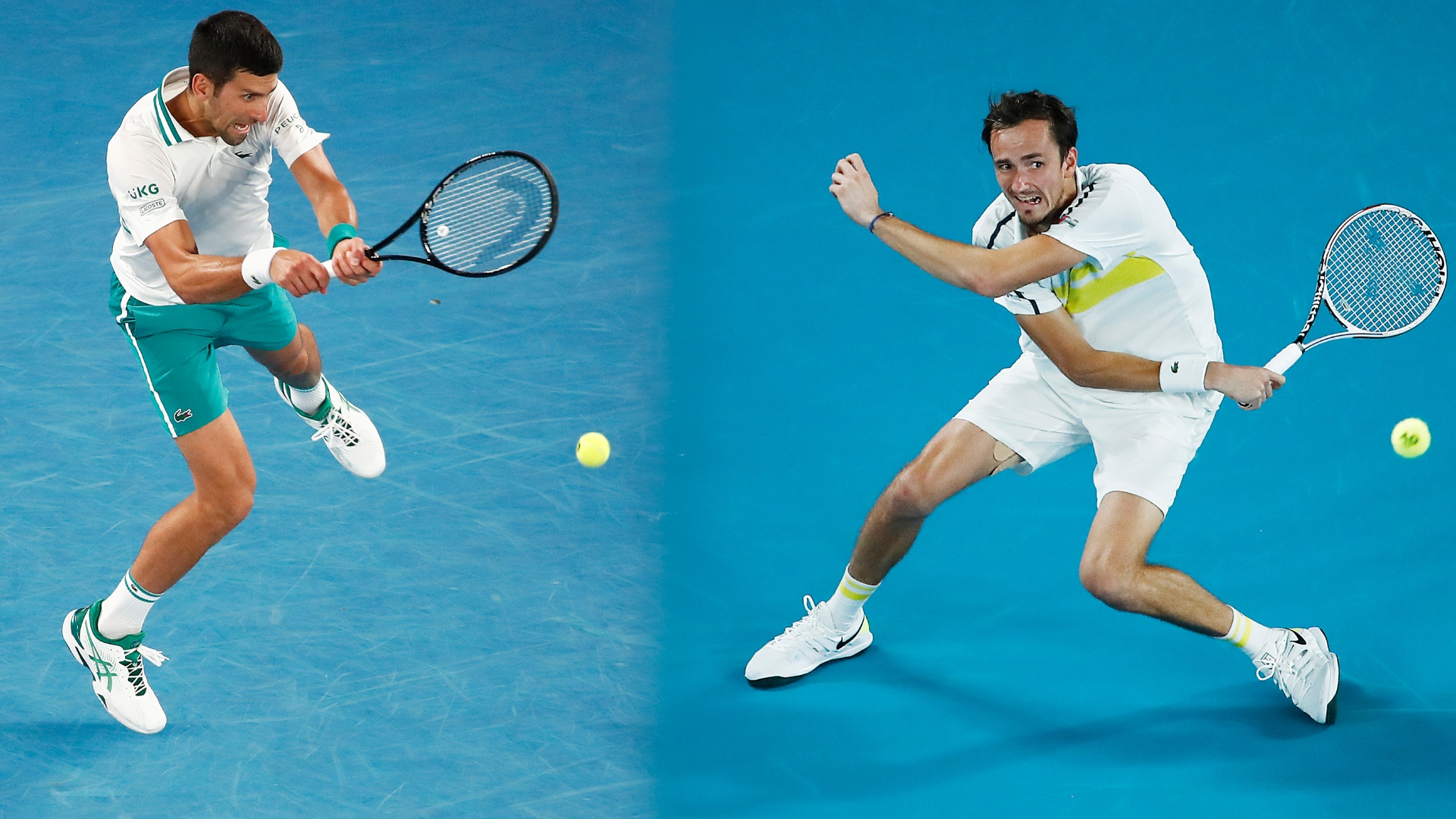 Novak Djokovic will take an advantage of having an extra day’s rest into the Australian Open final against the red-hot Daniil Medvedev.

Djokovic is set to compete in his 28th grand slam final and ninth in Melbourne as the Serbian star eyes an 18th major title on Sunday.

The 33-year-old looked in good form in a semi-final thrashing of Aslan Karatsev on Thursday – 24 hours before Medvedev impressively dispatched Stefanos Tsitsipas.

For the second year in a row, Djokovic will have an extra day’s rest over his opponent ahead of the decider.

Since 2000, players who have had the extra day’s rest have won 12 and lost nine of the 21 finals. Djokovic has had the slight advantage four times – and four times he has not – and he has won all eight finals.

Given he has battled a suspected abdominal injury at this year’s tournament, the additional day could be an important factor for Djokovic.

He faces Medvedev, who is on a 20-match winning streak that has included 12 victories over top-10 players. The latest of those was a 6-4 6-2 7-5 mauling of Tsitsipas in their semi-final on Friday.

A key for Medvedev in that success, in which he endured a third-set blip, was that it came in two hours, nine minutes.

Since 2000, men who won the second semi-final in less than three hours are 6-5 in deciders. That record drops to 3-7 when the last-four clash has exceeded three hours.

Of the three who have managed it after marathon wins, Djokovic achieved it twice – in 2012 and 2015, while Rafael Nadal was the other in 2009, when he beat Roger Federer in the final after winning an epic against Fernando Verdasco.

It leaves the extra day’s rest likely to be less of a factor on Sunday as both men chase history.